Australian Shelduck (Tadorna tadornoides), also known as the Chestnut-breasted Shelduck or Mountain Duck, or colloquially as “honker,” is a common bird where the female surprisingly has more color than the male. While the male is overall very dark, the female has white plumage around the bill and eyes. The rest of the plumage described is the same for both sexes. The bill, head, neck, and body are all black, with the head and neck being jet-black. Underneath the neck plumage is a line of white that separated the black neck from the chestnut breast. While in flight, Australian Shelduck displays a vibrant array of feathers. The marginal and secondary coverts are stark white, followed by the iridescent dark green secondaries, where one or two of the last feathers closest to the body are chocolate brown. The rest of the wing is black.

The Australian Shelduck has a breeding range that is found in southern Australia and Tasmania. The Australian Shelduck does migrate for the winter, just moving just northward to central Australia. As with other species of shelducks, this species exhibits site fidelity and returns to the same area every year to molt. Here, they gather in large numbers. The habitat that they are observed in the most are open lakes in the country. Australian Shelducks also frequent freshwater and brackish swamps, grasslands, open woodlands, and agricultural fields. 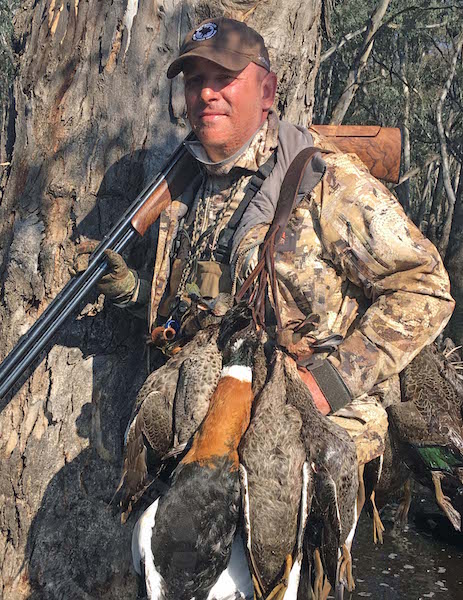 During the breeding season, Australian Shelducks nest in tree or bank holes, where they can take advantage of an abandoned or old burrow made by another species. Each Australian Shelduck clutch ranges from 8 to 15 eggs. Rather than being solitary nesters, this species bands together in colonies to take care of the young. Hatchlings are usually led to the water by their parents, and other adults in the nursery group take turns protecting the young so that other adults can forage and defend territory when needed.

MOUNTAIN SHELDUCK from Australia. They call them “honkers” – their distinctive clown-nose honk is a dead give away. They’re one of nearly a dozen waterfowl species endemic to Australia to include some other cool ones. Australia duck hunting encompasses 4 provinces, season running approximately March to October depending on location. Habitats range from flooded agriculture to magnificent flooded timber. 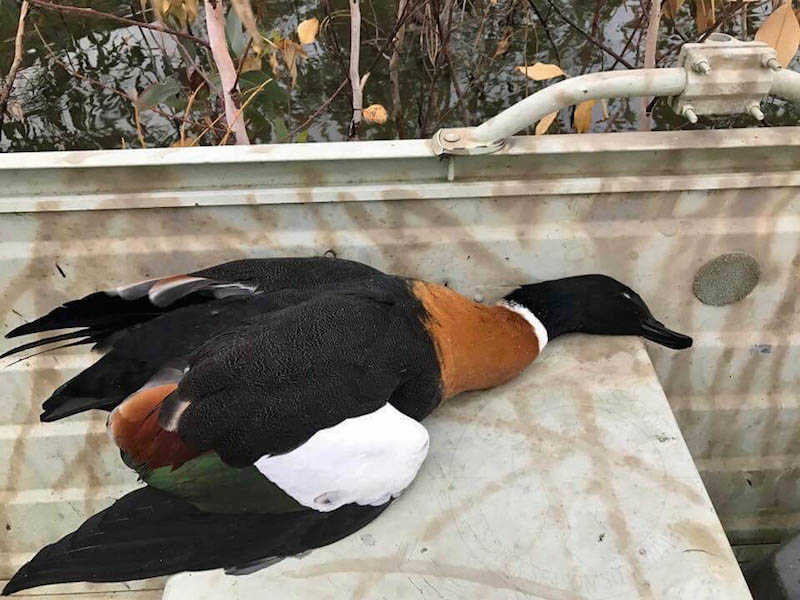