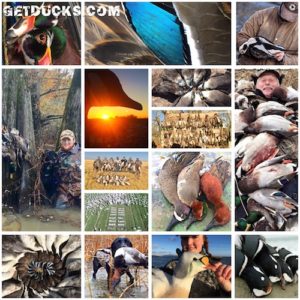 The North American Waterfowl Slam. It’s not a contest. It’s a personal quest.

Many accept the official slam as 41 species to include ducks, geese and swans. But what’s the real number?

To include Emperor geese (available to Alaska residents in 2017 and pending availability to Alaska non-residents in 2018) brings the number to 42. Notably differentiated subspecies of common eider, swans and brant, are readily huntable but absent from popular lists of North American waterfowl species slams that nonetheless include the blue color-phase of snow geese, which differ in color only. Why not include inter-grades, too, if that’s the case? There are still a few old-timers that can tell stories of having hunted during the halcyon days of waterfowl hunting throughout North America when Stellar’s eiders and spectacled eiders were still legally hunted.

“There are no fences in the sky,” a long-time friend and respected mentor once said. Your own North American waterfowl list may grow longer to include vagrant visitors to the United States, such as Eurasian wigeons, Eurasian teal, or pink-footed geese. Blue-phased Ross’ geese and blue-phased greater snow geese are not as prevalent as blue-phased lesser snow geese but exist. A European vagrant species might streak over your decoys one day. Breaking out the bafflingly various races of Canada and cackling geese could keep die-hards busy forever. The truth of the matter is that these bird-slam lists never really end. After completing your collection of North American waterfowl species, there are only 5 more continents to go (see our growing Waterfowl of the World page)!

Waterfowl migrate and many of us hunters follow. For many of us the reward is the experience; new waterfowl species are simply a by-product of the chase. Brant and eider hunting methods on the Atlantic and Pacific coasts are similar, but the experiences are much different. The birds are too. The GetDucks.com North American waterfowl species list represents the most complete listing of North American wildfowl slams. But it’s your quest. Adjust it as necessary.

Atlantic Brant (B. b. hrota)

Pacific Brant (B. b. nigricans)