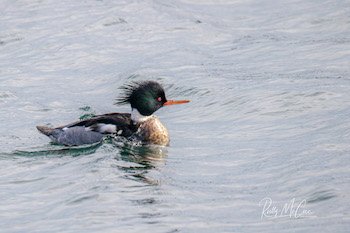 Red-breasted Merganser (Mergus serrator) has the same long, serrated bill and diving efficiency as the other species in the family, although they display a shaggy greenish-black crest. Below the head, a small white collar quickly transitions to a dappled brown breast. The drake shows a white underbelly, gray vermiculated sides, and prominent horizontal white spots in the black plumage behind the breast. Red-breasted mergansers defining characteristic is rapid flying speed (up to 81 miles per hour) right above the water, flashing white coverts and secondaries that are wider than other merganser species. The male has blood-red irises and a bill that ranges in color from bright red to a muted orange. Hens closely resemble those of the Common Merganser,  but the Red-breasted Merganser is smaller, displays more mottled gray mid-body plumage, and has a much lighter chin patch. 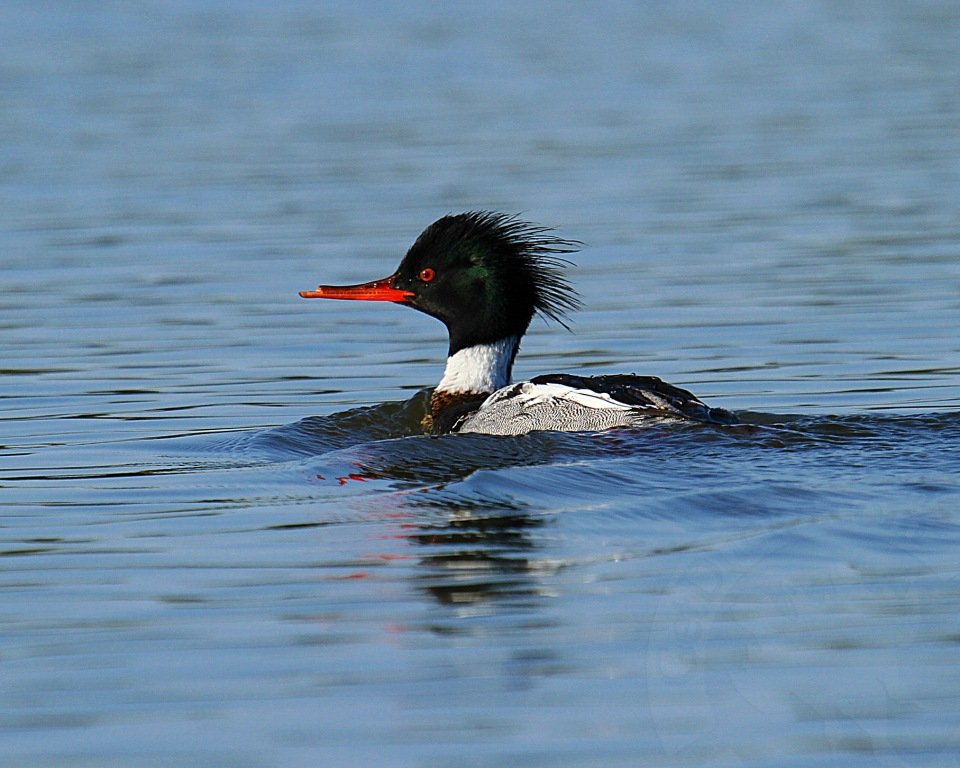 Migratory red-breasted mergansers’ breeding grounds range throughout Alaska, the northern half of Canada, Minnesota, Wisconsin, Michigan, and Maine. Their breeding range is the most northern of any American merganser species. Red-breasted Mergansers do not nest in cavities, instead choosing to make ground nests in dense vegetation near water. Red-breasted mergansers winters around the Atlantic, Gulf of Mexico, and Pacific Coasts with smaller populations found in the western United States and as far south as the Sea of Cortez.

RED-BREASTED MERGANSER. Swinging hell-bent off the open bay and into quiet cove, mere inches above the water, a pair of streaking blurs fueled by rapid wing beats, coming to feed on fishes the tide was pushing around, same as the short brown humans in the blue wooden pango that were casting nets towards a nearby shoal. Swinging through the rear bird and allowing about a Silverado’s worth of lead, the pattern engulfed him at the trigger-pull and he skipped like a lifeless stone across brown brackish water. Char Dawg soon returned with her own new species. A large sawbill, red-breasted mergansers are also the most handsome in my opinion. Dark green head with spiked crests, fiercely red bill and feet, white neck with pebbled sand-colored breast, a black back, heavily vermiculated rump, white underparts. Black and white flashing rocket-powered darts seen over the water at a distance. In hand, large white painted tear drops preceding side pockets. Beautiful. And fast. It’s been said that red-breasted mergansers have been clocked at about 100 mph. I’ve seen antique red-breasted decoys, tufts of horse mane tucked into the wooden heads to fashion the crest, so i know they were once targeted for the table, but I’ve never had the courage to cook these fish-eaters in the modern era. One of 2 final species collected for the “41,” the handful I’ve taken were all destined for the game room, and all were taken in bays along Mexico’s Sea of Cortez. I can’t recall seeing as many elsewhere I’ve hunted. 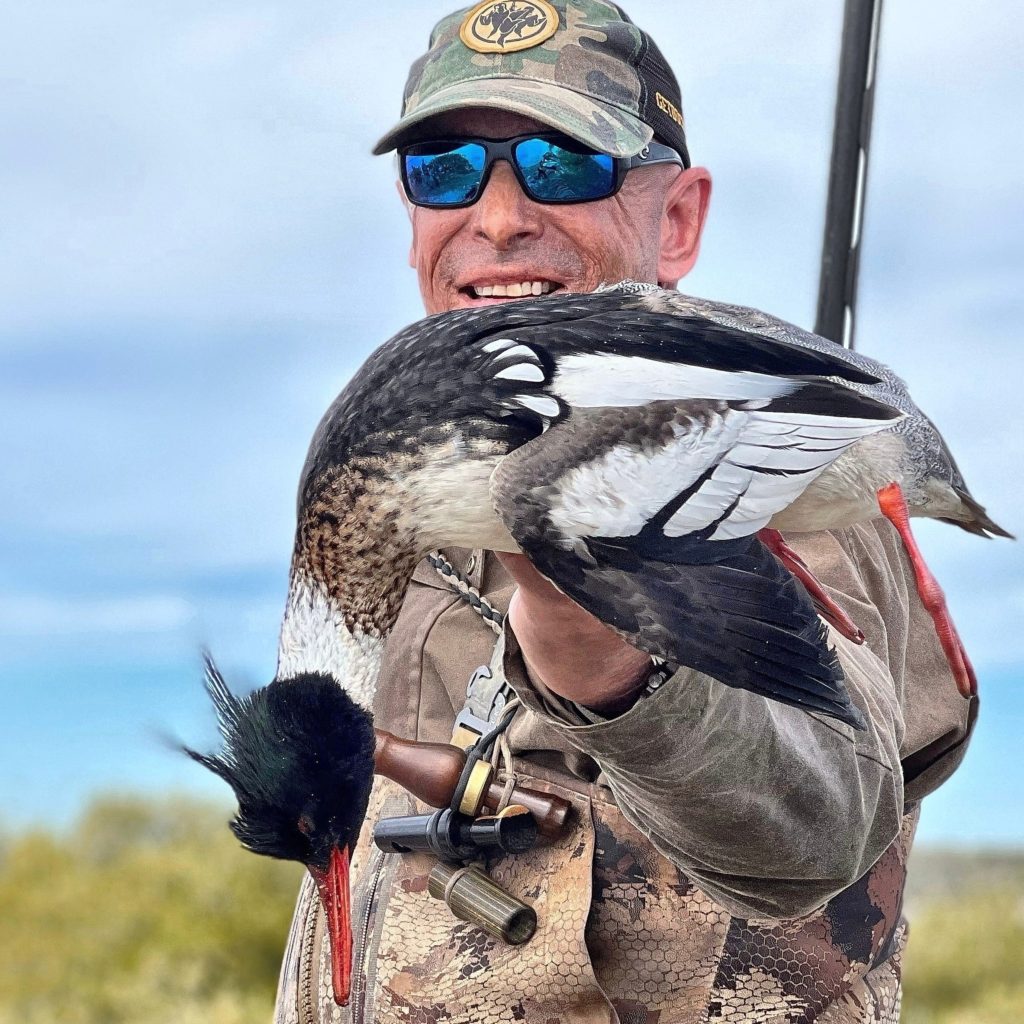