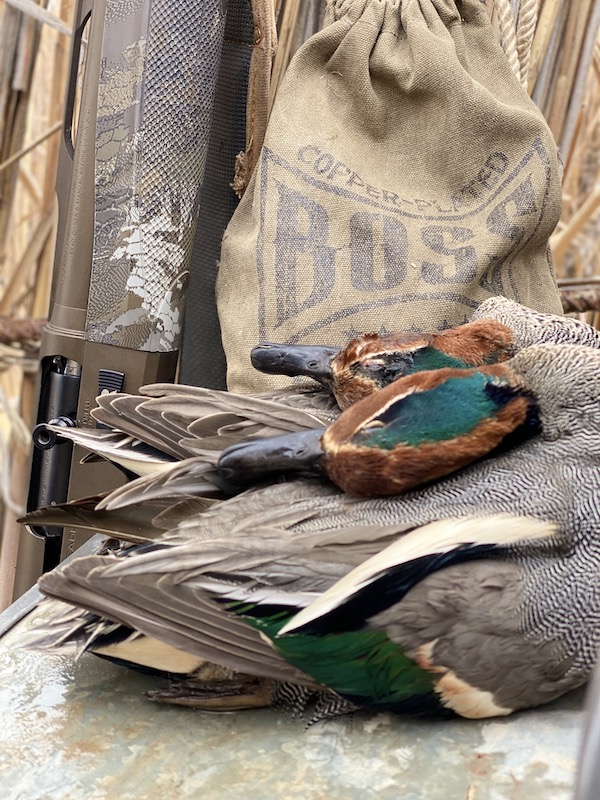 Common Green-winged Teal heads can appear quite large when compared to their overall small stature. The plumage on the head is rusty with a bright, thick stroke of teal green running above and below the eyes. The midsection plumage is highly vermiculated with grays, blacks, and whites, with the chest a being dappled light brown. Female Eurasian Green-winged Teal are brown with large, cream dapples from their chest to their underbellies. They have the same green secondary feathers that the males do. Juveniles and females have similar characteristics, and unlike other species, juveniles display more prominent plumage.

Common Green-winged Teal’s breeding grounds span across almost all the Palearctic region. During this time, individuals will forage for aquatic invertebrates in freshwater systems with dense and tall vegetation. For populations that breed in temperate Europe, wintering grounds often overlap with the breeding grounds; that population is considered to be residents. Wintering grounds range from the southern coast of Asia, most of India, northern coast of Africa, Spain, and Italy. Large proportions of Common Green-winged Teal rely on the areas surrounding the Mediterranean, Japan, Taiwan, and South Asia. Sightings have also been recorded in California and South Carolina. The majority of their winter diets is plant matter that can be found in brackish water, often near the seashore.

Common Green-winged Teal are gregarious outside of their breeding season. During this time, they will form large flocks that are easily identifiable due to their noisy behavior. While not quite being termed “loud,” males have a crisp and far-reaching cryc or creelyck whistle. Females usually have quiet quacks. During the breeding season pairs do not frequently engage with other individuals until the females have laid their eggs. At this time, males will meet in large groups to begin molting. 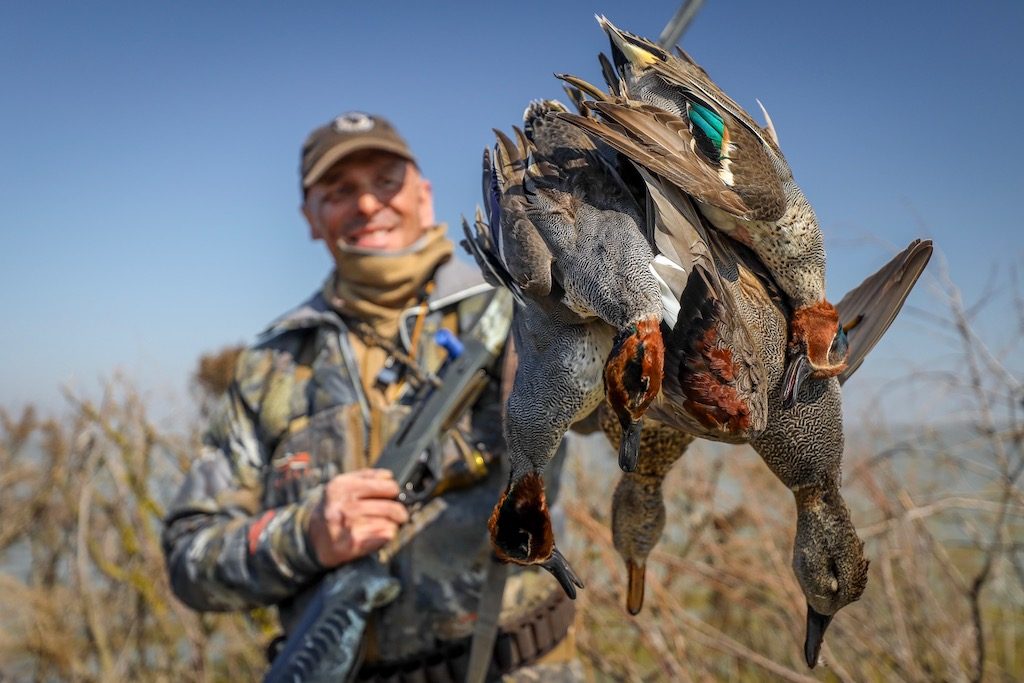 COMMON GREEN-WINGED TEAL. Seems like an awful long ways to go just to shoot green-winged teal. We’re here looking for other, more exotic duck species, but common green-wings are plentiful. They’re also favored as tablefare by our Azeri hosts, who prepare them simply in wood-fired mud ovens. The first common green-winged teal, or Eurasian green-winged teal, I shot was in the northern Russian province of Karelia, near the White Sea. Have since taken them elsewhere in Eurasia to include Mongolia, Pakistan, Romania, and here in Azerbaijan. Habitat preference and behavior of this similarly sized nominate race is identical to North America’s Green-winged Teal subspecies. At a glance, they may appear similar, but note that in common green-wings there is a conspicuous white stripe formed by the lower scapulars and extending into the tertials. The white vertical line on the side of the breast is absent in common green-wings. Facial white lines are more distinct on commons; their chest is more gray than buff-colored. According to Sibley, the “Aleutian green-winged teal,” used to be recognized as a third subspecies. It is taken in coastal Alaska and sometimes further south along the Pacific Flyway. It is slightly larger, but presently classified as population of common green-wingeds that breed primarily in Siberia. Bergman’s Rule would account for the increased size of Aleutians. Or maybe it wouldn’t. 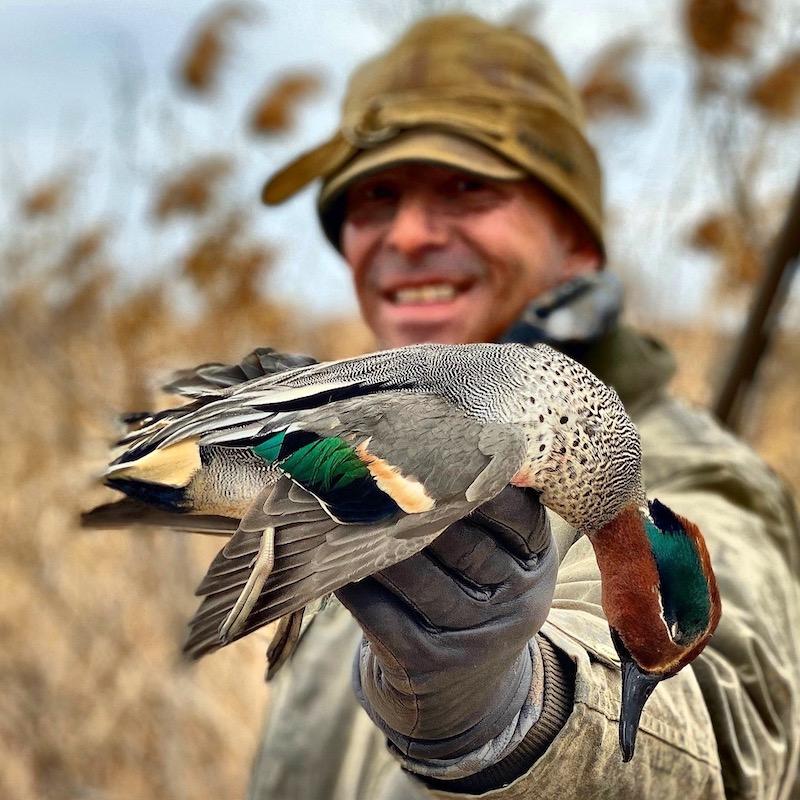