Common Pochard (Aythya fernia), also known as the European Pochard, looks strikingly similar to its American cousins, the Canvasback and Redhead. The Common Pochard’s bill is black with a thick band of blue around the middle, and comes off the face almost horizontally in a more subtle manner than the Canvasback’s.

Common Pochard males have small eyes with bright red irises. The triangular head is a deep chestnut to rust color, the chest and tail are blueish-black, and the midsection is lightly dappled and silver. Common Pochard females can have completely brown plumage, which is darkest around the crown of the head. Some females do have white markings between the back of their head to their bill. They also display red irises that are more muted than the males. Juvenile plumage closely resembles the females. 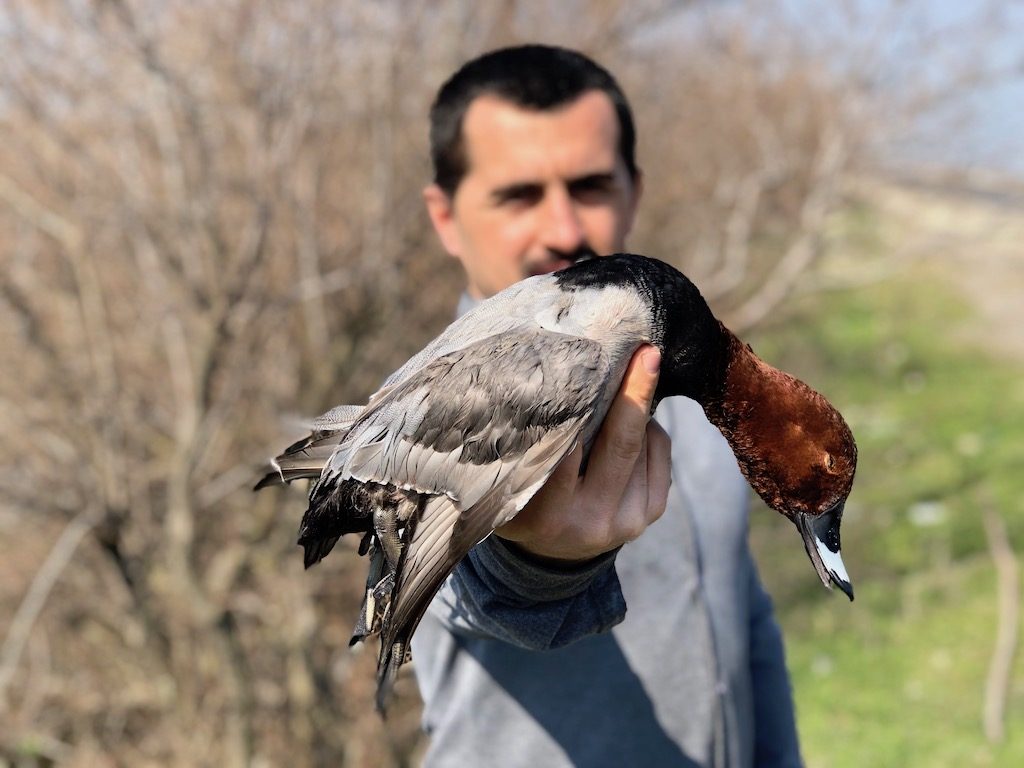 This mid-sized diving duck forages in marshes, lakes with emergent vegetation (primarily reeds), and open reservoirs. Common Pochards are omnivorous, primarily foraging for aquatic plants and supplement their diet with small amounts of mollusks, insects, and small fish. This species has an affinity for shallow bodies of water when it comes to foraging. While being classified as a diving duck, during their nocturnal feedings this species will also dabble.

There is a large area spanning from Europe to Asia where there are resident populations of Common Pochard. For migratory populations, preferred wintering grounds are on or near the sea or on frozen lakes in south and west of Europe. There are also populations that winter in Egypt, India, and southern China. Breeding grounds are found in temperate and northern Europe and through the Palearctic. Common Pochards are gregarious not only with their conspecifics, they often share their breeding grounds with other species of diving ducks, especially with Tufted Ducks. There has been frequent documentation of these two species hybridizing.