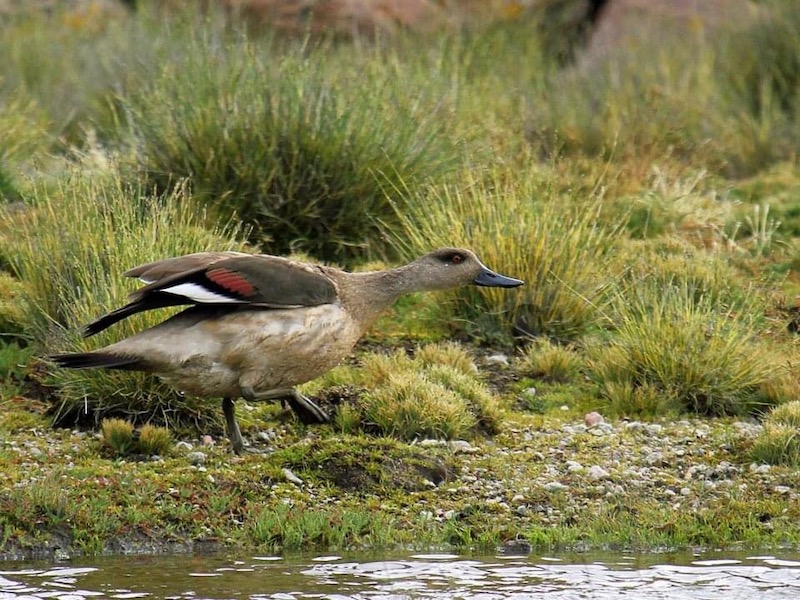 Crested Duck (Lophonetta specularioiodes) is native to South America, and are among the mountain species targeted in Peru. There are 2 recognized subspecies: the Andean Crested Duck and the Patagonian Crested Duck. This is not to be confused with the domestic species of Crested Duck, which is all white and has a large cluster of plumage on their crown that represents a powdered wig. The wild species of Crested Duck is a medium sized dabbling duck found at higher elevations within the Andes Mountains.

Male and female Crested Ducks display similar plumage. Males can be distinguished by their more prominent colors. Crested Duck juveniles are also similar but do not display the same crests and have light brown face plumage. One bold characteristic is seen in flight with their spectacular white speculum with a thin line of black plumage surrounding it. They also have bright red irises that are surrounded by dark brown plumage. Their crest is long and mostly on the back of their head and are an extremely light brown. Bills are jet black. Body plumage is stunning in a simple way, with subtle dappling that is creamy white.

There is little social interaction between individuals who are not mated pairs. Crested Ducks are a monogamous species that are found breeding year-round and only form flocks when there is high forage resource availability. Funnily enough, this species is very cooperative when living near other species of birds, and prefer to not be around members of their own species. Pairs choose to nest on the ground near water in areas that provide dense grass and/or ferns to camouflage their cream-colored eggs. While able to breed year-round, pairs typically have two to three broods per year, which range from five to eight eggs. Females are the only parent involved in the incubation process.

While Crested Duck diet is variable based on where they are found, they have been documented consuming zooplankton, clams, other marine amphipods, and kelp. They are found in a variety of habitats that include lakes, marshes, and grassy areas that range from shallow bays to higher elevation wetlands.

CRESTED DUCK. Still well above 10,000 feet in the Andes Mountains of Peru, my ears had nonetheless popped as began the long, bumpy descent, still looking for that last of 4 mountain species. My favorite one, too. Everyone asks about torrent duck, a merganser-like species that plies their trade in cascading mountain streams, competing with trout to eek a living and protected for some strange reason having nothing to do with science for nearly a decade. I don’t get their allure. Crested Ducks dabble for invertebrates in shallow, mucky water bodies scattered among the high altiplano. Named for the drake’s subtle, green-winged teal-like crest, their butterscotch colored breast is flecked, flanks and back marbled like creamed coffee, streaming pintail-like retrices, black-and-white secondaries lapped with shimmering bronze secondary coverts, popping in flight. He was sleeping on a pond edge behind a small mountain home. Walking across 60 meters open ground, past a pair of Andean geese, smiling as I closed to within 35 yards. He awakened, raised his head, but it was too late. Post-kill celebratory coffee and pastries with a mountain family that raise alpacas and sheep for wool, them probably wondering why someone would travel so far for a bird, me wondering why I’d waited so long to return to Peru. 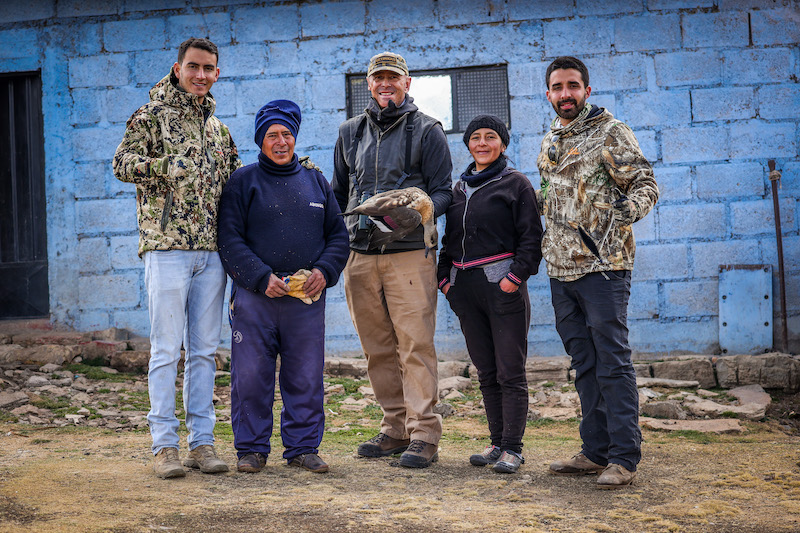 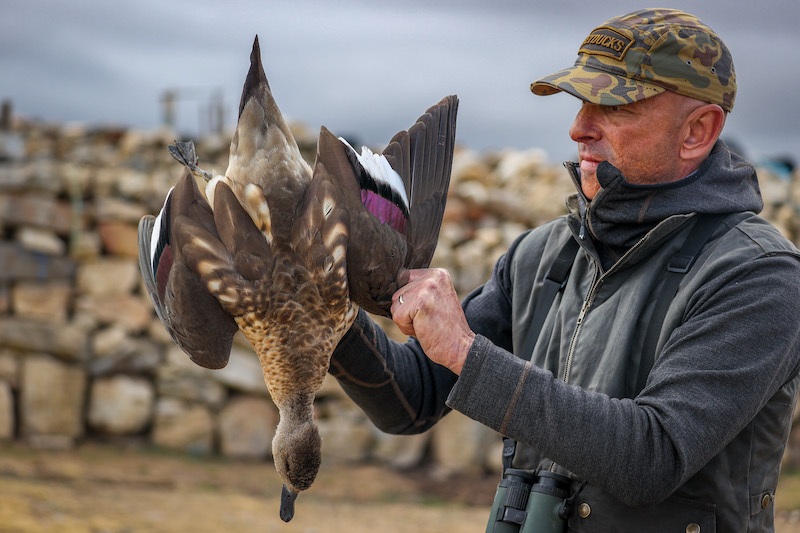