Garganey (Spatula querquedula) duck is at the same time has simple and intricate plumage that is comprised of only brown, white, and black. This small species of duck has three sections of varying vermiculation. The chest is brown with blotchy black vermiculation, the midsection is white with fine vermiculation, and the rear is creamy white with broad strokes of black vermiculation. One of the most noticeable features of the Garganey is the bright white brush strokes that begin at the eyes and slowly trails down the back of their head. Only seen in flight are the male’s pale blue speculum that has a white outline. Females have duller brown plumage with prominent, dark markings around the eyes that are useful when distinguishing from female Common Teal and sometimes Blue-winged Teal. Other characteristics that are helpful include the grey bills and legs.

While considered a dabbling species, Garganeys prefer to skim the surface by shaking their heads in the water rather than upending itself when foraging. This is a unique behavior that can be used to identify this species from other species, especially when it comes to distinguishing females. Foraging takes place in wetlands with reedy vegetation along the borders.

Garganey will often forage in groups with their conspecifics as well as other dabbling species. During the breeding season, the diet focuses on aquatic invertebrates, tadpoles, small frogs, fish, and most parts of aquatic plants. Non-breeding season birds rarely eat anything besides seeds, sedges, wild rice, and grass.

The breeding range for Garganey duck extends throughout Eurasia where pairs prefer to nest near quiet marshes with ample vegetation, as they can be secretive birds. The habitat preference during this time is likened to that of the Blue-winged Teal. Other ideal habitats include shallow ponds and lakes, swampy meadows, and flooded fields. Wintering grounds for these long-distance migrants are found in central and eastern Africa and southern Asia. 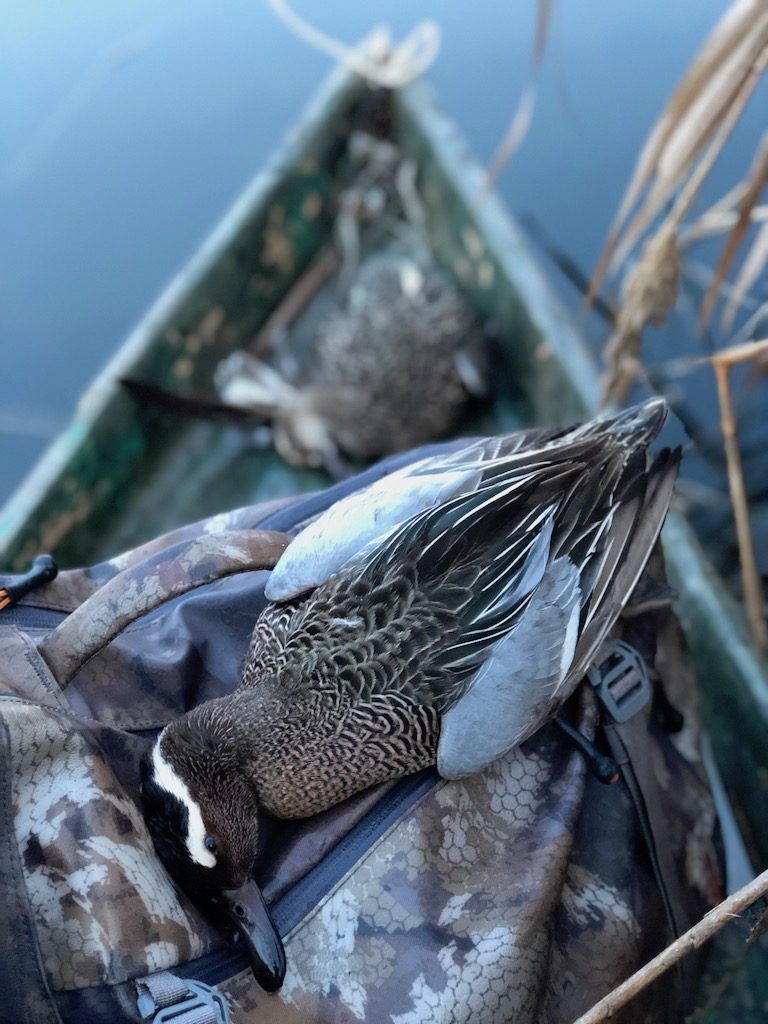 GARGANEY. They were absent when we hunted last year because, we were told by local hunters, they migrate earlier and later, similar to our blue-winged teal. But they’re here now and have so far been the highlight of my hunting. Breeding in Western Asia, they’re said to overwinter as far south as Australia but primarily Southern Africa and India. This vast wetland is in the Garganey migratory corridor. About the size of blue-winged teal, Garganey upper coverts wing patch is as slate gray-blue as a cloudy sky, trailed with streaky white scapulars. Responding to fast teal barks, the pale blue secondaries and white edges are conspicuous when they bank deftly teal like into the decoys. The red-rust head has delicate white lines, reminds me of sunfish facial markings. The contrasting white crown is a dead give away of drakes. The first Garganey I saw passed unscathed at about 35 yards. I’d been too busy looking and putting it together to shoot. Plucked, butterflied and grilled, they’re absolutely delicious too. Travel half-way across the world for a duck? Yep. 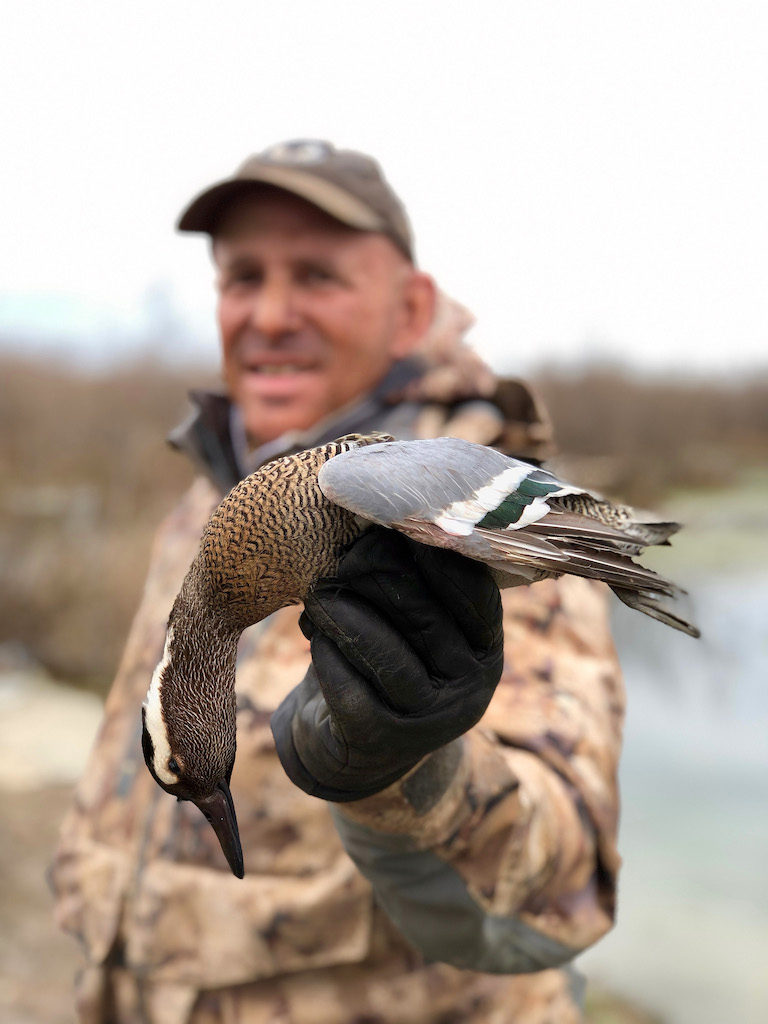