Paradise Shelduck (Tadorna variegata) is a native species found in New Zealand. As with other shelducks, this species is large and goose-like. Males and females are incredibly different in regard to their plumage. Male Paradise Shelducks are darker, with overall black plumage while females display snow-white heads and chestnut bodies. Males have a jet-black head that is followed by a dark brown neck and highly vermiculated black and gray sides. The female’s body plumage appears more patchy, with small spots of black and brown vermiculation, some of which are just found on the tips of the feathers. 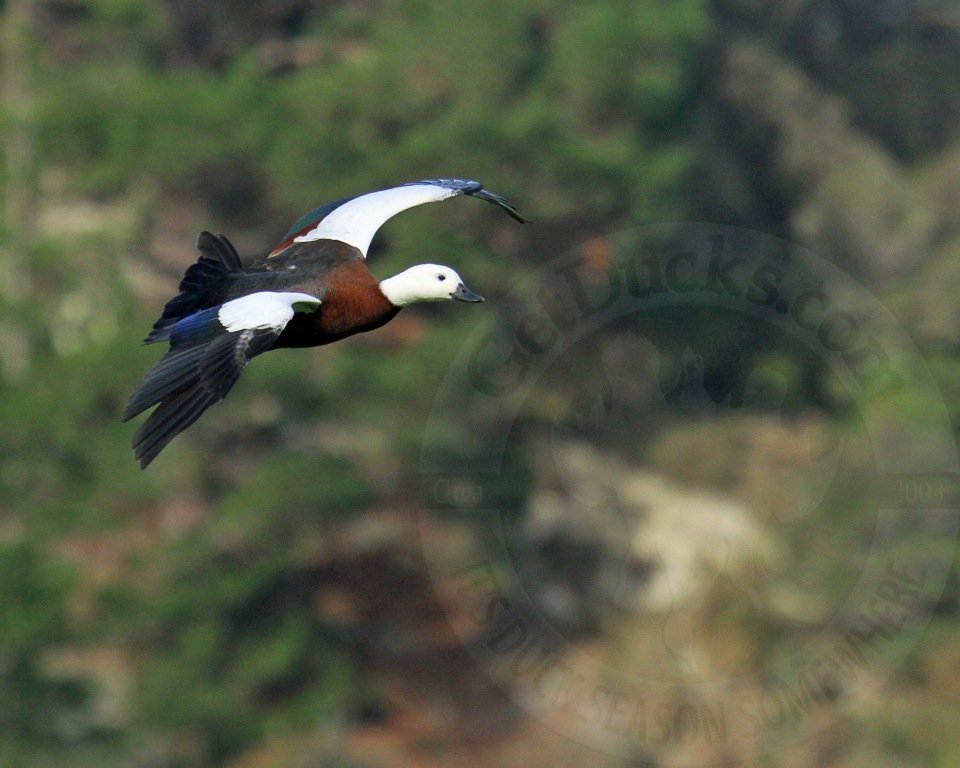 The Paradise Shelduck is found on both the North and South Islands, though they are more common on the North Island. Preferred habitat changes depending on the island which they reside. On the North Island, this species can be found by riversides, farm dams, and natural pools while on the South Island they live in tussock river valleys and high-country lakes. Both residents, regardless of the island, are attracted to pastures, tussock grasslands, and saline, brackish, or freshwater wetlands. Here, they primarily consume plant material and can be a bother to croplands during molting season.

Paradise Shelduck typically lives in pairs except during the molting season where they gather in groups for safety. Pairs build long-lasting bonds that continue at least a few breeding seasons, if not their lifetime. They display site fidelity for their breeding grounds and aggressively protect it. Two Paradise Shelduck females will sometimes have “collective” nests that have over 12 eggs, while a normal clutch for one female is 5 to 15 eggs. To draw predators or threats away from their young, they will pretend to have a broken wing, a behavior that many birds use. 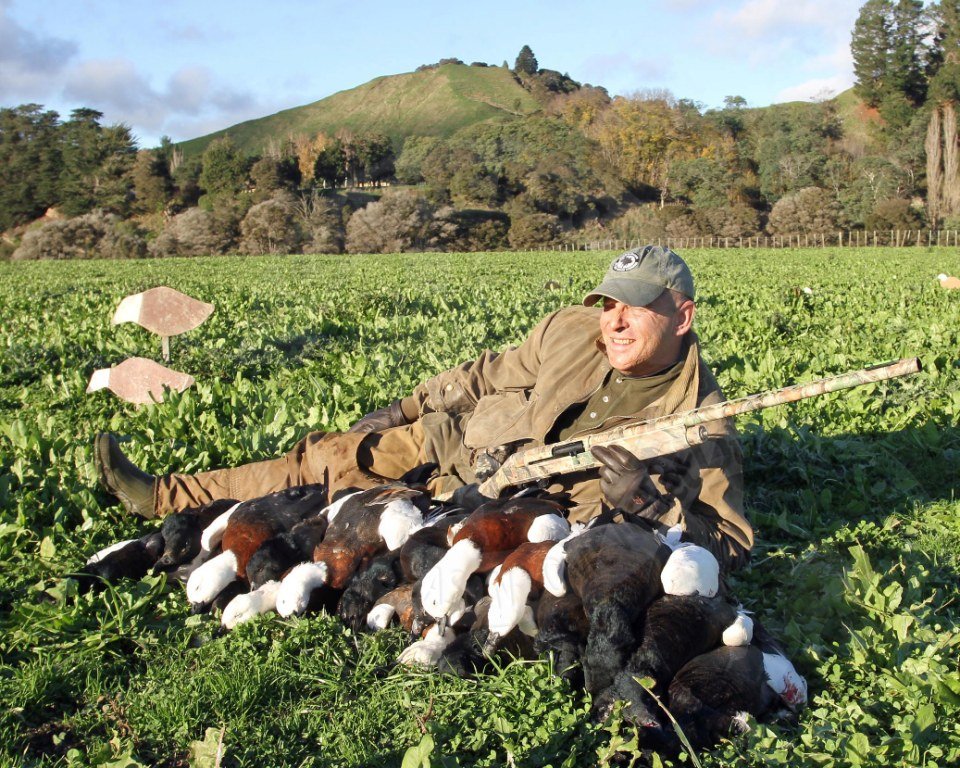