Pink-eared Duck (Malacorhynchus membranaceus) is truly one of a kind with an incredibly long, shoveler-like gray bill that looks like there are dull fangs coming off of either side of the tip due to flexible mandibular flaps. The namesake “pink ear” is a small pigmented spot of plumage on either side of the head a little bit above the brown eyes. The eyes are also very large for the face of this species. There is black or dark brown plumage around the eyes that extends to the back of the crown and down their neck. The rest of their face is a soft gray color.

Pink-eared Duck has very chunky black and white barring beginning on the chest and ending near the tail, resembling the pelt of a zebra. Everything except for their head is very large and rotund. The wings, whether seen during flight or at rest, are brown with most of the secondaries tipped in white. Females are not at bold as the males in plumage color and display the same pink ears.

Tiny pink-eared ducks in Australia look exactly like something you’d expect in the land of kangaroos and duck-billed platypuses. The fleshy mandibular flaps on their bills are for feeding on plankton, a principle food source. One of about a half-dozen species hunted in Australia. 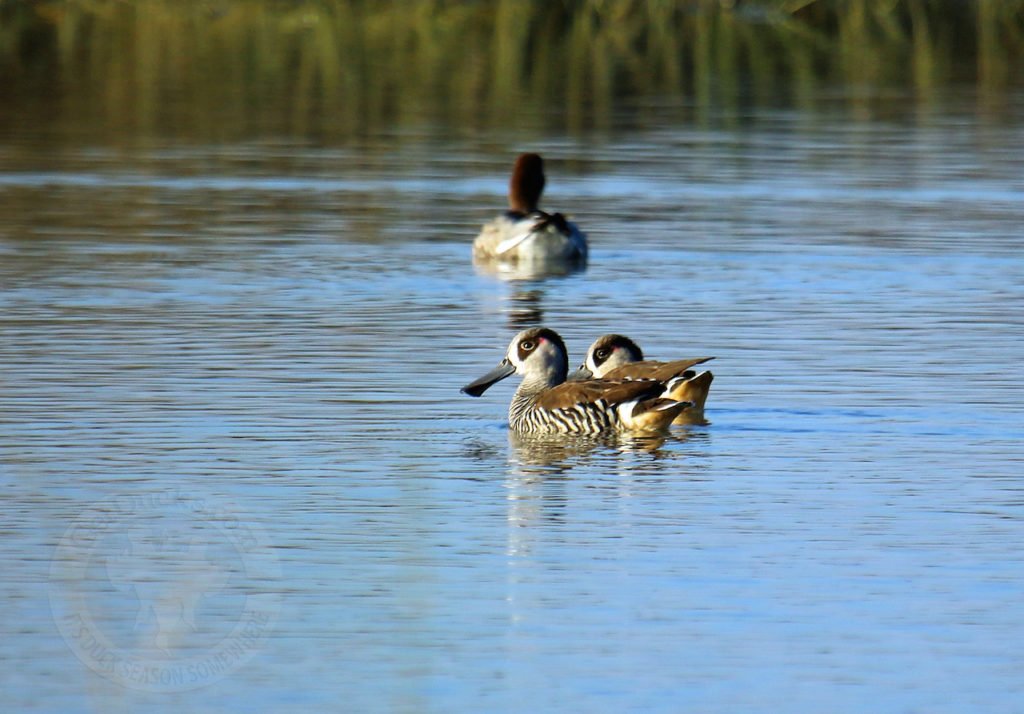 Pink-eared Ducks are found on almost the entirety of Australia, leaving some of the central eastern part of the continent vacant. This species can either be a part of resident or nomadic populations, with the nomadic population having a greater expanse of range along the north, east, and west of the continent. Resident populations are found on the southwestern coast and southern coast closer to the east. Smaller populations of resident ducks are found in small pockets around the continent. In these areas, they can be found wherever there is standing water, and breeding waters tend to be shallow flood plains.

The breeding season begins when dry pools are filled with water. This species is very picky on the particular time to begin, and if they do not like the conditions, they may not breed. This can be an issue with the new trend of extreme weather, because longer droughts may keep this species from reproducing.

Pink-eared Ducks, while filter feeding like other species, also display a unique foraging behavior called “vortexing.” They create a vortex by paddling around a specific point to create a spinning water column to feed from. Common staples of their diet include plankton, crustaceans, mollusks, and insects. 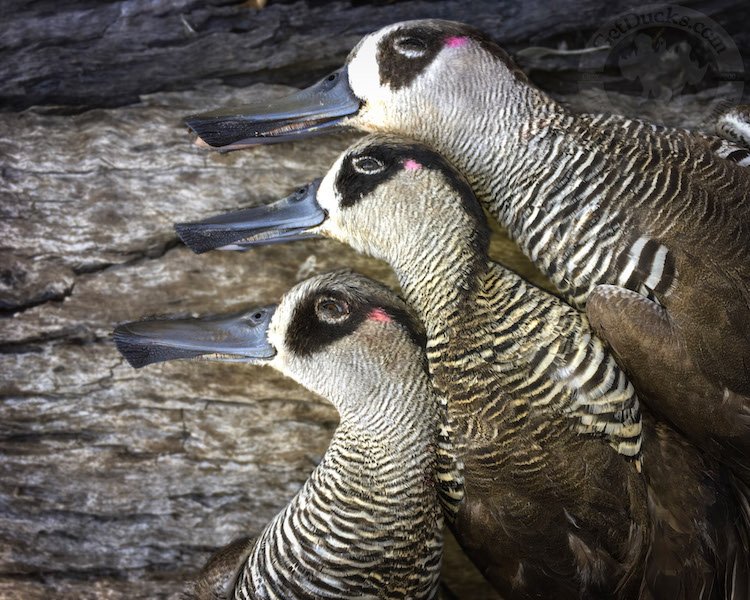