Ruddy Shelduck (Tadorna ferruginea), also known in India as the Brahminy duck, is an easily identifiable goose-like duck species. Sexes look similar. The majority of their plumage looks is a beautiful singed-orange color. They have long, jet black tail feathers that match their shorter, sloping bill and black collar around their neck. The top of their hear is an orange-tinted white color that gradually changes to the singed orange plumage at the cheeks. Their wings are typical for shelducks with bright white coverts, black primary coverts and primaries, and deep green speculum. Ruddy Shelduck females have similar plumage that is duller, and the white plumage on the head can sometimes extend below the cheeks. Note: adult drake heads tend to be darker and the dark neck ring highly conspicuous.

Ruddy Shelducks are native to Eurasia and Africa, with small populations residing in northwest Africa and Ethiopia year-round. The majority of this species will breed from southeast Europe to western China beginning in March or April. Ruddy Shelduck prefer inland bodies of water like lakes, reservoirs, and rivers but will nest far from these places because nesting areas are typically crevices or holes in cliff faces. We’ve found them in Mongolia and sometimes in Azerbaijan. 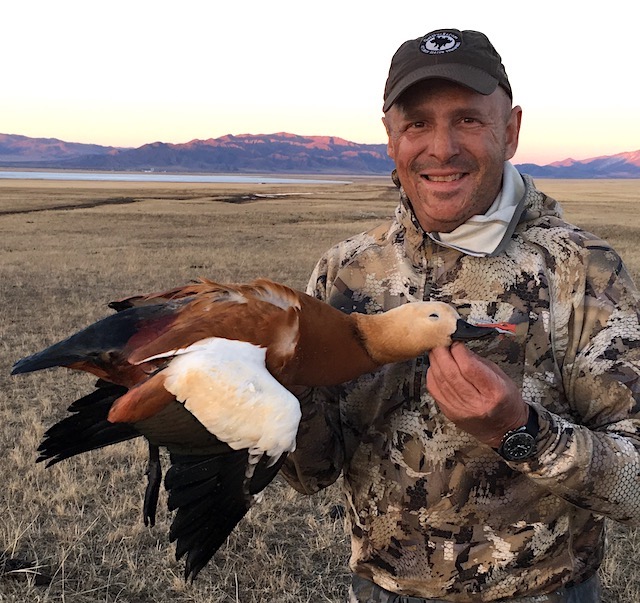 Ruddy Shelducks are monogamous and stay with the same mate for long periods of time, if not for the rest of their lives. Only females will incubate the eggs and both individuals are aggressive to any species that comes near their nest during this time. Both sexes take care of the young for around eight weeks. Family groups sometimes stay together during the molting and wintering period.

Ruddy Shelduck is largely nocturnal, feeding on both plant and animal matter. Foraging behavior rarely, if ever, includes diving as they prefer to dabble or up-end in the water. Whether this species is foraging or migrating, they prefer to either remain in pairs or small groups. The only exceptions would be the common molting and wintering grounds with records of up to ten thousand. 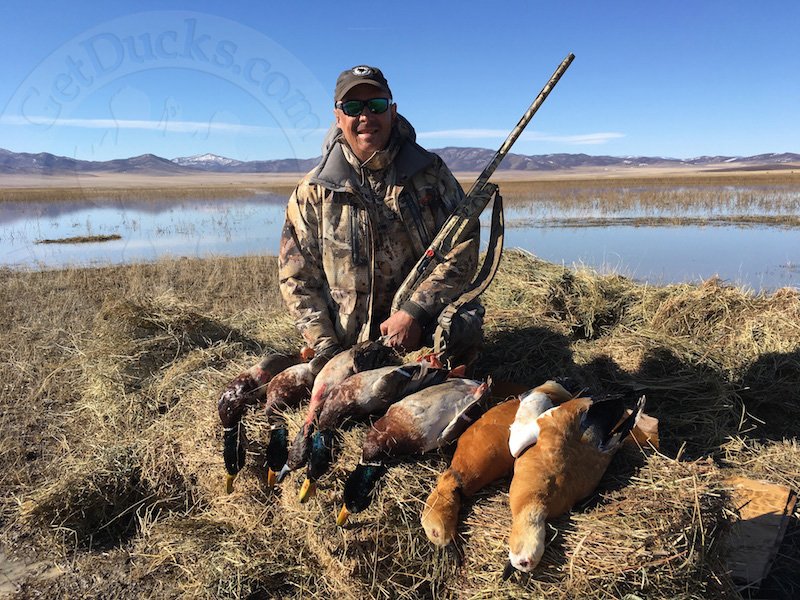