Ramsey Russell Worldwide: A Conversation With Mat Schauer on The State of The Migration 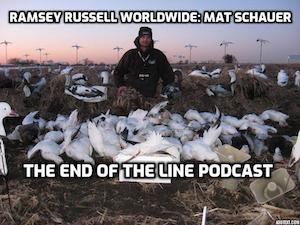 In this edition of The End of The Line podcast, Ramsey Russell is joined by Mat Schauer, of Northern Skies Outfitters, to discuss the migration of waterfowl. Mat tells us what it is like to chase them from the top to the bottom and back to the top. He also talks about what it is like for a guide when bands are killed on hunts. It is a very, very interesting Ramsey Russell Worldwide episode from an expert that knows the waterfowl migration like a best friend. 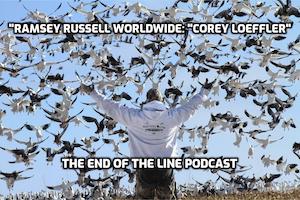 In this edition of The End Of The Line podcast, we introduce Ramsey’s new project as a part of The End Of The line podcast. It will be called “Ramsey Russell Worldwide.” This series will consist of conversations with an array people involved in waterfowling – duck hunters, biologists, influencers, conservationists, guides near and far. As Ramsey travels around the world, conversations with waterfowling leaders that are apart of his daily life will be recorded. It will be very informal and informative.

The first sit down Ramsey did was with Corey Loeffler of DRC Calls in Minnesota. Corey and Ramsey talk about the Canada Geese “molt migration.” It is a very informative and interesting conversation, especially being from the Deep South, where Canada geese are no longer part of the waterfowl hunting culture.

“Old Enough To Call Your Own Shots Now ” with Ramsey Russell 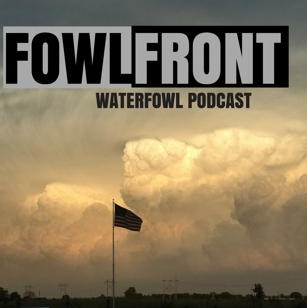 Stories you haven’t yet heard! This week Fowl Front Waterfowl podcast, Ben Page sits down with Ramsey Russell, a great man, dedicated waterfowl hunter, passionate conservationist and hell bent on helping people have the hunt of a lifetime through his business, www.Getducks.com. We talk hunting ducks in Mongolia, Azerbaijan, Pakistan, and South America. He also describes being detained in China and tells stories of hunting with his grandfather-mentor. 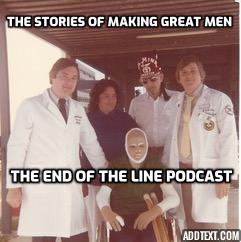 In this edition of The End Of The Line podcast, we look back on some of the greatest moments that made some of the great men that have been on the podcast. First, we start of with Pat and Patrick Pitt. They tell the story of Pat having a heart attack while duck hunting and the story that followed. Second, we return the story of Ramsey Russell. Ramsey was burned in a explosion that really really came close to taking his life. Finally, we go way back to Jake Latendresse’s story, “The Climb.” Jake had a horse fall on him in eight hours from the nearest town. There were moments that Jake wondered if he would ever get back to his family. Great! Great men! Great! Great stories!

Greatest Retriever Stories Ever Told On The Podcast 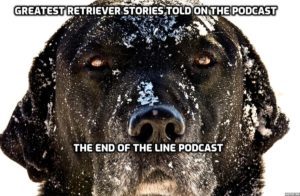 In this edition of The End Of The Line podcast, I look back on the best retriever stories ever told and there have been some good ones. First, we start it off with a story from one of my good friends and it comes from one of the most requested episodes ever. It is the story of Justin Harrison(Gator) and his dog Gauge. Then, We can’t do a greatest dog podcast without including Pat, Patrick, and Stephen Pitt. They talk about how important a good retriever is to a hunt and then they talk about some of the most memorable and last retrieves with some of their retrievers. Then, we look back on the story of Tess the Wonder Dog with her owner Steve Horn. Tess was a dog that was shot in the head on a duck hunt in the MS Delta and survived miraculously. Finally, we close it out talking to Ramsey Russell about the most famous hunting partner he ever shared a blind with. It wasn’t a person. It was a retriever and maybe the most famed that has ever lived. 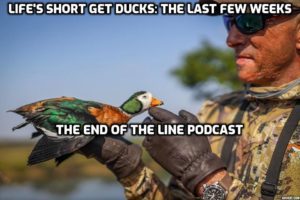 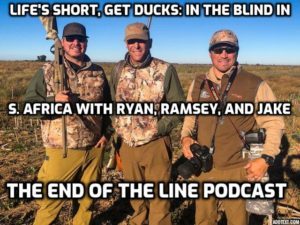 In this edition of The End Of The Line podcast, I am joined by Ryan Bassham, Ramsey Russell, and Jake Latendresse from South Africa. We talk about the waterfowl hunting there and the different species the guys are seeing. How do they do it differently down there? What does the landscape remind them of? Then, more importantly, we visit about what it is like being in the blind with these three guys. What do they talk about? With all the hunts they have been on lately together, it has to be like putting on a glove for them. What is the common thought on life they all live by and they talk about in the blind? 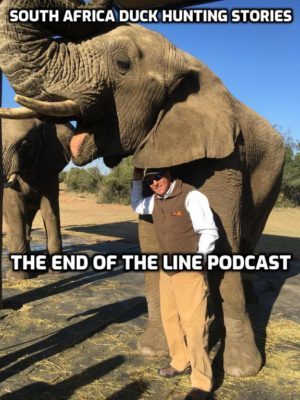 In this edition of the The End Of The Line podcast, Ramsey Russell meets with Rocky Leflore before heading out to South Africa. In upcoming weeks, Ramsey will be plains game hunting South Africa with family for a week, and then join Ryan Bassham and Jake Latendresse to shoot another webisode in the Life’s Short, GetDucks short film series. Ramsey talks about past hunting trips to South Africa and what you could expect as far as wingshooting goes there. 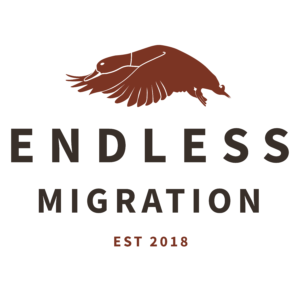 This week on Endless Migration podcast episode #2, Jake Terry is joined by Ramsey Russell of GetDucks.com. Ramsey has traveled to and hunted some of the most legendary wetlands in the world, harvesting over 100 species of waterfowl. Ramsey is one of the most passionate waterfowlers ever met. It’s easy to get lost in his stories and his refreshing outlook on waterfowl hunting, and life for that matter. 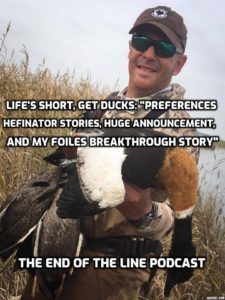 In this edition of The End Of The Line podcast, Ramsey Russell and Rocky Leflore get together for another episode of the Life’s Short, Get Ducks series. They talk about our differences in taste. We find out Ramsey may very well be a liberal. Then, Ramsey tells some stories from his days of knowing Rob Heflin. Rocky surprises Ramsey with some huge potential guest news. Find out who it is. If it happens, it will make the podcast legendary. Finally, Rocky tells Ramsey about an epiphany he had while investigating the Foiles case, what he believes led the Feds right to Jeff’s door.