Home » Why I shoot Benelli Shotguns

Why I shoot Benelli Shotguns 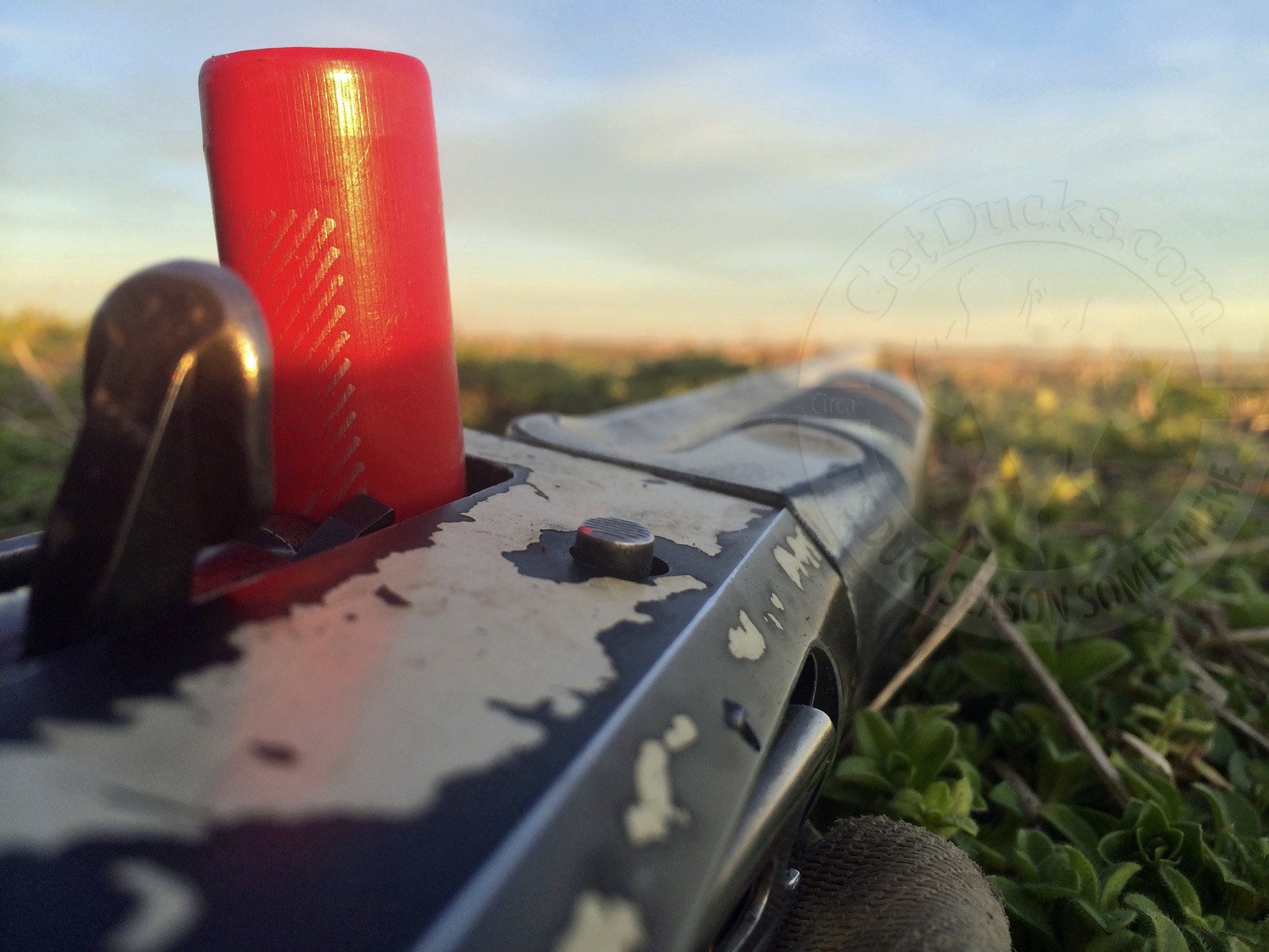 Why do I choose to shoot Benelli shotguns? Best friends are usually the most reliable. Saying good bye to an old duck hunting friend is never easy. In this instance, that old reliable friend was a fail-proof Benelli M-1 Super 90. Shotguns are tools, like hammers that goes boom, boom, boom. Funny how we can become attached to inanimate objects like that.

Purchased in 2000 for my first trip ever to Argentina, before the inception of GetDucks.com, it was chosen for its rumored reliability. That was back in the day that magellan and ashy-headed geese could still be hunted, and we put a beating on them as they decoyed at the crack of dawn. Ducks and doves were also in great abundance. That week sparked love affairs with both Benelli and Argentina. They’ve not ended in the nearly two decades since, and I’ll surely go the grave with them.

Other makes and models of shotguns find home our small gun safe, several of them other Benelli shotguns. But that Benelli M-1 Super 90 was the one. It became the go-to gun. Everything seemed right with the world when shooting it. It seemed to fit better and, though I miss equally well with any shotgun, it sure felt like hit-to-miss percentages improved when swinging the little Benelli. It eventually became a reliable tool of the trade, as integral to our growing wingshooting consultancy business as a calculator and sharpened pencil to an accountant. 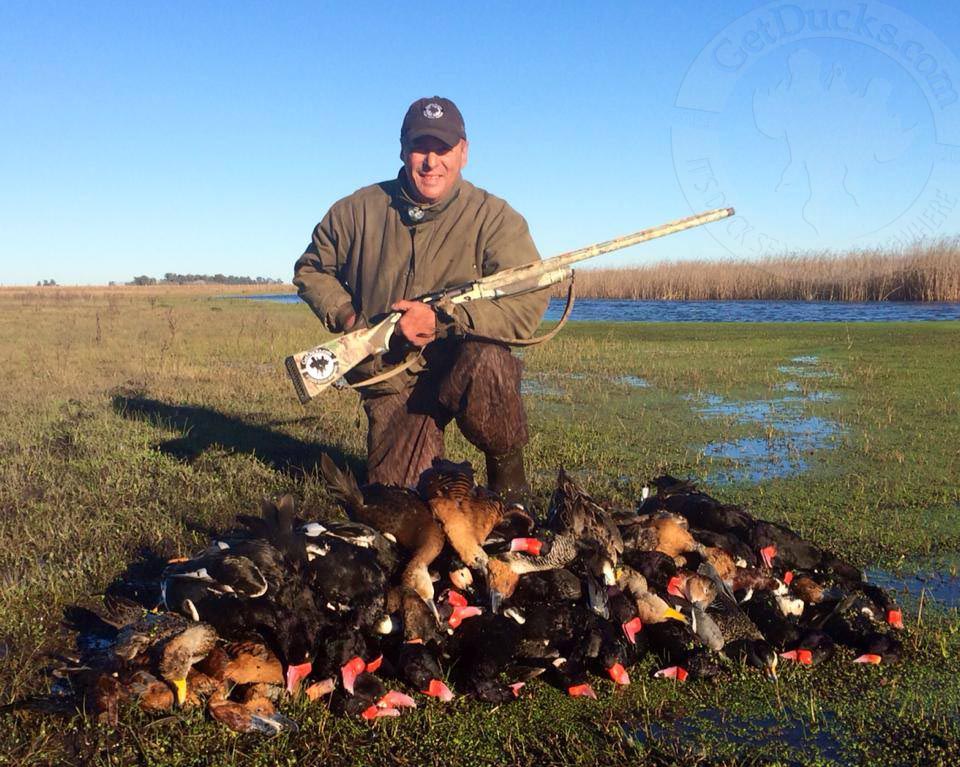 Where many hunt a couple dozen times per year, I’ve spent as many as 225 mornings in duck blinds around the world. It’s just what I do. To include my own, I’ve shot Benelli shotguns on 5 continents and a dozen countries. Firearm import laws and sometimes just simple logistics precluded my taking it everywhere, but I sure wanted to. I used the Benelli M-1 for doves, ducks, geese, cranes, and occasionally quail, rabbits, squirrels and turkeys.  Gunning for waterfowl in four flyways and 40 states across the US the Canadian provinces of Alberta, Saskatchewan, Manitoba, Ontario, Quebec and Nova Scotia, my confidence was unbridled and carrying a back-up gun became an obsolete notion.

On 20 some-odd duck hunting trips to Argentina and Uruguay, sometimes for as long 8 consecutive weeks, that Benelli M-1 was used to bag countless numbers of geese, ducks, doves, pigeons, perdiz, and more that harken the early 1900s in the US.  Countless trips to Mexico for ducks, brant, white-winged doves, and quail – and even a trip to Pakistan, where I achieved my personal record number of ducks in a single day – added to the cumulative shell count.

We’re really pretty spoiled here in the United States when it comes to ammo quality. Tolerances are high, quality is consistently good. The same can’t be said for South America. Ammo quality varies from brand to brand, and from year to year within brand. Light loads are the norm, and powder quality varies from decent to atrocious. Where gas-operated guns malfunction or fail to consistently cycle such ammo, Benelli shotguns generally eat them as readily as kids eat Captain Crunch for breakfast. And I cleaned and oiled that Benelli M-1 Super 90 once or twice per year whether it needed it or not.

It’s not always possible to stop a hunt to clean shotguns. The birds won’t fly forever. Or maybe you’re just hunting a remote area where improvising is required to keep shooting. That’s where that Benelli M-1 Super 90 shined.  Excessive gun powder? Lube it and clean later. No lubrication handy? A little mud in the action? Rinse the action with water you’re standing in, reassemble, and keep shooting ducks.

Somewhere along the way the paint began to wear. Years of cleaning with non paint-safe gun cleaning solutions didn’t help. It looked, as one client commented before a Texas blue-winged teal hunt, like it’d been dragged down every gravel road around the world. It shot fine and I accepted it’s cosmetic blemishes as battle-earned scars.

It seems like we all go through periods where small-bore handicaps, local hunting etiquettes or something, compel us to own or to shoot something else. I tried. But like grandad’s old pocket knife, a favorite pair of boots or that once-in-a-lifetime retriever, that Benelli shotgun was proven beyond the pale. As for handicaps, the goal is dead birds and I’ve become increasingly practical after passing the half-century mark, and as for putting on airs I guess we eventually learn to be true to ourselves. Dead ducks all the same.

A very close friend and I share a hunt or two each season. His fabled cypress brake is nothing short of holy waters. They all shoot over-unders. We usually hunt over “the pretties” as he calls them, a combination of cork decoys from our respective sheds. I tried the whole over-under thing but when I “accidentally” showed up with the Benelli M-1, he just laughed, commented how I always seemed naked without a Benelli, and quickly added, “and that’s a bad thing.”

After nearly 2 decades duck hunting and an estimated half-million rounds of fail-proof service, the little Benelli M-1 Super gave it up last season in Mexico. It still cycled fine as long as I didn’t take it to the plug but the receiver was worn beyond continued practical use. Benelli shotguns have continued to innovate since hitting the US market decades ago. They’ve only gotten better. With an important trip to Argentina a few weeks away, I quickly replaced it with a Benelli Super Black Eagle 3. It felt as familiar as my own pillow right out of the box. And that’s a good thing. It’s why I shoot Benelli shotguns.