Rock Pigeon (Columba livia) species found throughout the United States ranging  from agricultural fields to busy cities. Rock Pigeons are native to Europe, North Africa, and Western Asia and are now established all around the world. There are currently 12 recognized subspecies of Rock Pigeons, 7 of which are found in or around the African continent. Their breeding range in Africa has continued to expand, and so has the intrigue for hunters around the world to participate in population management of these abundant birds. 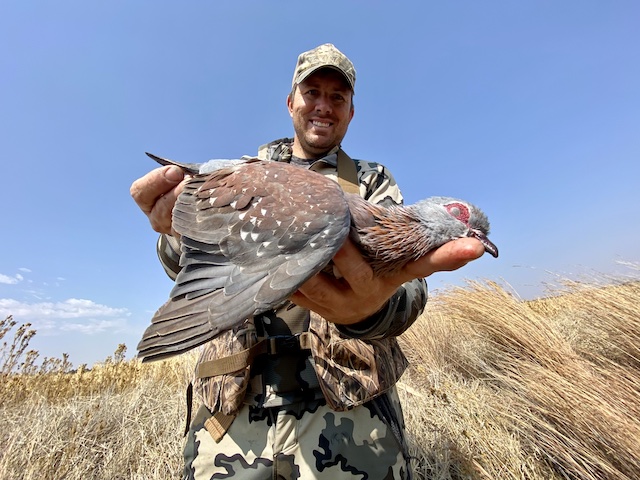 The Rock Pigeon species has been sequentially labelled as pests, invasives, and feral pigeons. Rock Pigeons can display a wide range of colorations and patterns since escaped captive pigeons have added genetic diversity to the wild population. The characteristic plumage consists of a gray head, green/blue iridescent neck, slate gray back and breast, and dark gray tail and primary feathers. Beaks are typically small, black or gray, with a featherless white growth above the nares. Females have similar, more subtle features than the males, and less iridescence around the neck.

Rock Pigeons breed year-round, with the peak breeding times occurring in the Spring and Summer. Nests are loosely packed sticks that just barely resemble a nest. Popular areas for Rock Pigeon to build nests include natural coastal and artificial cliff faces (i.e., apartment buildings with ledges). Both parents are active during the incubation and post-hatching periods. In South Africa, the roost on rooftops in cities, flying into the wind to swarm grain fields and returning with a tailwind that assists them flying with heavy gullets.

Rock Pigeon are highly gregarious when it comes to foraging. Foraging is done on the ground, where they will eat anything from plant matter to food that has been discarded by humans. This brings up an important group dynamic displayed by these birds, as there are producers and scroungers. Producers are the birds that find a food source, while scroungers follow the producers. This dynamic and the variability of food consumption has made them highly adaptable, and has helped the Rock Pigeon population grow to about 120 million worldwide. 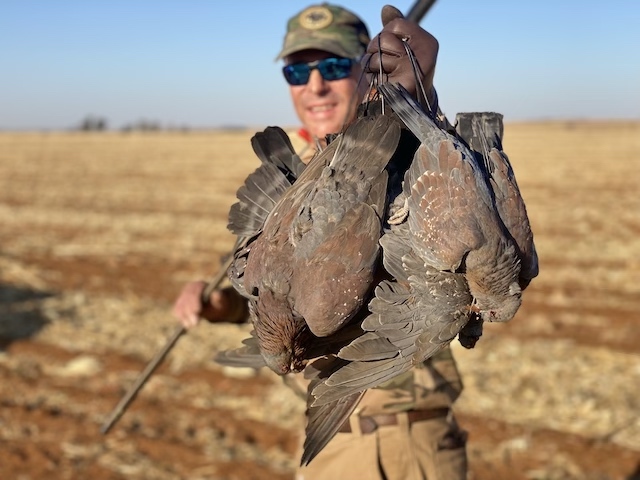