The Sharp-winged Teal head is one of the darkest parts of the body, with very small speckling of dark brown or black on a mid-brown background. The chest, underbelly, and undertail are the lightest of all the body plumage. While the chest is tan with moderate black speckling, the underbelly and tail lack any pattern and are light gray and white. Legs and feet are gray. While in flight, the iridescent dark green speculum that is edged in white plumage is prominent on the overall light brown wings. Females are similar in size and display duller plumage. 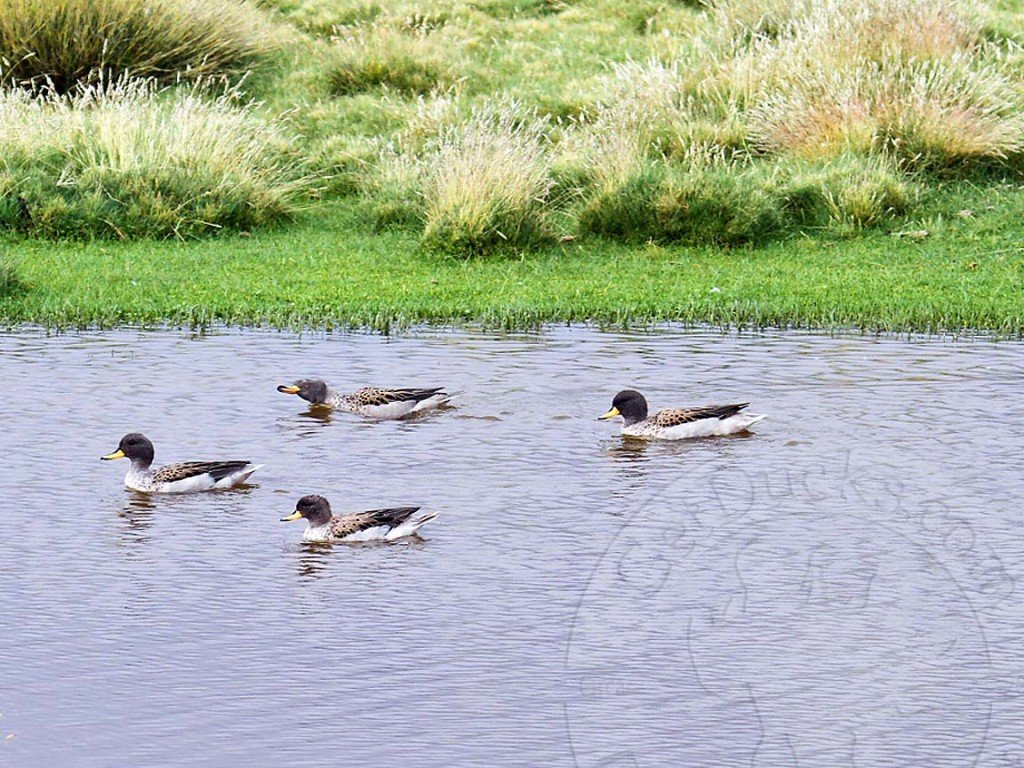 Sharp-winged Teal range includes central Peru to northern Chile and Argentina, where they favor high altitudes. Year-round favored habitats include freshwater wetlands, lakes, and marshes in highland areas. Most of the populations are non-migratory, though there are some sparse individuals that will migrate to coastal areas during the wintering period. As with many resident species in South America, the breeding season varies greatly. Sharp-winged Teal has a peak breeding period from August to September in most areas.

Sharp-winged Teal breeding behavior includes forming either solitary or loose groups nesting sites. Nests are typically built near water in thick vegetation. Both males and females take part in raising and protecting the young, which fledge at around 6 to 7 weeks old. Sharp-winged Teals are dabbling ducks. Their omnivorous diet consists of insects, crustaceans, larvae from a variety of invertebrates, aquatic vegetation, seeds, and roots. 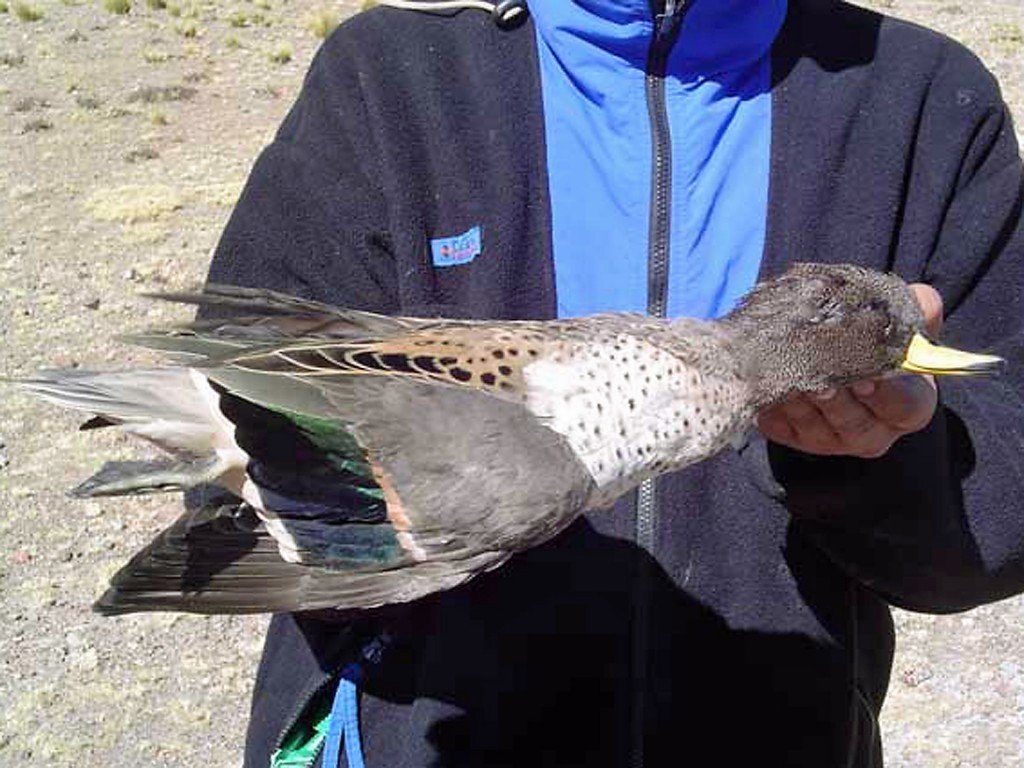