Swainson’s Francolin (Pternistis swainsonii) Africa gamebird species display a featherless, bright red throat and face that contrast from the gray-brown plumage on the rest of their bodies. Also known as Swainson’s Spurfowl, this larger species of francolin displays a beautifully simple light gray plumage that is streaked with dark gray or black. The most prominent plumage is on the neck, which displays contrasting black and white dappling. Females are more brown than gray in color, with light brown body plumage that is streaked with darker brown. The red around the eyes of the female is also less bright. The legs of both sexes are black, which can help distinguish from the Red-necked francolin, which has red legs and feet. 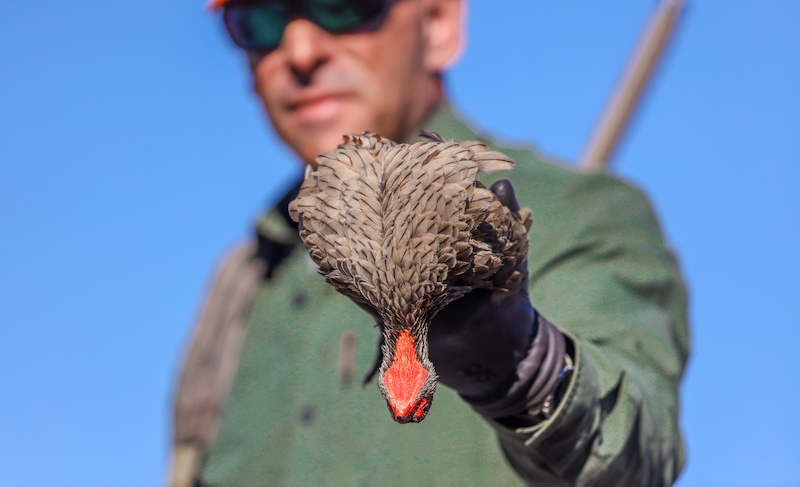 Swainson’s Francolin can be found in Angola, Botswana, Lesotho, Malawi, Mozambique, Namibia, South Africa, Swaziland, Zambia, and Zimbabwe, where they reside in open, grassland habitats in which they stand out. They have adapted to disturbed agricultural areas as well. The winter diet for this popular gamebird is comprised almost entirely of plant matter that is dug from the ground, which includes tubers, seeds, roots, and grain waste from sorghum, maize, and barley. The summer diet closely mimics the winter diet with the addition of insects and arachnids. Swainson’s Francolins prefer to be solitary or in very small groups. During the breeding season, coveys range from three to eight individuals. While they do not frequent forests for foraging or nesting, they will sometimes fly into trees in the early mornings.

Breeding season for the Swainson’s Francolin peaks from February through May, but they have been known to breed year-round. Nesting habits for this species are scrapes directly on the ground that have leaves and grass for protection and camouflage within vegetation. Clutches of eggs are highly variable, with females laying between three and twelve. Males do not participate in incubation and both parents watch the young when they leave the nest. 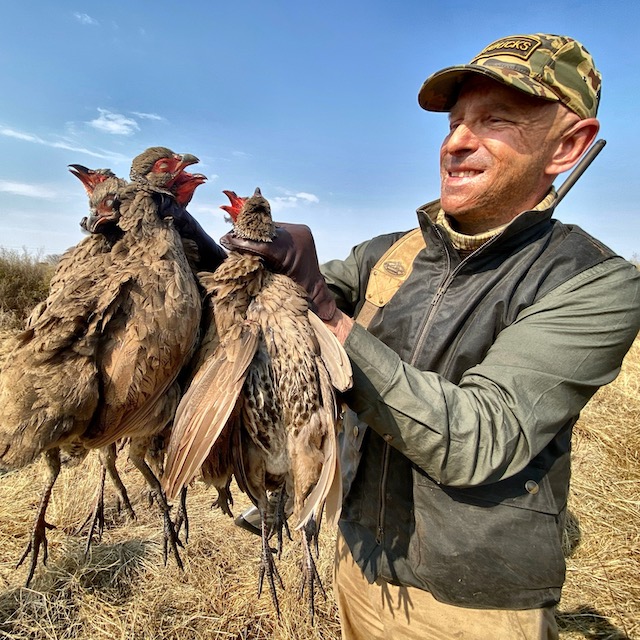