Swan Goose (Anser cygnoides) boasts a broad and long black bill that has a prominent knob surrounded by featherless white flesh. The neck is also incredibly long for the overall body size. Chestnut brown plumage caps the top of the head and runs down the back of the neck, with a creamy brown or white underneath. Swan Goose chests and underbellies are typically a light brown with light vermiculation. The wings are very dark brown with more obvious, linger vermiculation.  Legs and feet are bright orange like most of other species within this genus. Males are larger than females and have longer bills and necks. Besides that, plumage between sexes is very similar. Juveniles lack the white outline on the knob and also display duller plumage.

The Swan Goose breeding range extends from inland Mongolia, northern China, to southeastern Russia. Vagrant populations are sometimes recorded in Japan and Korea This Swan Goose species rarely breeds in large flocks, but will form “loose” groups in the same general area. Pairs are monogamous typically only for a single season. Preferred breeding grounds are near freshwater that is near mountain valleys and taiga. Individuals will leave this area during August or September to migrate to winter grounds to molt with in small groups. 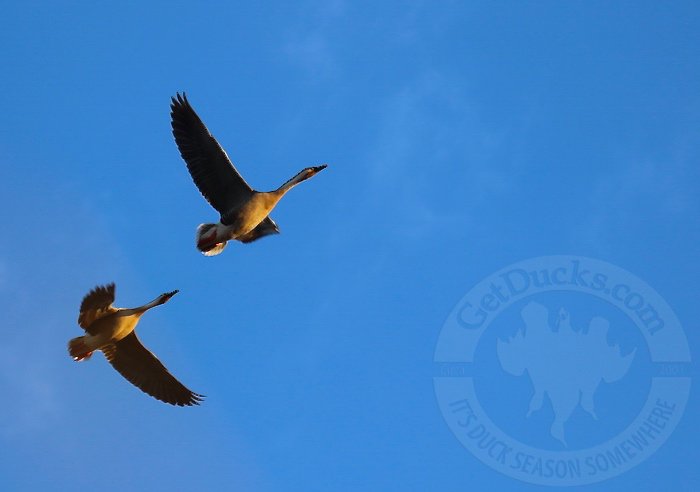 Swan Geese are crepuscular, which means they forage during the morning and night, and generally rest during the middle of the day. They are largely herbivorous, foraging for grasses, leaves, roots, sedges, and aquatic plants in or around temperate grasslands, lakes, rivers, intertidal zones, estuaries, and other wetlands. Swan Geese decoy well. While hunting in Mongolia, I found it interesting that they responded so well to spinning winged duck decoys over water.

While Greylag Geese are the ancestors of the majority of domesticated geese, Swan Geese have also contributed to the domestic population and can vary in the amount of meat and eggs that can be produced. A large portion of Swan Goose are domesticated and the introduced/feral population of these birds can be found in a wider range than their wild counterparts. 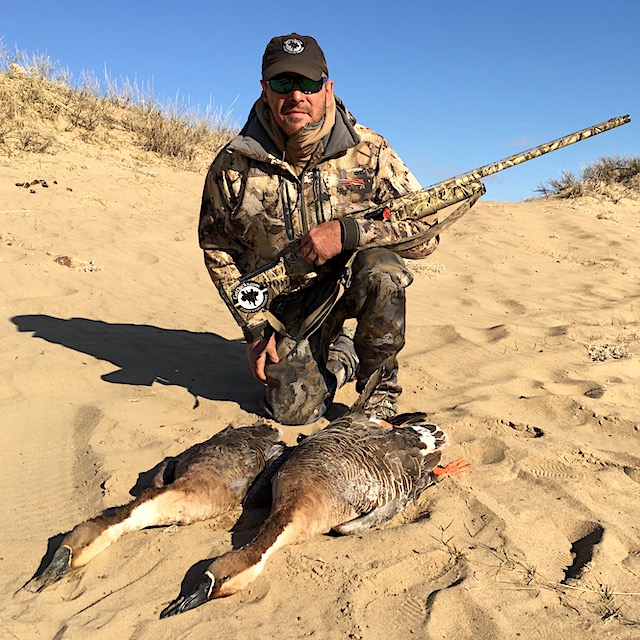