Tufted Duck (Aythya fuligula) has black head plumage that can be iridescent purple or blue in the right light and also sport long feathers coming off the back of the male’s head like a ponytail. This species is described as the Eurasian counterpart of the North American Ring-necked Duck. Eyes of both sexes are yellow, with males being more prominent. Males have silver-blue bills and their small bill hook is black. Chests and tucked wings are jet black and highly contrast with their pure white underbellies.

In flight, the Tufted Duck primaries and secondaries are white with smoky grey tips. The rest of the wing is either the same smokey grey or dark grey closest to the body. Tufted Duck females are varying colors of brown and dirty grey. Bills are also a darker version than the males, with a black tip that extends slightly higher. 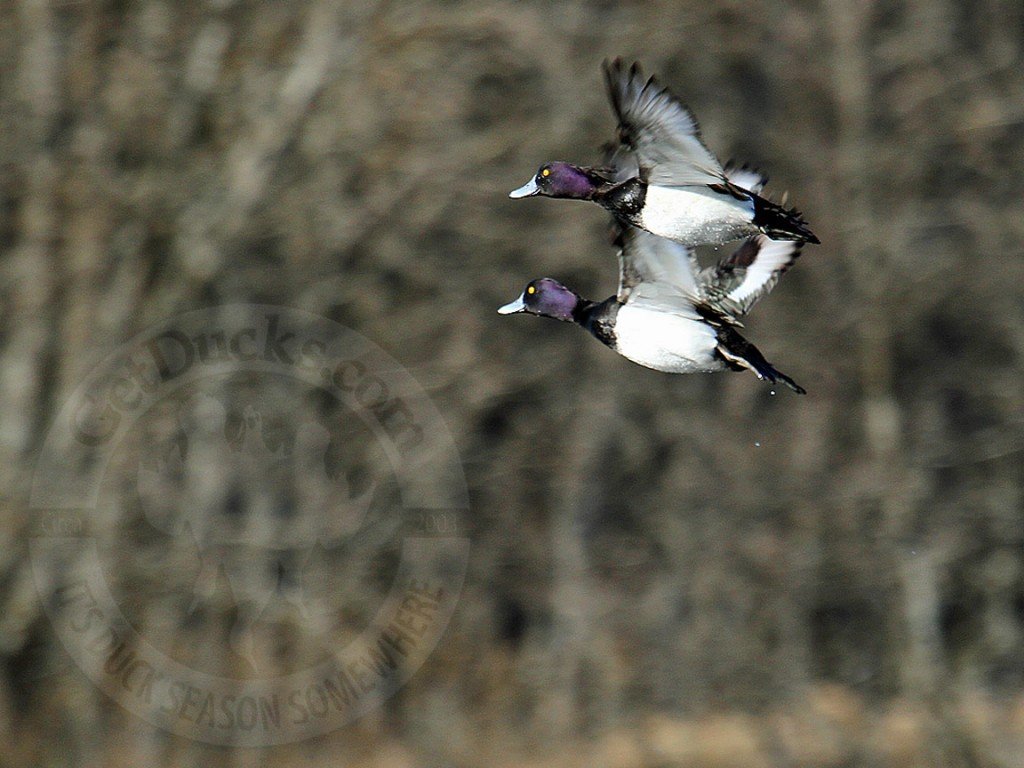 This small diving duck is typically found breeding in temperate and northern Eurasia. Tufted Ducks normally breed with their conspecifics, but have also been known to hybridize with Common Pochards. Tufted Duck will choose areas to nest that have ample vegetation to obscure their nests near marshes and lakes. Less frequently, they will take advantage of coastal lagoons, shorelines, and ponds. After the breeding season, Tufted Ducks will form large flocks to migrate to their wintering grounds in south and west Europe and southern Asia, which have milder climates. This species has also been known to migrate to each coast of North America with birds from Iceland and Europe going to the Atlantic Coast and birds from Asia reaching the Pacific Coast.

Unlike many waterfowl species, the Tufted Duck will mainly forage for animal matter. This species searches for their favorite food, freshwater mussels, other mollusks, and aquatic insects during the day. Foraging is normally done through diving but it is not uncommon for individuals to dabble, especially when consuming plant matter.