White-backed Duck (Thalassornis leuconotus) an Africa species that displays a long, noticeably hooked bill. Closer to the face, the bill becomes more stocky and the black coloration becomes mottled with a dirty orange. There are small areas of white plumage around the base of the bill. Though sometimes difficult to see, their black eyes appear very near the top of their head. The plumage on top of the head is a dark brown that gradually turns into a pure ruddy color around the neck. When at rest, the overall body plumage is brown with large, short dark brown stripes. Their white back is only visible in flight. Legs and feet are similar in color to the bill but can be greyer. The White-backed Duck species is monomorphic, and even size is difficult to use when attempting to discern males and females. 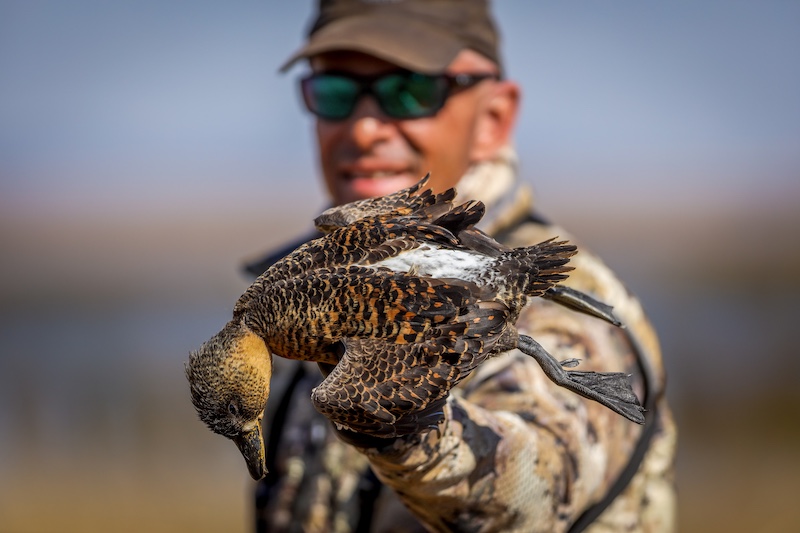 White-backed Duck are most commonly found from Senegal to Chad, Ethiopia, and South Africa. There are two recognized subspecies, one of which resides entirely in Madagascar. This is a nomadic species that will move in search for adequate water in lakes, ponds, swamps, and marshes that have ample vegetation to camouflage in. Breeding can occur at any time of year depending on the area and if the water level is acceptable. Nest selection and creation is done by both sexes on the water with dense vegetation. Some pairs will use abandoned grebe or Red-knobbed Coot nests to alter and build on top of.

White-backed Ducks are diving ducks that have been documented to stay under water for up to 30 seconds. Not only do they forage by diving, but they also prefer to escape danger in that way. Their favorite food is the bulbs of waterlilies, in which they dive and dig into the muddy bottoms of wetlands for. They will also forage for the seeds and leaves or waterlilies, other aquatic plants, and hatchlings consume insect larvae.

WHITE-BACKED DUCK. A unique African duck, the white-backed duck is the only species in its genus. It inhabits freshwater ponds and lakes, feeding on aquatic plants, seeds and larvae. Dives to feed and evade predation. On the water, they ride almost grebe-like-low in the water, the short stiff tail resembling ruddy ducks under which family it was formerly classified. It’s now thought to be more closely related to whistling ducks and is now classified as such. In flight, the relatively long legs trailing behind reminded me of whistlers, but not the short neck. To my knowledge they spend most of their time swimming and diving to feed, not perched or feeding on shorelines and dry ground. In hand, the lustrous metallic-copper dappling is far more impressive than it seemed when studying them through binoculars. The white back was most conspicuous during flight than when their wings are folded over their backs while swimming. And you’re not in Kansas, Toto, so the scenery and culture backdrop are different. It’s pretty cool seeing the rhinos up close and personal, too. • Hosted South Africa Wingshooting Combo usually July – early-August. Follow more duck hunting in South Africa or worldwide at @ramseyrussellgetducks 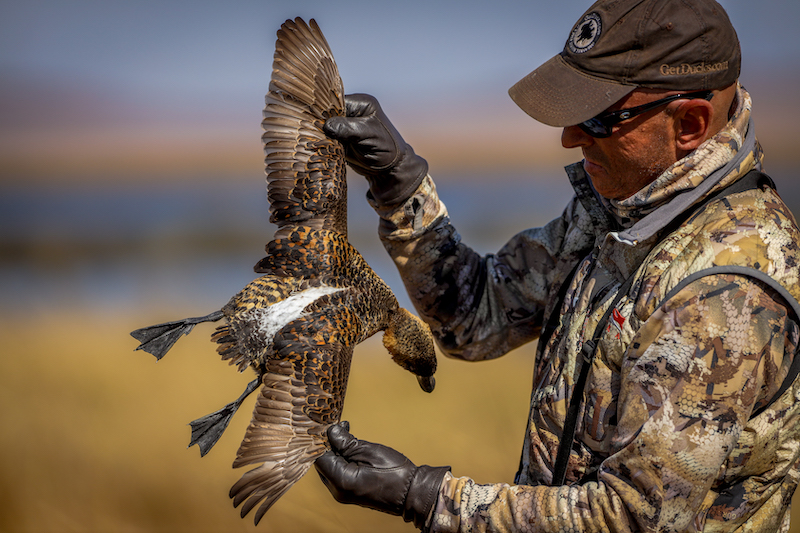