WATERFOWLING WONDERLAND IN MEXICO: BENELLI, GETDUCKS.COM DO IT AGAIN 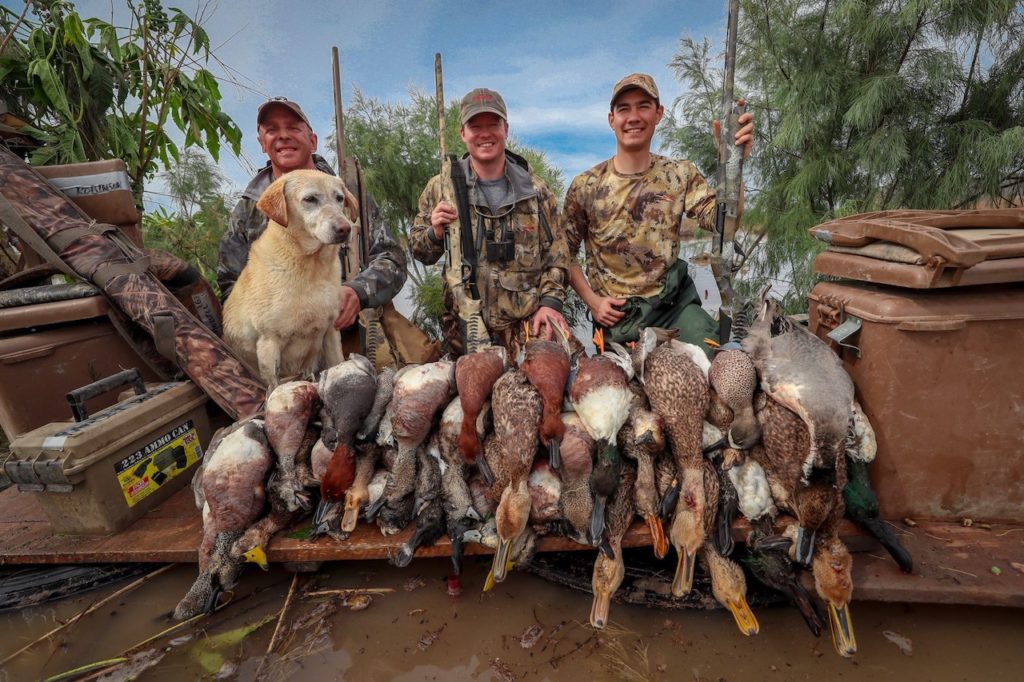 There is something about hunting with the folks from Benelli and Ramsey Russell of GetDucks.com during Obregon Mexico duck hunting combo that redefines how wingshooting is done when it is done right…When great accommodations, great guys and great shooting come together, it is Mexico duck hunting to remember forever. The nice part is that it doesn’t have to be a once-in-a-lifetime propo­sition. Such expeditions can be repeated again and again. Bang, bang…

One morning we found ourselves in a very nice makeshift blind on the banks of an inlet from the Sea of Cortez. The decoy spread suggested ducks, and ducks it was – almost of all them teal for us that morning. During the several days of the hunt, we took green-winged, blue­-winged and cinnamon teal, as well as several other types of ducks.  Oddly, fellow hunters in another blind on the tip of a small island about a half-mile from us that same morning bagged almost all pintails. It seemed as though the flavor of duck winging by depended on which area that kind of duck wanted to check out. That’s hunting.  Two days later, George and I shared a blind in the same general area of the bay, where most of the birds we bagged were pintails. Talking about pintails, Ramsey Russell showed how that kind of hunting is done on the same day. Great guy and great shot.

Ramsey heads-up GetDucks.com and lines up waterfowl expeditions worldwide. In fact, SCI members wanting to get more involved in the Birds of the World program might consider contacting Ramsey because he can help line up waterfowl safaris for some of the most exotic species on earth. He also is an exhibitor at SCI Convention, so stop by his booth and say hi in Reno February 5-8, 2020.