Black Grouse (Lyrurus tetrix), also commonly known as the Northern Black Grouse, Eurasian Black Grouse, blackgame, Heathcock, or blackcock, is a large blue-black game bird with large, featherless, bright red eyebrow pieces. The back of the neck, chest, and back are all iridescent dark blue to purple. Their wings are black with a few bright white spots. The white spots are the same color as the back fail feathers when they are fanned. Some of the tail feathers are white with a single black streak. The tail feathers closest to the body are jet black, and fan outwards in a way that resembles a Greek lyre, in which the genus name originates. Black Grouse females have entirely tan, white and gray with varying vermiculated plumage so that they are able to blend into vegetation to protect their young.

During the breeding season, it resides in moorlands and steppe habitat that have close access to wooded areas across the Palearctic. As with most species of grouse, females alone incubate the eggs and care for the young. 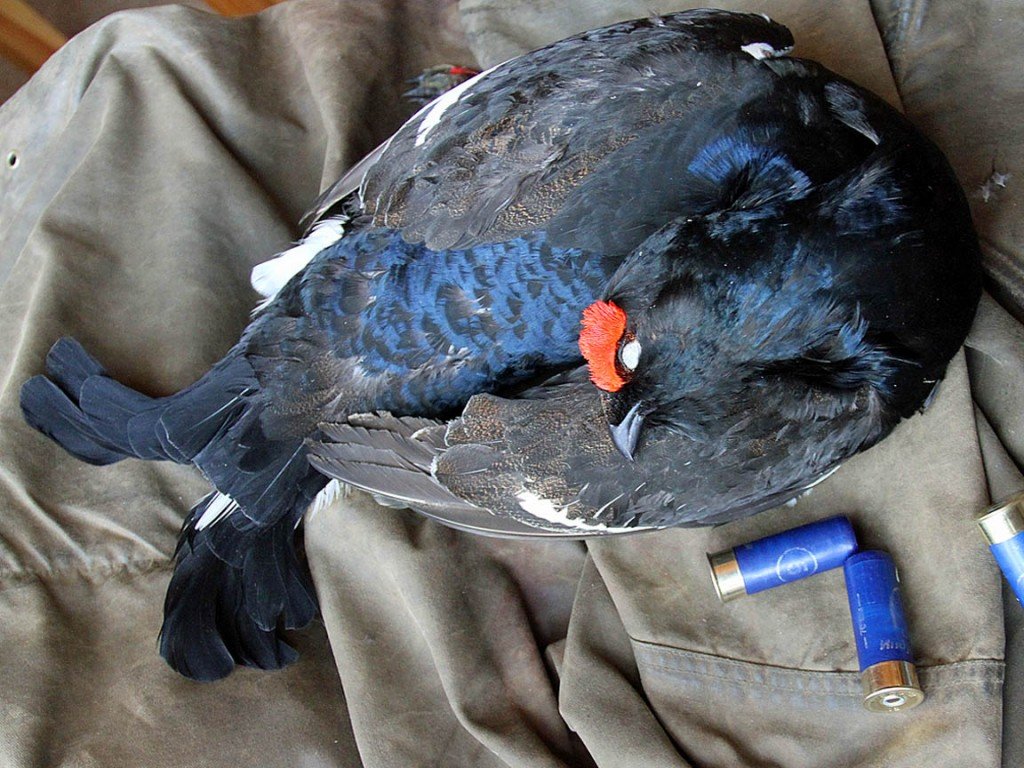 Black Grouse have the capability to hybridize with multiple species, including the Ringneck Pheasant, Western Capercaillie, and Hazel Grouse. Black Grouse are found in the Swiss-Italian-French Alps, Great Britain, Scandinavia, Estonia, and across Russia. This species cannot be found in Bulgaria, where it disappeared in the 1800s, or Ireland. The Asian population is largely found in Russia, while smaller populations reside in Kazakhstan, Mongolia, China, and sometimes Korea. Any other time of the year, Black Grouse choose dense forest areas with ample amounts of conifers.

This species is mostly sedentary, and foraging behavior changes throughout the year. As they are wintering in coniferous forests, they will consume the needles and buds of Scots pine, Siberian larch, silver birch, and Eurasian Aspen. During this time, they are found in large flocks. Spring and summer foraging primarily includes berries and stems of cranberries, bog bilberries, myrtle berries, and other shrubs. 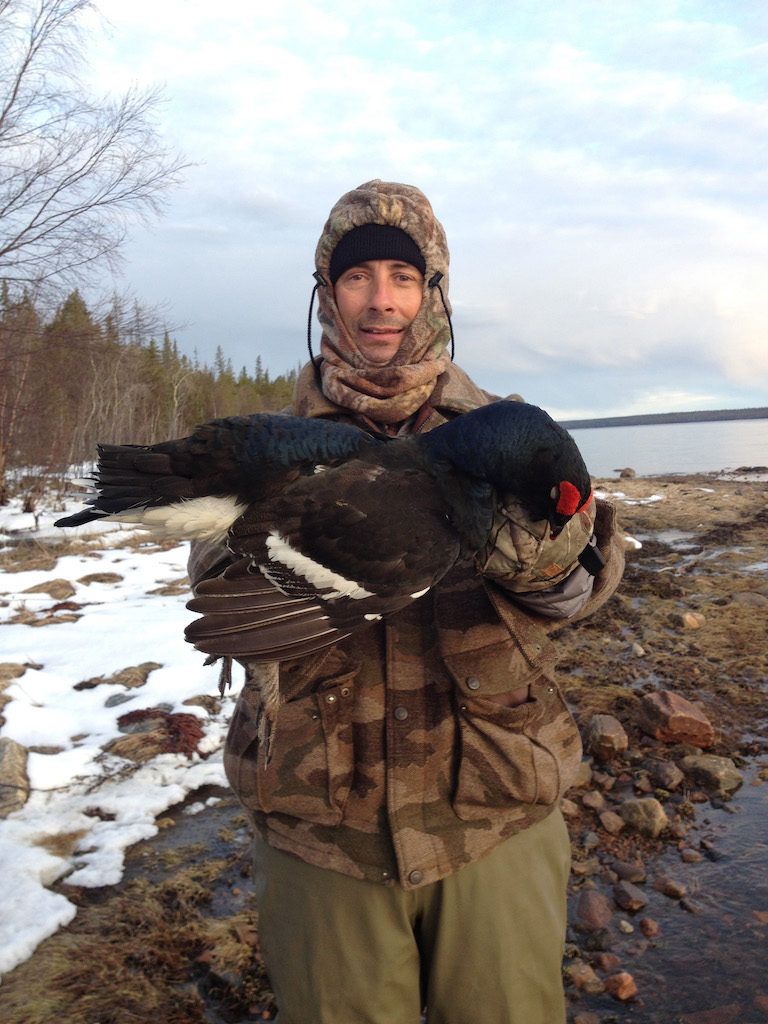