Cape Shoveler (Spatula smithii) have the same classic and unique bill of their well-known western cousin, the Northern Shoveler, and are among 4 shoveler species worldwide. The males of this large species are easily distinguished from females by their small, yellow eyes on their lighter gray-brown heads. Males have elongated, pitch-black bills, with the female’s bill appearing slightly paler. Male Cape Shoveler are the only common Africa duck species that has sky-blue marginal coverts. The secondary coverts are pure white, which makes the blue marginal coverts and iridescent green secondaries stand out even more. Male and female Cape Shoveler have brown feathers scalloped with light brown or tan that could also be compared to Mallard hens. Legs of both sexes are dull orange-yellow. This species is not frequently confused with any other bird, except for any vagrant Northern Shoveler females within the same area. 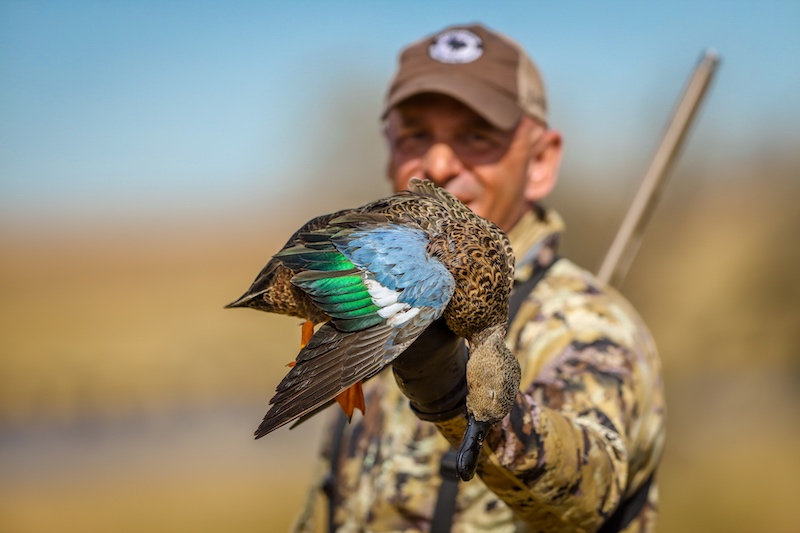 Cape Shoveler species of dabblers are common residents in South Africa, but can have more spread-out populations in Namibia, Botswana, Lesotho, Zambia, Zimbabwe, Angola, and Mozambique. Like other African waterfowl, Cape Shovelers are non-migratory, yet nomadic birds whose longest trips are for the breeding and molting seasons. It is rare to see only one Cape Shoveler, as they tend to travel in pairs or in large groups.

Cape Shoveler can be found in shallow brackish and fresh water in temporary wetlands, coastal lagoons, ponds, and lakes. Foraging and breeding habitats preferred by this species include open wetlands that provide mollusks, insects, other invertebrates, and emergent vegetation. Nests are made near the water in small, shallow depressions in the ground.

Cape Shovelers are not particularly vocal birds, with the males occasionally making a deep rrrar sound. Females will make a quacking noise. The time of year where they are most vocal would be the breeding season, with the males vocalizing a throaty cauik sound. Both sexes also call during nesting, but not very often.

CAPE SHOVELER. Indigenous to Southern Africa (northern shovelers are found in northern portion of the continent), there’s no mistaking this bird as a spoonie with those big lips. One of my life-list species, this adult drake was the missing piece in World Shoveler Slam. There are 4 world shoveler species: Northern Shoveler ( throughout northern hemisphere), Red Shoveler (Argentina), Australasian Shoveler (hunted in New Zealand and protected in Australia), and Cape Shoveler. Their diets are similar; their wings closely resemble each other, too: sky blue upper coverts, white secondary coverts, green speculum. Cape Shoveler seemed to outweigh other world shoveler species I’ve held. Follow our IG stories for real-time adventure updates @ramseyrussellgetducks 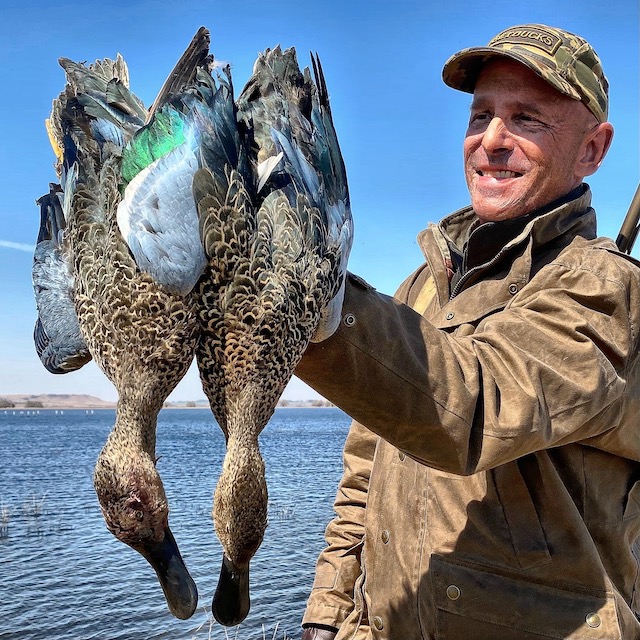