The Cape Turtle Dove (Streptopelia capicola) found in Africa, also known as the Ring-necked Dove or Half-collared Dove, is a small, stocky bird with large black eyes. Their body is almost completely gray-brown with the exception of the black “semi-collar” around the backs of their necks, black tails and white tail tips that are most easily seen during flight. The underside of their bodies is lighter and can appear to have a lavender tint. Between individuals, plumage can be highly variable. Like other species of dove, Cape Turtle Doves have small, thin beaks and pinkish legs. 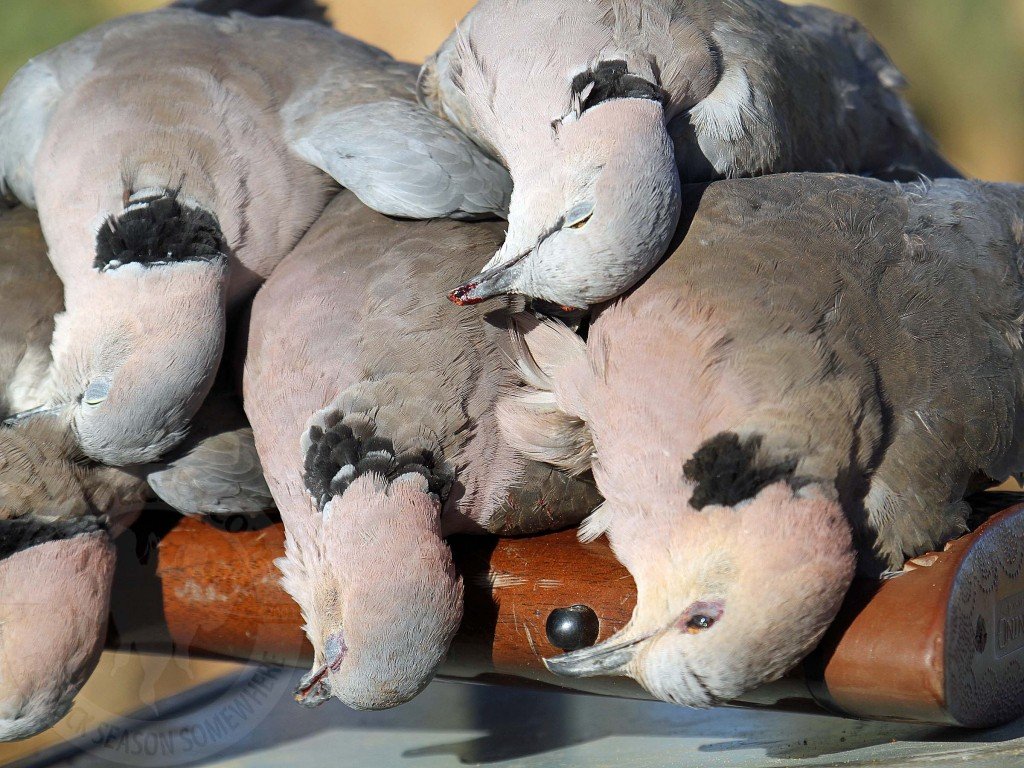 Cape Turtle Dove is well adapted to many habitats in Africa such as woodlands, agricultural lands, and suburban areas. Their vocalizations can be heard year-round and are attributed as a common sound found in Africa. Described as “incessant,” the pneumonic vocalization sounds as if the birds are saying “work HAR-der, work HAR-der, work HAR-der.” Cape Turtle Doves are most readily found in the southern half of Africa, but can also be found in lesser concentrations in the Democratic Republic of the Congo, Somalia, Kenya, Ethiopia, Sudan, and South Sudan; as well as the southern islands of Comoros and Mayotte.

Cape Turtle Dove breed year-round with the most active time occurring from August to November. This species is known to create their own nests in trees with dense foliage, as well as repairing old nests or stealing nests from other birds such as pigeons, thrushes, sparrows, and other doves. Both parents incubate the eggs and are involved in the care of the young until they become independent at twelve days old.

Cape Turtle Dove will typically forage on the ground for seeds, fruits, succulent leaves, nectar from plants and also consume earthworms, weevils, and aphids. Both foraging and nesting habits usually occur in and around Port Jackson Willows, Rooikrans, pines, and eucalyptus trees. While not foraging, this species is mostly sedentary in trees or by bodies of water.