Eared Dove (Zenaida auriculata) displays many of the same physical characteristics found in Mourning Doves (Zenaida macroura) in North America. The Eared Dove displays almost completely sooty brown plumage, with a thin black stripe that is drawn away from the back of their eyes and a larger spot of black plumage closer to the neck. On each side of the neck, in the right lighting, there are iridescent pale-yellow to gold feathers that point towards the ground. This species has pink legs and feet, massive black eyes, and long beak. There are also a few black spots on each wing, and the tops of the primary feathers are where the darkest brown on the body is found. Each primary feather is outlines in a very thin line of light gray or white. Female plumage is duller than the males and juvenile plumage is duller than the females. 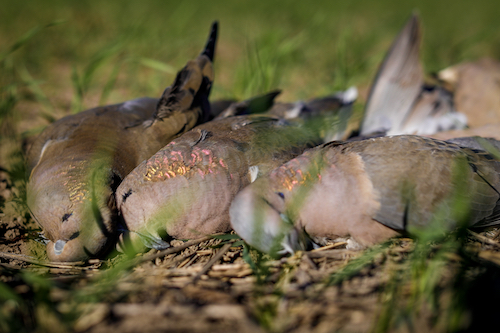 The Eared Dove does well in adapting to habitat disturbance caused by humans and the result is a very large range. They are found all over South America, with the majority of the population residing on the southern half of the continent. They are known as South America’s most widespread dove for a reason. Eared Dove easily withstands high hunting pressure as residents in Argentina and Bolivia recall that the population of Eared Doves sometimes still darkens the skies. The specific habitat that is frequently used by this species includes natural and agricultural open areas. They do like to consume the seeds from agricultural areas and have become a pest in some places due to their high population volume. Subsequently, eared dove are widely regarded as agricultural pests and hunted extensively. Argentina dove hunting represents one of the last remaining big bag hunts on earth for this reason.

While there is no set breeding season across the continent, Eared Dove can breed up to four times a year (almost continuously). Males will conduct their courtship display in a potential nesting site, but it is ultimately up to the female as to where the nest will actually be. Each clutch consists of two white eggs that are laid in small nests high above the ground. Both parents take part in rearing and protecting the young. 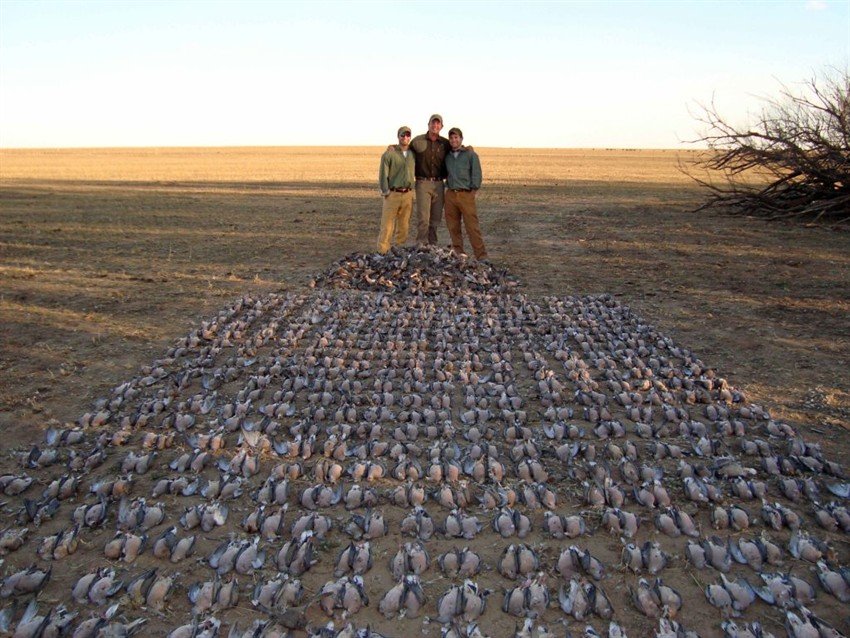