Grey-winged Francolin (Scleroptila afra) is beautifully simple, medium-sized gamebird species in Africa. It’s the preeminent quarry of local bird hunters with pointing dog breeds. The Grey-winged Francolin body size and plumage are very similar to that of the Red-winged, Shelley’s, and Orange River Francolins. The plumage on the underbelly, under the chin, and sides of its neck are white with fine black vermiculation. The rest of the body displays dark brown, sooty grey, and light brown lines. The head has a dark brown cap and bright rusty plumage that swirls around the eyes and down the neck in thin lines. Eyes are indistinct and brown. Their legs and feet are bright or creamy yellow. Their call is also very loud with runs of chow and keek sounds. 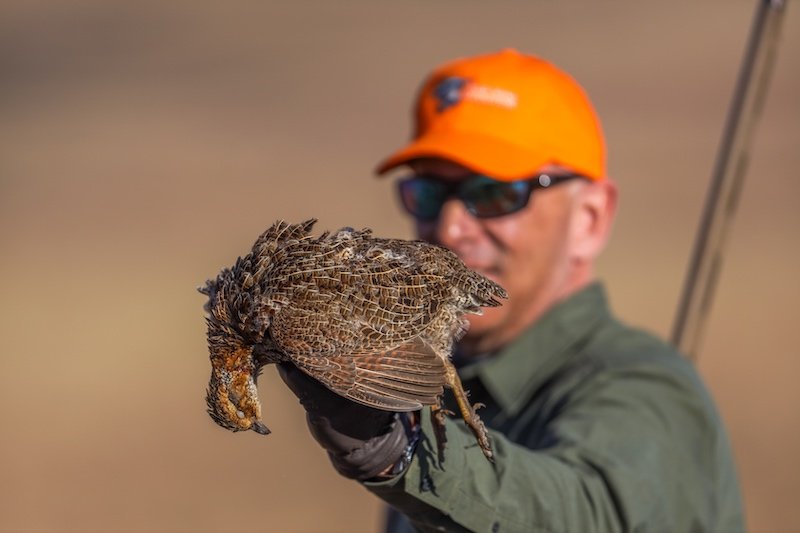 Grey-winged Francolin is common; found in Lesotho and South Africa, generally on the southern end of the country. These gamebirds are residents with a mostly connected range that does not overlap much with the range of the Shelley’s and Orange River Francolins. Grey-winged Francolin preferred habitats are open areas or mountainous regions such as natural shrublands (fynbos), semi-desert regions (karoo), and grasslands. This species is not normally seen in large groups as they are a somewhat secretive species and described as a generally “shy” bird. The largest flocks of tGrey-winged Francolin are only about 25 individuals.

Like many gamebird species during the breeding season, the Grey-winged Francolin’s diet is supplemented by invertebrates while the rest of the year they mainly eat plant material. Breeding season on the Western Cape occurs from July to December and outside of that range Grey-winged Francolin breeding takes place from August to March. Breeding behaviors are not well studied, but it is assumed that either males have multiple mates or that females will dump their eggs in other female’s nests. The normal range of eggs is four to eight, although fifteen eggs have been recorded before. Female Grey-winged Francolin alone incubate the eggs and once they have hatched, they stay in their family groups through the rest of the breeding season. Follow our IG stories for real-time hunting adventure updates In South Africa and worldwide @ramseyrussellgetducks 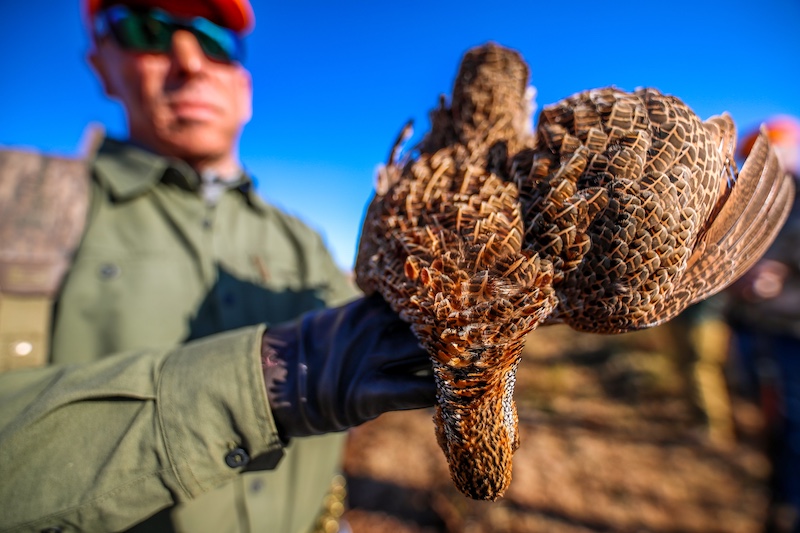