Red Shoveler (Spatula platalea), like most in the Spatula genus, displays an outrageously large, long, and flat bill that is beneficial for foraging. This species has an all-jet-black bill that contrasts highly with their pale brown face and white irises. Red Shovelers have beautiful torso plumage that is light copper or a light rusty color that is speckled with moderately sized black spots. Yet another distinguishing characteristic is their pale blue marginal covert patches, followed by stark white secondary coverts, and iridescent green speculum that is partially outlined with black feathers. Red Shovelers also have bright orange legs and feet.  Female Red Shovelers do not look similar to males with their lighter gray bills, brown irises, and overall duller plumage. They also lack the sharp contrast from the head plumage to the body, as their heads and bodies are light brown with dark brown speckles. 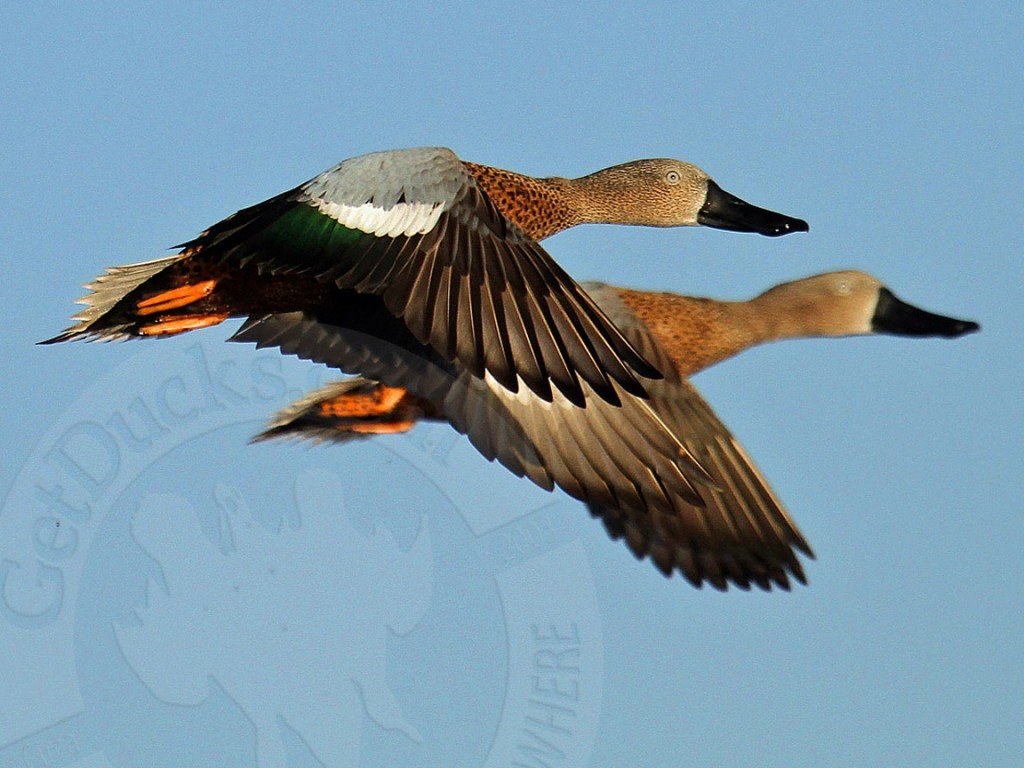 Red Shoveler is classified neither as a resident or migratory bird, because they do both. The migratory population is mostly found in the southernmost part of their range. Red Shoveler’s range extends from southern Argentina to Chile, the Falkland Islands, and is less often found in Peru. Here, they select habitats that include shallow bodies of water with dense reeds and emergent vegetation. They have also been documented to use coastal lagoons and estuaries. The Red Shoveler’s bill gives them an advantage for foraging because it acts as a filter out water to find adequate food. This species’ diet mostly revolves around vegetation such as herbs, grasses, pond weeds, and algae; though they also will opportunistically feed on small invertebrates.

Red Shoveler pairs are formed during the wintering period for both residents and migratory individuals. The females lay clutches that range from seven to eight dull creamy eggs that sometimes have small brown marks on them. Though they are eggs, they are closer to being ovular shaped rather than egg shaped. Individuals reach sexual maturity at either one or two years old, and breed for the duration of their lifespan which can reach upwards to thirty years. Because of their longevity and clutch size, this species is very common.

“CUCHARA.” That’s Spanish for spoon. Argentina’s red shoveler is among 4 species of shovelers worldwide. There’s also the northern (US), cape (Africa), and Australasian (Australia and New Zealand). Muck-bottomed, reed-adorned marsh is their preferred habitat, where they feed on submerged aquatic vegetation and invertebrates. An interesting aside: a long-time outfitter-associate in Argentina, where legal baiting is commonly practiced, once told me that red shovelers don’t respond to bait like other species. True. I’ve shot some in baited areas, but they’re not nearly as abundant in those areas as in natural settings, and even in those natural marshes, they seem to be dialed in to specific areas only. They’re found throughout Argentina and have heard there’s a few small breeding populations as far north as Peru. Their orange-red body is strikingly different as compared to other world shovelers. Drake eyes are as white as slab marble, their feet bright citrus orange. Similar among the world’s shoveler species, they flash sky blue upperwings and iridescent green secondaries separated by a white patch of secondary coverts. 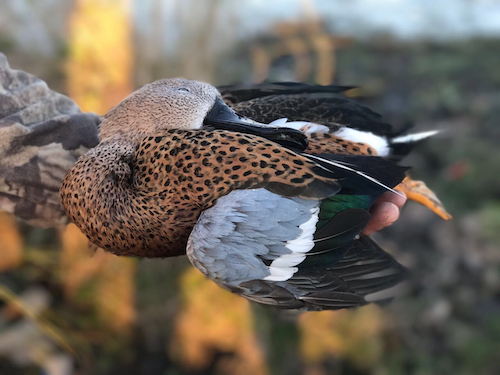 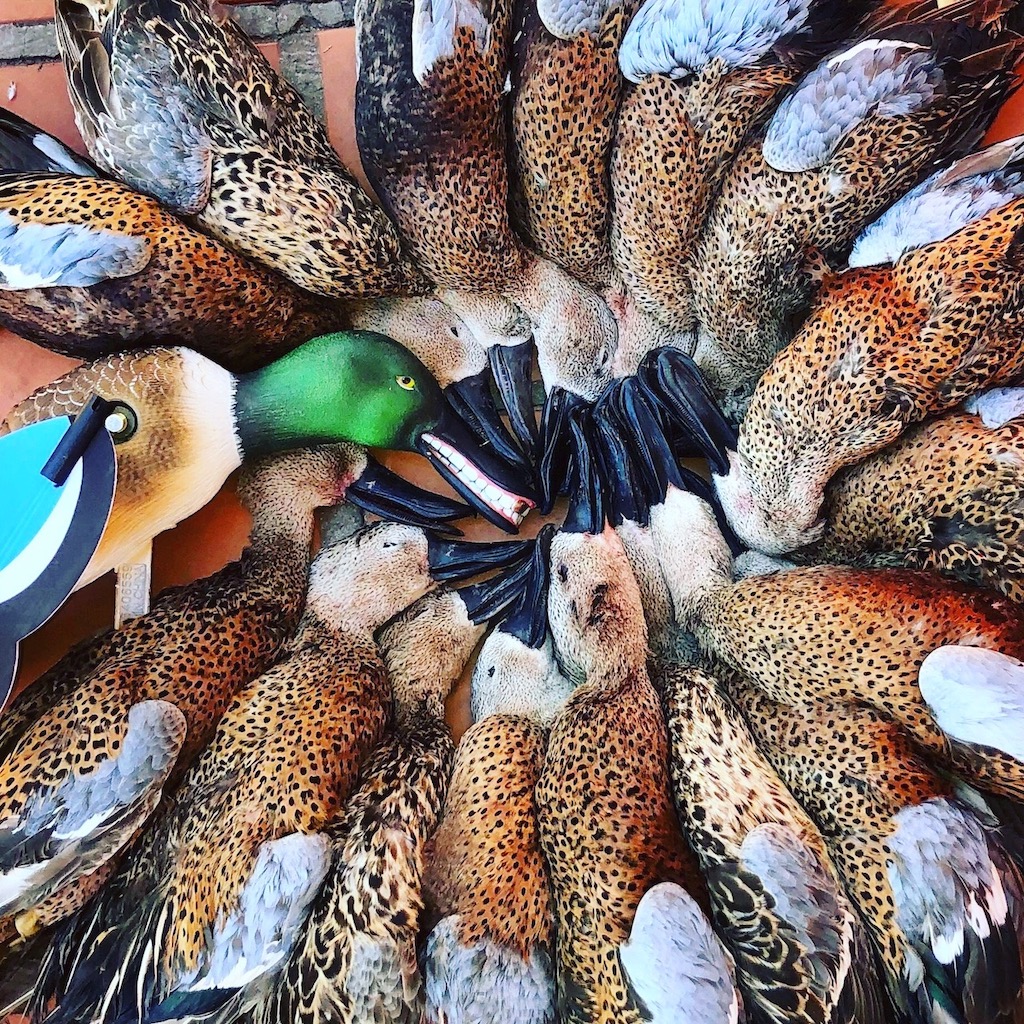