Southern Pochard (Netta erythrophthalma), a duck species in Africa that is an elegant and sleek dark-colored duck when at rest. In flight, their white wing band is visible that highly contrasts with the rest of the plumage. Their bright red irises are incredibly prominent and appear close to the top of their heads. Their baby blue colored bills follow suit with the slender body and their slightly curved tip is black. This black matches the head, neck, and chest plumage. The back plumage can either be dark or light brown. Female Southern Pochards are varying shades of brown, most of which are chestnut and ruddy, with completely black or grey bills. White patches are displayed at the base of the bill and behind the eyes, extending under the chin and neck. 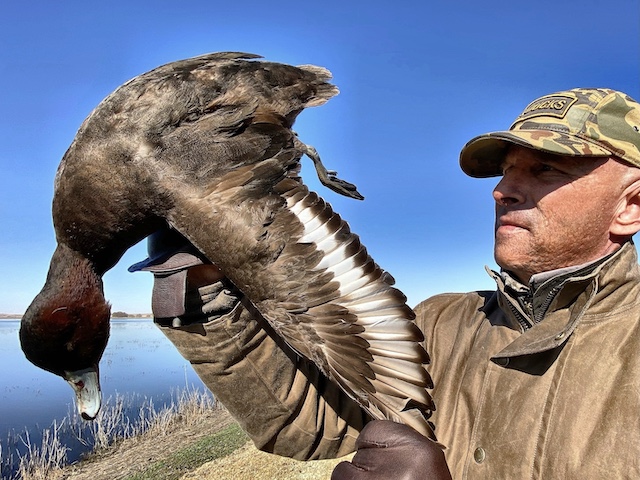 There are two subspecies of Southern Pochard, the South American Pochard and the African Pochard. The South American Pochard has a spotty range extending from Columbia, Venezuela, Brazil, Ecuador, Peru, Bolivia, Argentina, and Chile. The African subspecies is found from the Cape to the Ethiopian highlands. Preferred habitat includes lakes or pools with or without dense vegetation. Although this is a highly gregarious species, Southern Pochards are known to be solitary nesters. Females alone incubate the eggs, which range from six to fifteen in a clutch, and rear the hatchlings. After breeding, they have been recorded to socialize in flocks as large as 5,000 individuals.

African Southern Pochards are omnivorous like most waterfowl species and the majority of their diet revolves around aquatic plants. Their foraging method is primarily diving, in which they will search for larvae, pupae, and aquatic animals on top of the aquatic plant material. The  construction of dams on farms has benefitted this species and allows them to have consistent foraging grounds, eliminating the need for migration in some populations.

SOUTHERN POCHARD. The Afrikaans name is “bruineen,” which literally means “brown duck,” this drab South African species is one of a dozen recognized diving ducks worldwide and one of 3 world species in the genus Netta. Red-crested Pochard and Rosy-billed Pochard are also in this genus . All three prefer relatively shallower habitat than other divers, foraging similarly to dabbling ducks. The Southern Pochard is much less colorful than rosy-bills and red-cresteds, a sky blue bill on an otherwise reddish-brown head, but all 3 species have dark bodies that contrast with strikingly white wingbars that are unmistakable when you see them in flight. All 3 drake species have sparkling, bright red eyes. A collector of experiences, it’s not the “trophy” that compels me personally. It’s the where that pursuit leads: to hidden corners of earth (Africa, Eurasia and South America for this genus), to varied habitats, and to people, their cultural hunting traditions and methods. All leads ultimately to many memories. Good memories. That’s the real prize for me. Follow @ramseyrussellgetducks for more duck hunts in South Africa and worldwide. 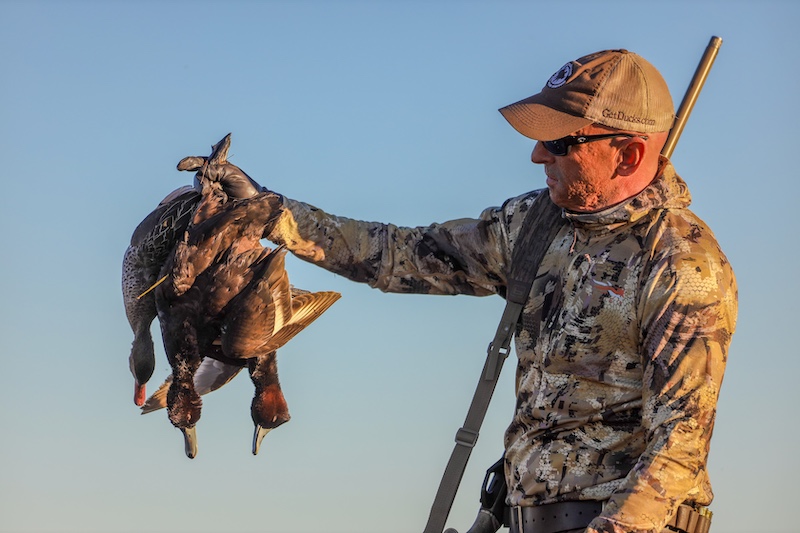