Rosy-billed Pochard (Netta peposaca), also known as the Rosybill or Rosybill Pochard, is a native waterfowl species found in South America. Males are entirely dark with the exception of their red bills and irises and their pale-yellow legs and feet. They display a large knob where the bill meets the face, being one of the most prominent feature on their body. The bill is also tipped with black. Rosy-billed Pochard plumage from the head down to the breast is jet-black and can be seen as iridescent purple in the right lighting. The underbelly is extremely vermiculated with white and gray, almost to the point where it only looks gray. The tail is black with a large white spot on the underside. When in flight, the wings have large bands of white running from the primaries to the speculum that are either edged with black or iridescent green. Females lack the knob on the bill and are mostly chestnut in color. The underside of the tail is white as seen in the male.

While technically designated a diver, the Rosy-billed Pochard typically forages in a dabbling manner. All 3 species in the Netta genus behave similarly as “false divers.” Diet consists mostly of a variety of seeds but supplement with grasses, roots, sedges, and aquatic plants. Rosy-billed Pochards are classified as omnivores as they consume animal matter while foraging for plants. It has been recorded that they are highly adaptable with food sources that are available to consume, which gives them an advantage during years of poor plant growth.

ROSY-BILLED POCHARDS. The true king of South American ducks. Responding to calls, hard-charging divers that sweep over the decoys with a roar, they’re as absolutely delicious as they are fun. Many beautiful species here, but we old salts want the rosybills above all else. There are plenty other species to be had while duck hunting Argentina, sure, all of the usual suspects and plenty of them, but every single client that has been here for the past decade says exactly the same thing: “that number of decoying rosy-bills was amazing!” Yes, my favorite duck is the next one over the decoys, but my heart swells when hoisting a big beautiful bouquet of rosybilled pochards. 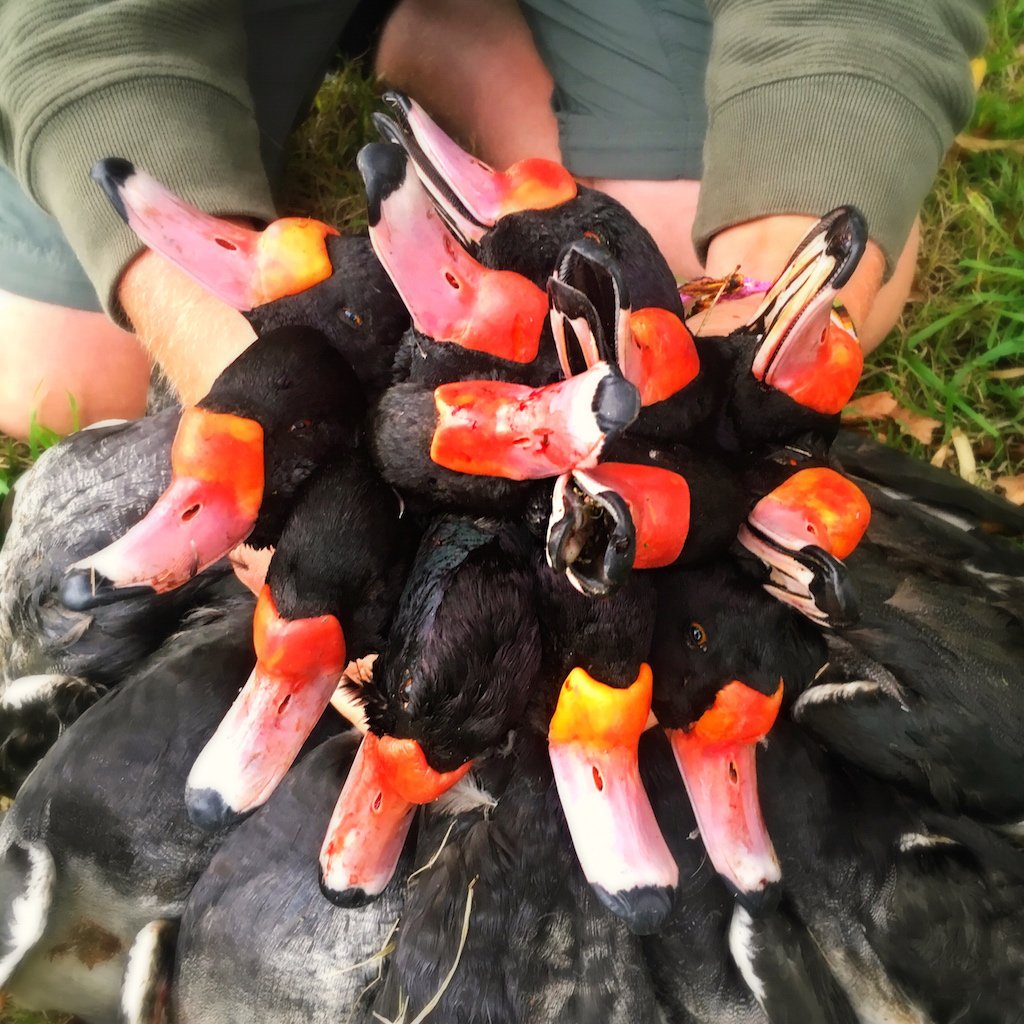