All the world is a hunt camp. Or at least that was the feeling as I walked the aisles at the Safari Club International’s annual convention, held earlier this month in Las Vegas. Mongol outfitters with brochures on hunting with eagles sat two stalls down from a fly-in operation specializing in Yukon moose. There were layout hunts for graylag geese in Iceland, mountain hunts for snow sheep in Kamchatka, and more African adventures than you can shake an assegai at. Of all the incredible hunts I learned about at SCI, these six struck me as the most far-flung, the most exotic—the wildest. Some (O.K. one) are surprisingly affordable. Others cost more than a Maserati. All will have you dreaming about international adventure. Read online story: Six Wildest Hunting Adventures at SCI 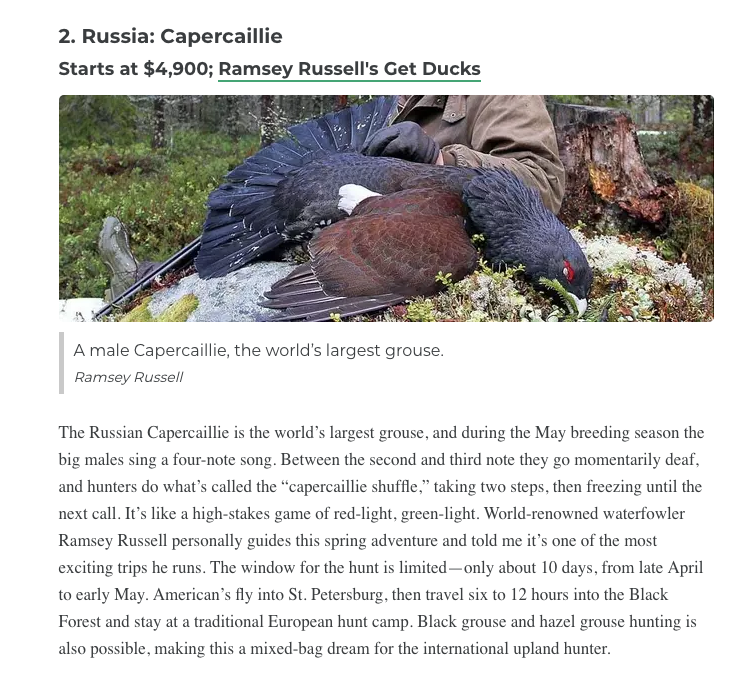