Chiloe Wigeon (Mareca sibilatrix) is a dabbling duck in Argentina that is among the world’s 3 wigeon subspecies. Their specific epithet of sibilatrix means “whistler.” This refers to the behavior male and female Chiloé Wigeon display while communicating, which is lifting their chins and whistling at each other.
Males and females have very similar plumage with the male’s plumage being brighter and less brown overall. Their bills appear thin and are baby blue that is tipped with black. Chiloe Wigeon have a white mask that stops just before the eyes, which is surrounded by black plumage that turns into iridescent blue or green that follows down the back of their head. Their back plumage is arguably the most beautiful part of their body with jet black feathers with bold, carefully painted streaks of pure white and slate gray. Their chest is white with pale black dappling that gradually turns to only white plumage on their underbelly. On their sides they have rusty, patchy plumage.

Chiloe Wigeon found in the southern part of South America, where it breeds in Argentina, Uruguay, Chile, and sometimes in the Falkland Islands. The breeding season lasts from September to December, which is the austral spring. Many Chiloe Wigeons supposedly migrate to Brazil to winter. They prefer habitat in these countries that offer freshwater lakes, marshes, lagoons, and slow-moving rivers. These omnivores will consume primarily on aquatic plants and grasses in these areas. Other staples to their diet include plankton, crustaceans, and tadpoles. In Argentina, Chiloe Wigeon are most abundant in parts of Buenos Aires province, where pasture-like habitat is most prevalent.

While being a gregarious species, socializing and hybridizing with multiple species, Chiloe Wigeons are mostly monogamous during the breeding season. They protect very small territories where they have built their nests in dense grasses or under bushes. Both parents take care of the young after they hatch until they molt, in which the father will leave the family group. 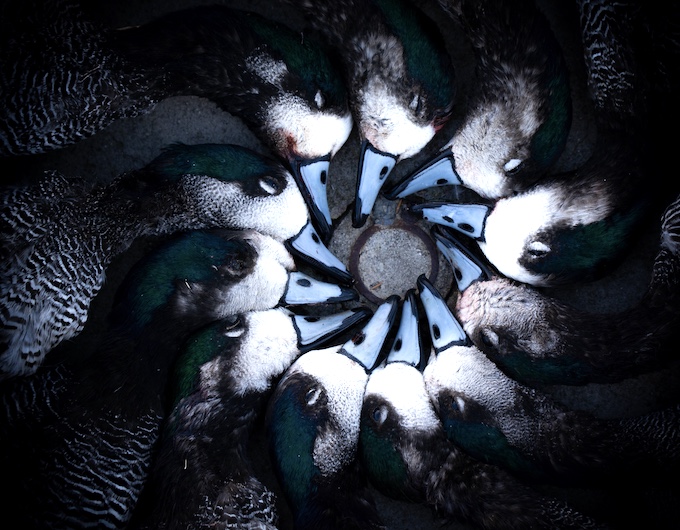 Chiloe Wigeon. Another Argentine favorite. There are 3 wigeon species worldwide (American, Eurasian, Chilean/Chiloe). Chiloes are big as mallards, as vocal as all wigeons, stubby, blue wigeon bill, conspicuous tell-tale wigeon-esque white wing bars you can spot a mile away. The sexes look similar. Very vocal, and like all wigeons, they’re particularly susceptible to calling. In Argentina, they’re most abundant in central Buenos Aires province. Have come to believe they favor this region for its pastures and grasslands. Few are seen among northern Argentina’s marshes.  Once hunted over a German Short-hair retriever named, Overo, which means ” Chiloe wigeon.” Sleek and fast, he came from a long line of German shorthairs on the property. Asked if he’d retrieved many Chiloe Wigeons, the guide replied no, but that the dog had been so named for good luck because it was his owner’s favorite duck. 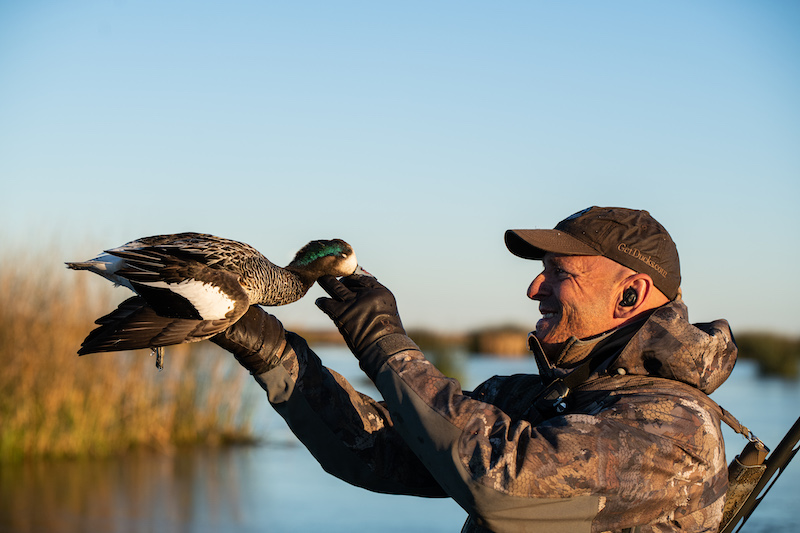