Ringed Teal (Callonetta leucophrys) is a small dabbling duck whose body shape can be likened to that of a Black-bellied Whistling Duck. Their upright posture allows for their large variety of patterns and colors to be on full display. They have a slender gray-blue bill and small head that is finely speckled with light brown on a cream background. They also display a dark brown or black streak that begins at the bill between the eyes, and extends to the back of their neck. The upper part of their chest is a pinkish-gray with black and gray spots. The bottom of the chest leads to the underbelly with very fine white and gray vermiculation. The legs and feet are bubblegum pink and their toes allow them to perch in trees, an unusual trait for waterfowl.

The Ringed Teal undertail is black with a large white oval on either side. When at rest, there is a rusty plumage. When in in flight, their wings are nothing short of beautiful. The speculum is iridescent green and is under a large white oval that is outlined in black, almost looking like an eye. Males and females are dimorphic with females displaying an overall gray appearance that looks a bit like watercolor. Catlike mewing vocalizations. 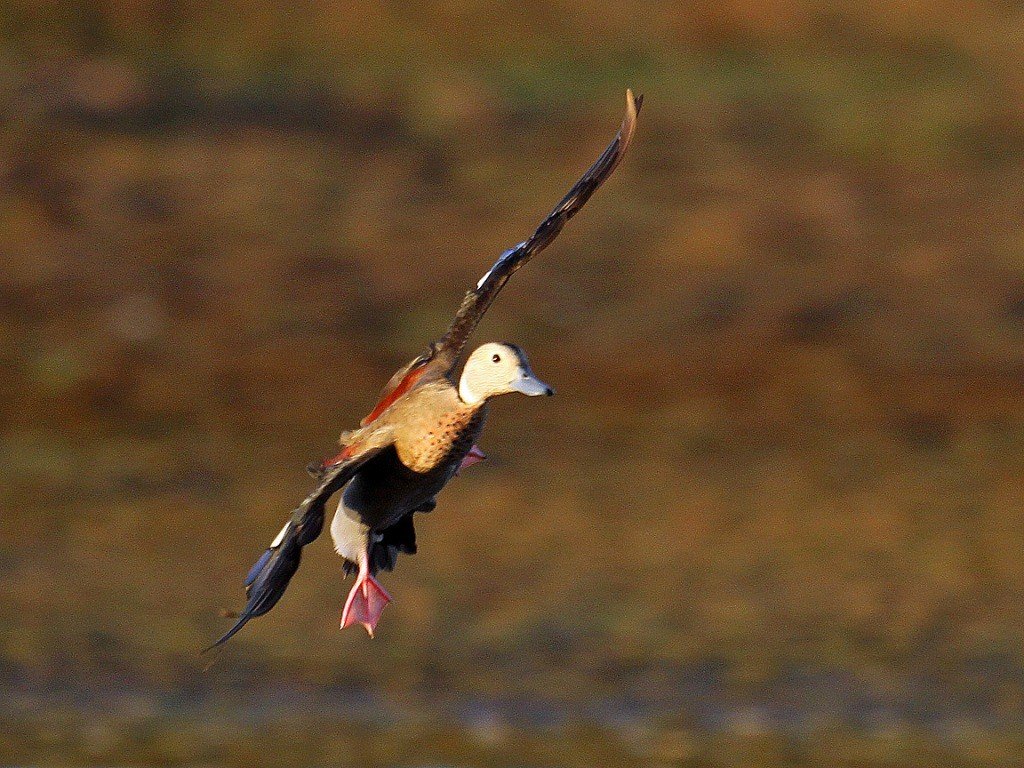 Ringed Teal are known to breed in Argentina, Paraguay, Bolivia, Brazil. And Uruguay. Here, preferred habitats include swampy forests, open marshes, and secluded pools or small streams. Male and female Ringed Teal form very strong bonds after mating, and this in turn translates to their fierce protection of their chicks. The male is typically the one that cares for and follows the slower or smaller chicks, which increases their chance of survival.

When Ringed Teal ducklings hatch, they lack the waterproofing ability that the adults have. To rectify this, ducklings will rub up against their parents to allow a transfer of the waterproofing oils so that they can join the family in the water. The ducklings quickly pick up on foraging behavior with the help of their parents. Ringed Teal are classified as dabblers, and their diet consists of a wide range of aquatic plants and insects. 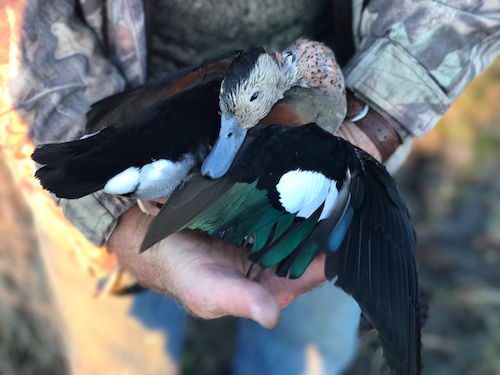 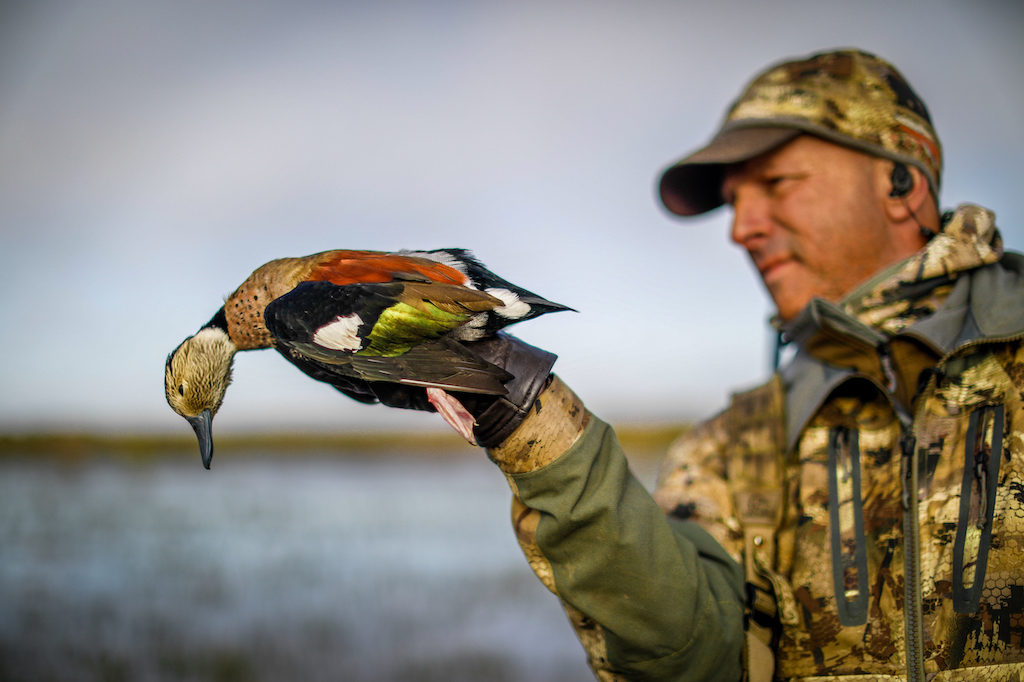