Silver Teal (Spatula versicolor), also known as the Versicolor Teal, displays similar plumage to that of the Puna Teal, which was originally considered to be a subspecies of Silver Teal. Silver Teal boast unique colors on their somewhat thick bills. There is a black line that runs down the middle of the bill, yellow spots on either side closest to the face, and the rest of the bill is a pale or baby blue. Their brown eyes are very close to the top of their head, though it is sometimes difficult to spot because of their jet-black cap that extends down the back of their neck. Directly under the cap is creamy white or tan plumage on the cheeks that extends down the neck, where gray circles gradually appear. The circles grow in size and color intensity the closer they get to the flanks. There, the tan plumage becomes white and chunky black lines take the place of the circles. Their tail plumage is highly vermiculated with black and white. When in flight, Silver Teal show off their mostly dark brown or red-tinted brown wings with iridescent green speculums that are edged with stark white.

The Silver Teal’s range sometimes overlaps with the Puna Teal. Residents reside in Bolivia, Brazil. Paraguay, Argentina, Chile, Uruguay, South Georgia, South Sandwich Islands, and the Falkland Islands. This species can also be found in the lowlands of Peru, where their range does not overlap with the Puna Teal in the high altitude of the Andes. The majority of the species are residents, though a few populations in the southernmost areas will migrate to Brazil for the winter. Silver Teal are often seen congregating with Puna Teal. They can be identified from Puna Teal as they are smaller and display duller plumage.

“Capuchino,” hisses guide Diego. Silver teal. Seen over the swinging barrel: sky blue bills with sunshine yellow bases, black skull caps pulled below their eye, finely vermiculated “silver” back and rump, but boy those wings—the way their speculums gleam blues and greens, faintly blue upper wing patches! Certainly among the most striking species of Spatula genus they share with world shovelers, blue-winged and cinnamon teal, garganeys. Ubiquitous throughout Argentina, most prevalent in marsh settings. Been a 20-year love affair. Borders are open, just weeks from finally returning. Rampant rumors that Argentina’s vaccine mandate to be lifted this month. But it won’t really feel normal until I’m again standing knee-deep in the marsh, holding another a silver teal “capuchino.”. 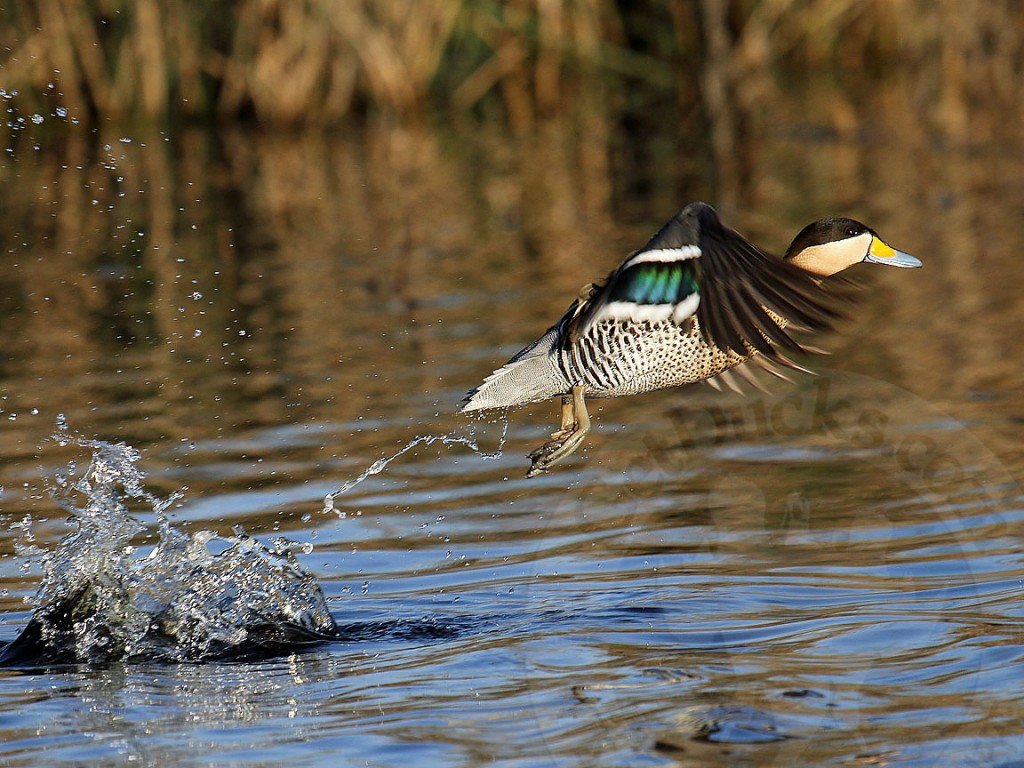 Peak Silver Teal breeding season occurs from April to June and mates prefer freshwater habitats that have ample reed beds. They usually portray a calm demeanor and it is assumed that they are protective of their eggs, juveniles, and females. Both male and female Silver Teal take part in rearing the young. These dabbling ducks are mainly herbivorous, consuming seeds and aquatic plants.

SILVER TEAL WHEEL. One of the coolest little ducks in Argentina. Like palming a shiny, newly-minted silver dollar back when it really meant something. They’re ubiquitous but favor shallow water in raw marsh. Pairs and singles usually. Black capped heads are defining – their Spanish name is derived from “monk-like hair cut!” Can’t make that stuff up. Finely vermiculated sides and rumps shining like those silver dollar in the sunshine, speculums gleaming spectacularly greens and blues. But that bill color! Coming in fast, low over the water into decoys, responding to coarse choppy teal barks. My ol’ buddy Briscoe made me a handful of “capuchino” calls for next summer, too. Racing inches across head-high tules, they hit the marsh opening and spying the spread dip in unison like speeding rollercoaster cars, screeching moments later in front. 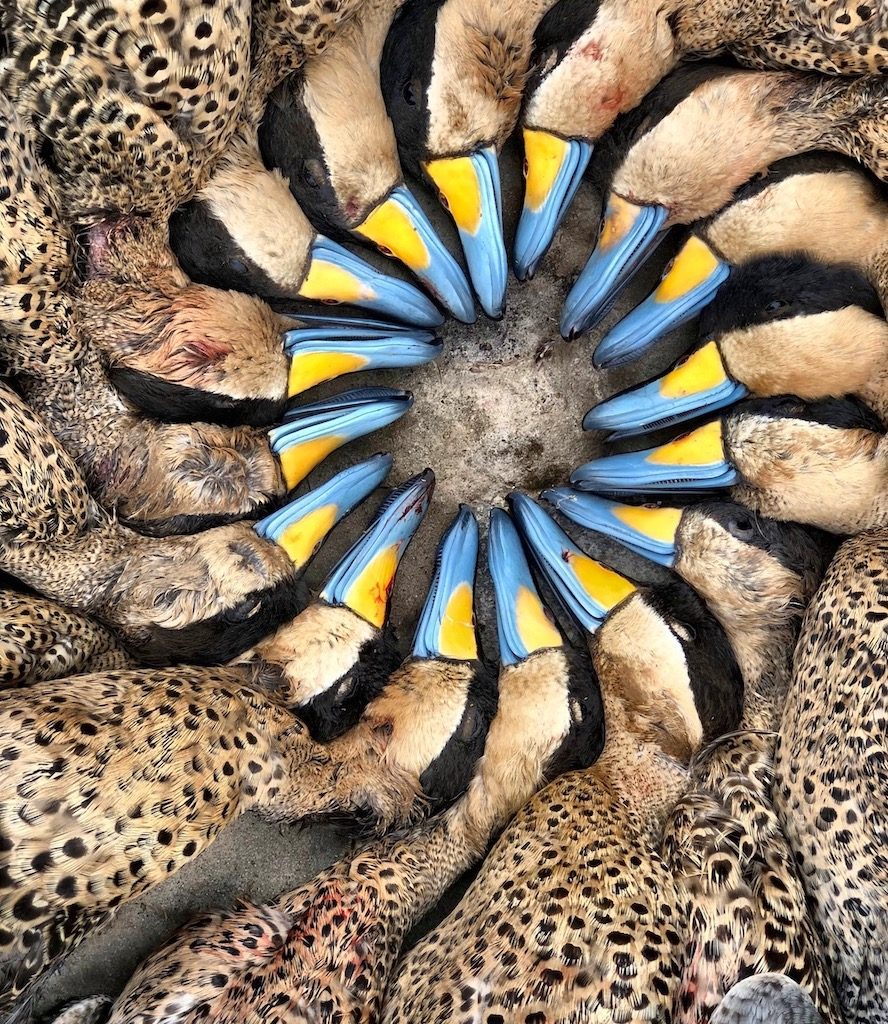