White-cheeked Pintail (Anas bahamensis), also commonly known as the Bahama Pintail, is a marsh duck with incredibly distinctive plumage. White-cheeked pintail bills, in comparison to their face, appear very large. They are mostly black or gray with a red flare present on either side of their nares. This red is also seen in their small irises. Individuals have a brown cap that stops just below the eyes and extends down the back of their neck and onto their back. The white cheeks, their namesake, are bold and contrasts highly on the males, though the female’s cheeks are more dainty, somewhat reminiscent of a porcelain doll. The chest, flanks, and underbelly are tan-brown with cascading dark brown spots that get larger the closer they are to the underbelly. White-cheeked pintail wings are mostly brown with a beautiful iridescent green speculum that is edged with black on the side closest to the secondaries. The green and black are outlined on either side with bold, bright, tan secondary and median coverts.

White-cheeked Pintail. Easily the most elegant of Argentina duck species, sprigs the color of farm fresh cream. And check out the way that speculum pops! Seems like almost always decoy in singles and pairs, sometimes small flocks of half-dozen. Over the decoys, find myself focusing on the bright white cheek patch, sometimes noticing the the bright red indicative of adult drakes. Good focal point while instinctively shouldering gun. Argentina and coastal Peru are the very best places to hunt white-cheeked pintails. 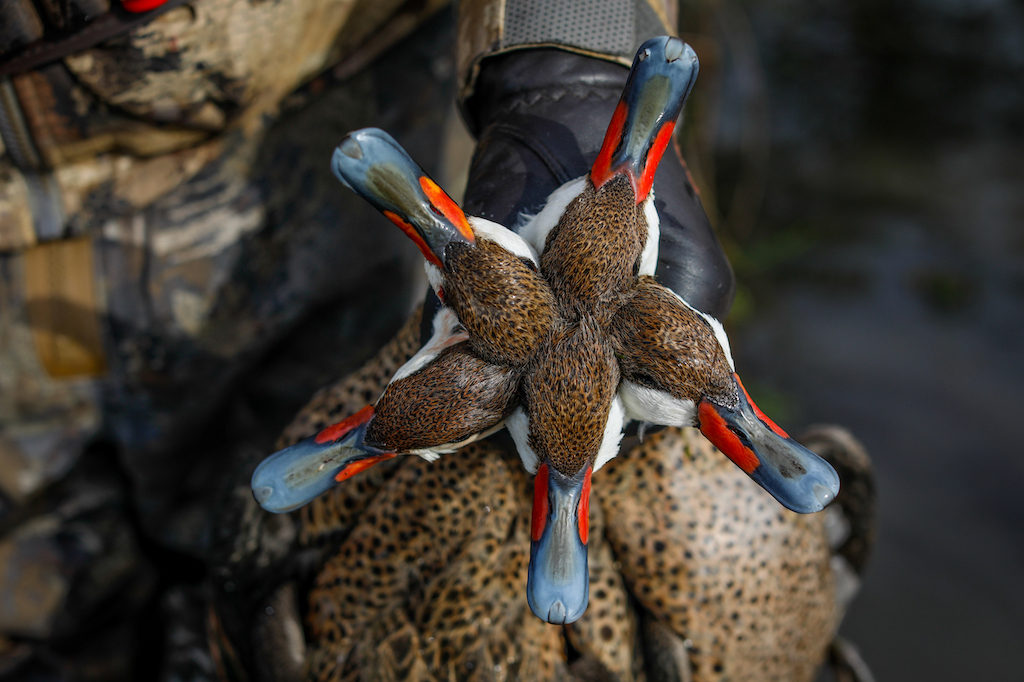 While normally found in the Caribbean, South America (the coast of Ecuador and Peru, southern Chile, northern coast of Columbia and Venezuela, southern Bolivia, Paraguay, Argentina, and the east coast of Brazil), and the Galapagos Islands, White-cheeked Pintail there is only 1 recognized subspecies. Their natural habitat in South America are slightly saline or freshwater wetlands, which includes brackish lakes, estuaries, and mangrove swamps. Incredible popularity of this species for avian collections has led to individuals or small flocks of escapees living in Europe.

White-cheeked Pintail are considered monogamous for a single breeding season. There have been reports of polygyny (females having multiple male partners) because the male that she paired with is not attentive and leaves his own territory for long periods of time. Nests are built under dense, grassy vegetation that is close to a calm and quiet water source. Females are the only parent that incubate and rear the young. This is a dabbling species and their diet consists of aquatic plants and invertebrates near the surface of shallow waters.

WHITE-CHEEKED PINTAIL. One of my favorite Argentina duck species, it was also among the last species encountered during early visits there. They’re rarely found in river systems in northern Argentina. Their distinctive whistles and flight patterns are familiar to anyone that’s decoyed northern pintail, their shorter, blonde sprigs clearly tell-tale visible. During early morning when the sun is just over the horizon, they’re plumage is a striking bronze, jade secondaries ensconced in shimmering golden chevrons, while over the decoys their bright white cheeks and blood-red bill bases catch your attention when excitedly shouldering your shotgun (especially the adult drakes like the one in photo). Typical of pintails everywhere, they prefer shallower parts of the marsh. No matter how many times it happens, they feel like a prize every time I pick one up. 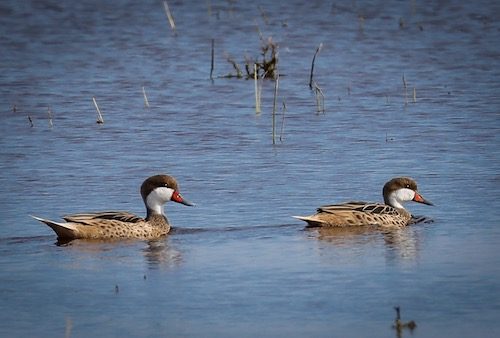 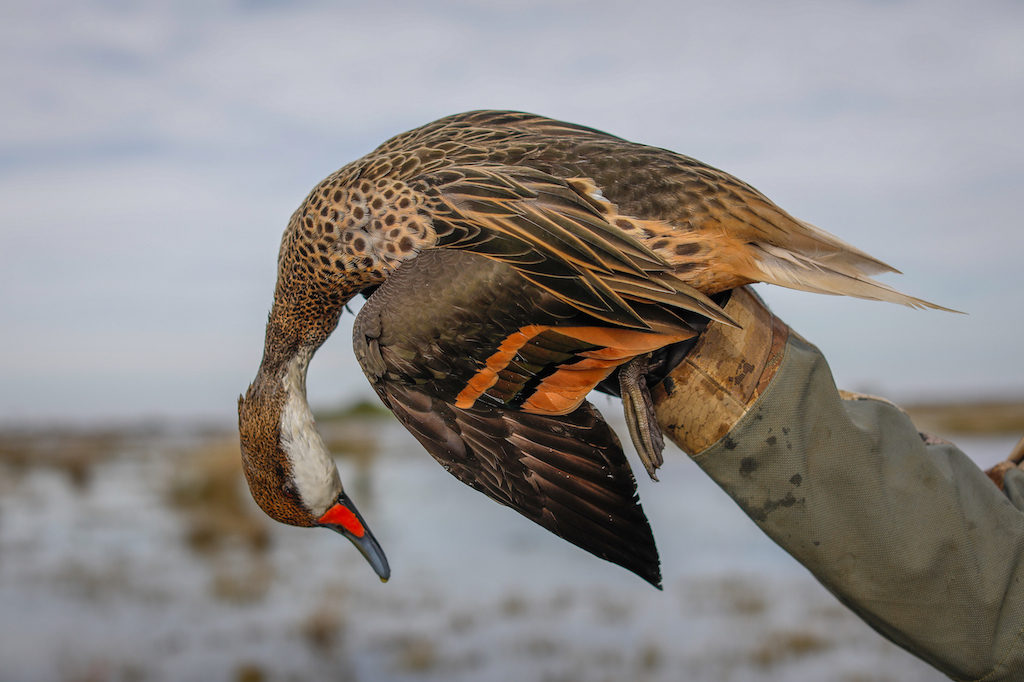