When we get home and tell all of our Aussie mates how good the hunting is at Rio Salado, we’ll book the place out

“When we get home and tell all of our Aussie mates how good the hunting is at Rio Salado, we’ll book the place out!”

Argentina duck hunting at GetDucks.com’s Rio Salado isn’t easy to get to and requires some mobility, but for real duck hunters willing to go a little further there awaits wild, unbaited duck hunting in it’s purest forms that exceeds anything you’ve ever experienced elsewhere. Welcome to REAL Argentina.

This was my son Philip’s senior trip. We will never forget it!!

This was my son Philip’s senior trip. We will never forget it!! We are from the hospitality state, but La Paz is the hospitality epicenter — everyone was so helpful.  The food was the bonus, we had no idea we would be eating gourmet every meal. The combo of ducks, doves, perdiz, pigeons and golden dorado is awesome!

Can’t think of any way to improve on the Las Paz Argentina duck hunting combo. Would love to come back.

I booked this hunt at the Las Vegas SCI convention and wasn’t sure what to expect.  Needless to say this was a fantastic hunt plus good fishing day. Very beautiful birds and country. Food was the best since I lived in Europe.  Martha was a great host and very well organized.  Ramsey and Anita at GetDucks.com did excellent jobs describing this hunt and preparing my travel. Can’t think of any way to improve on the Las Paz Argentina duck hunting combo. Would love to come back. 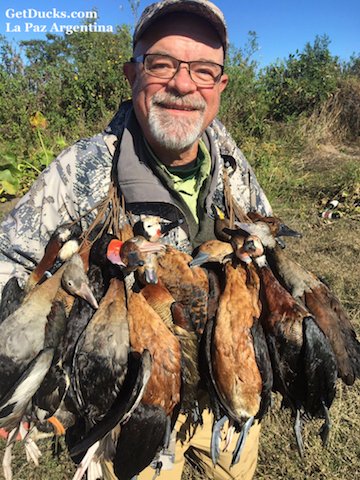 Wow! The Argentina duck hunting combo at La Paz exceeded my expectations!  My son Bryan and I were shown such good hospitality.  Martha is such a kind, good natured and organized host – she is a gem! Osvaldo and Karen are such good folks – what incredible gourmet food! The duck hunting was unequalled, the guide staff were really on top of their jobs. Beautiful duck species. Rosybills were in vast numbers and decoyed very, very well.  Dove hunting was at a major roost – wow – shot hundreds! Decoyed pigeons were a blast! Parakeets were in such arge nubers it was incredible.  We caught large dorados and ate them on an island in the Parana River.  The bird dogs allowed us to shoot our limits of perdiz quickly.  We will see you all here again! WOW! 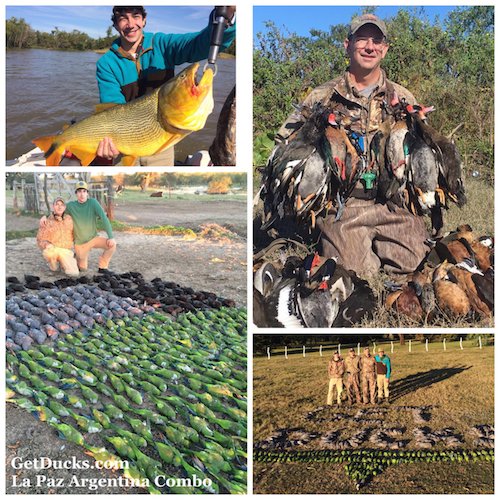 Our La Paz Argentina Duck Hunting combo was an amazing time. You and your staff did An AMAZING JOB

Our La Paz Argentina Duck Hunting combo was an amazing time. You and your staff did An AMAZING JOB adjusting to our constantly changing arrival in Buenos Aires due to 2 canceled flights!!! And extending our departure date!!

From the time my party arrived until the time we were dropped off at the airport we  THE SOUTH JERSEY BOYS were treated with the greatest respect. Your entire staff MARTHA, OSVELDO, DEIAGO, SANTIAGO, PASHA did a great job considering the changing conditions due to the major flooding that had occurred there.

I was not expecting the quality of service or accommodations that the La Paz lodge provided, especially the the food that KARIN AND OSVELDO provided !!!! Every meal we had I considered to be 5 star rated. They went out of their way to provide our every desired meal and tastes.

Plus spending time with them all as we relaxed after our evening meals included ALOT of laughter and great stories made even better with the lack of completely understanding one another due to the language differences, but Martha and Dieago did outstanding jobs translating, sometimes causing even greater bouts of laughter!  The meals in the field were cooked to perfection and you were right, I don’t think I will be eating any beef here in the USA for a while !

The duck hunting was difficult due to high water conditions but the boys did their best to put us on birds, and we shot plenty. While the dove, pigeon and perdiz hunts were ABSOLUTELY AMAZING SHOOTING. I think we surprised everyone with the volume of our shooting. Our group of 4 hunters shot 496 boxes of shells over 5 days, for a total of around 6000 birds!!!!  I truly loved the pigeon hunts, and the parakeets are a hoot to shoot.

You were right MARTHA is a wonderful and amazing hunt hostess and she knows how to put on a first class trip!! I pray the you never loose her as she is a valuable and rare person to have as an employee. And she can bust balls with the best of us men.

As you know I came onboard this trip at the last moment, I just wanted to say thank you for trip of my life with some now very good friends.

I look forward with working with GetDucks.com in the future. 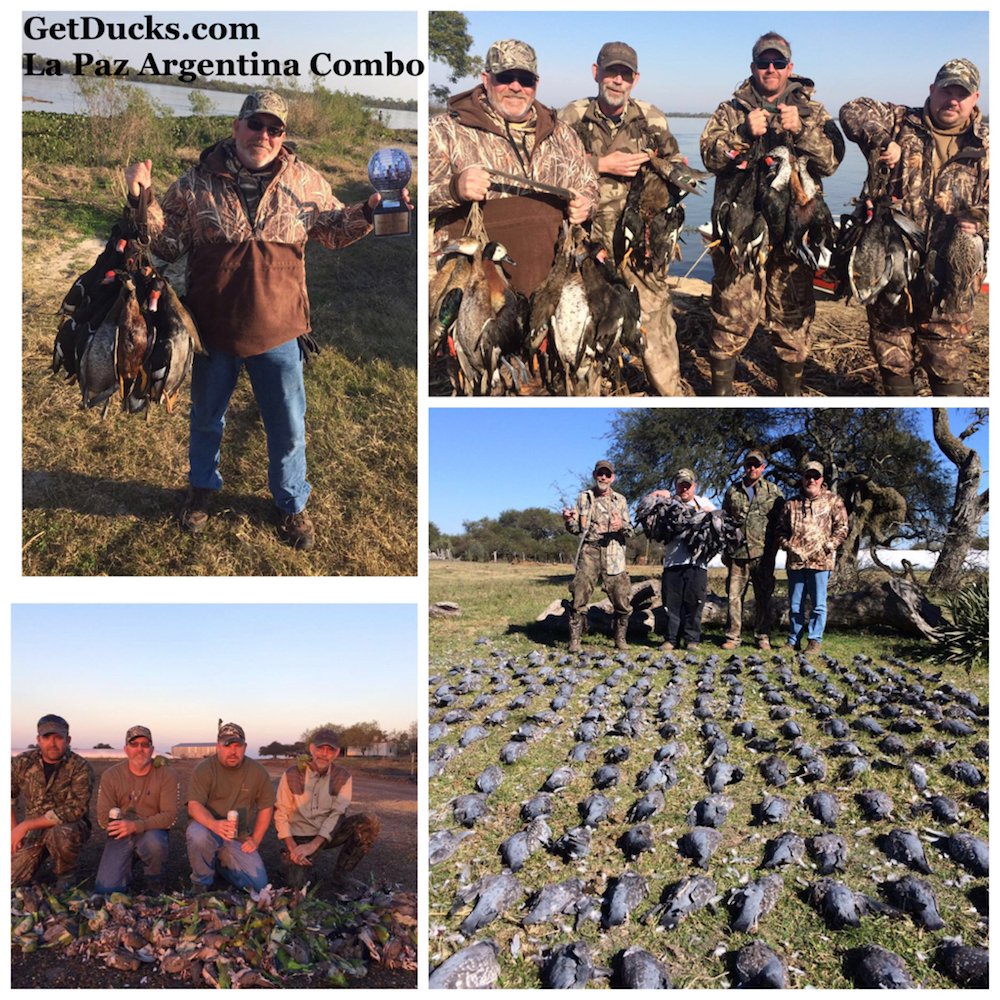 Enjoyed the entire Argentina duck hunting experience, my son’s graduation trip. Trips like that are what memories are made of

Just wanted to drop you a note to let you know how much we all enjoyed the entire Argentina duck hunting experience, my son’s high school graduation trip. Trips like that are what memories are made of and it makes me smile every time my mind wanders back there. I  appreciate that the boys took Nate with them and made him a part of their group, he had a lot of fun hanging out with them. Hopefully we will get the chance to do it again. As for my father-in-law, it’s not many that can say they got their first duck in Argentina and it was great to see his confidence and excitement in shooting grow as the week progressed. Thank you for being a big part of such an unforgettable trip. 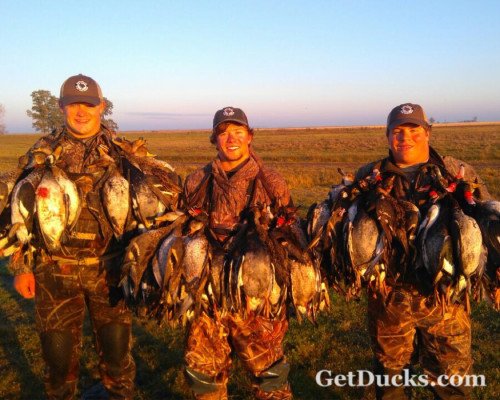 Every aspect of my Obregon Mexico brant hunting combo trip was highly organized. Staff was attentive and professional. High quality shooting and abundant birds of all species.

Where else can a hunter get the high level of hunting experience that was afforded so close to home? Every aspect of my Obregon Mexico Brant Hunting Combo was highly organized. Staff was attentive and professional. We were actively engaged in hunting activities throughout the entire day. Equipment functioned well. High quality shooting and abundant birds of all species. I especially enjoyed hunting with Ramsey and getting to know him personally- he’s the real deal! The brant hunting was actually better than I had expected. The dove hunting was non-stop action as well. Both Anita and Ramsey were available and attentive whenever they were contacted. I greatly appreciate their straight forward and accurate depiction of the quality of hunting and level of shooting to be expected. 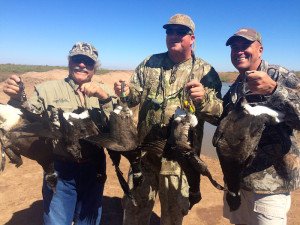 As a goose hunting guide, I was impressed with how much the crew did for us each day. Obregon Mexico duck and brant combo was a great trip, and I will be going back!

I had a great time, hunting accommodations and food was great.  Service was great, all the guys worked hard for us each day. As a goose hunting guide, I was impressed with how much the crew did for us each day. Obregon Mexico duck and brant combo was a great trip, and I will be going back! I’ve got nothing but good things to say about GetDucks.com. 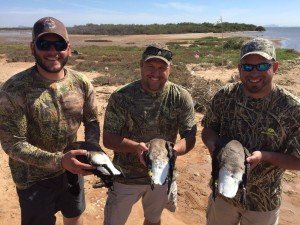 I wish the shooting had been better but things were pretty perfect the way they were.  El Niño had pushed the bulk of the birds northward and we struggled as a group that first week in March. The group of people were to be cherished however, be hard pressed to find a better group of hunters to share duck camp with. I was chiefly thankful that I was able to experience such a trip as this and just be in the salt marshes enjoying another sunrise. 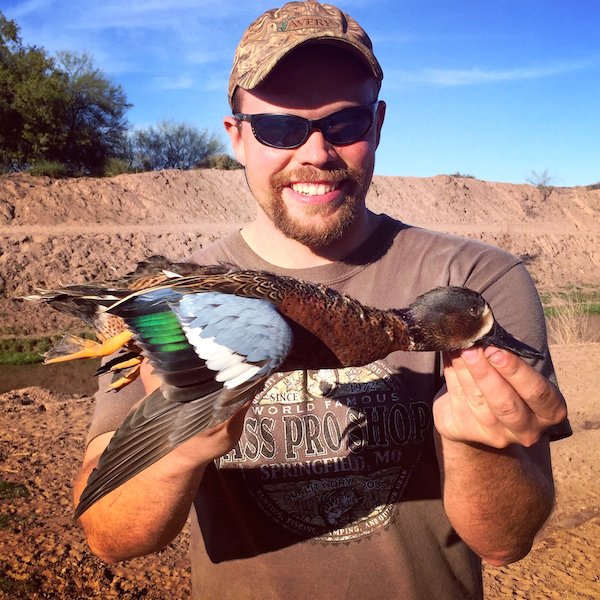 It’s hard to pinpoint just one thing that stood out over all the rest during our excellent Mexico brant and duck hunt in Obregon. Each hunt was great and overall had plenty of shooting

It’s hard to pinpoint just one thing that stood out over all the rest during our excellent Mexico brant and duck hunt in Obregon. Each hunt was great and overall had plenty of shooting, and I was able to harvest all the species I was after. From the very beginning, the staff was hard working, polite, and did everything to make sure our entire trip went as smoothly as possible. The staff was always on time, and each hunt was executed perfectly. Blinds were already brushed and ready and decoys set. All we had to do was pull the trigger and the staff took care of the rest. Overall an amazing experience. Hanging out at the lodge after each day was very enjoyable though. Anita was always prompt with emails and extremely helpful from the very beginning, before I even decided to book. I had several questions during the planning process of the trip and Anita was always very nice and helpful and was sure that all my paperwork was in order and in time. Getducks.com did all the leg work and took out all the stress of choosing the right outfitter and making sure all of the important details were attended. Anita was helpful and it was great to hunt with Ramsey.  Getducks.com has everything a destination hunter and trophy collector could ask for. Their packages are very appealing and well described. Both Ramsey and Anita were helpful through the entire process and even during the hunt. 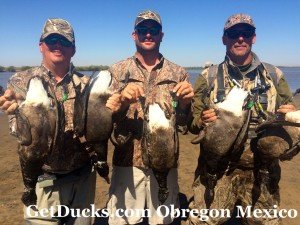