Hunts, guides and hotel were all great during my Mexico duck hunt in Mazatlan. One guide in particular, Chaba, I bonded really well and asked him lots of questions. Since I was a single hunter I loved being in my own blind not having to be concerned about others. My bird guy Hector helped me for two days and it was a blast.  Anita and Ramsey both helped as much as they could. Being able to speak with GetDucks.com staff at any time was extremely helpful.

Everything was awesome from the start to the finish. The guide-staff were very positive and made everything perfect.  Already rebooked and looking forward to next year hunting my dad and brother. 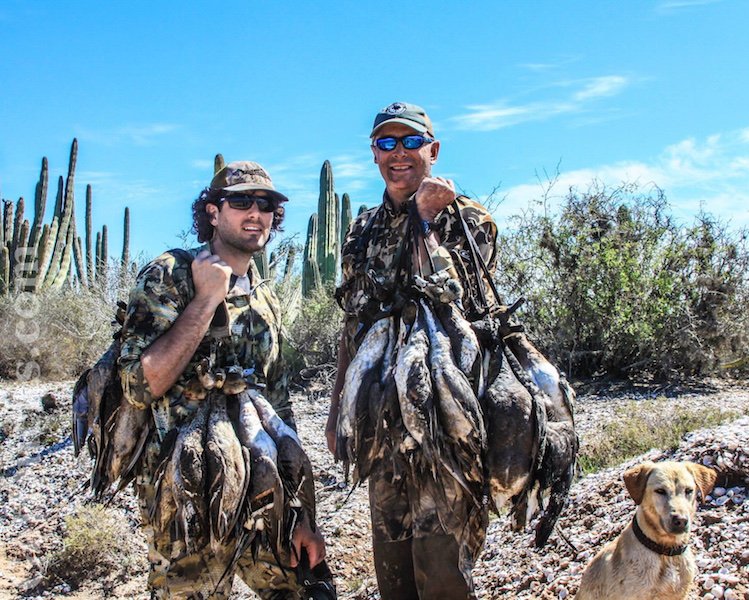 The number of birds that we saw every day, the different species and the prime color that they had made for a very memorable Mazatlan Mexico duck hunt.

Everything about our Mazatlan Mexico duck hunt was “as described” by GetDucks.com.  This trip was my honeymoon and I could not think of a better place to take my wife (who does not hunt) for a vacation-hunting trip. The number of birds that we saw every day, the different species and the prime color that they had made for a very memorable hunt.   For my first time traveling to Mexico you were very helpful not only coordinating the hunt but also airline tickets, reservations, and bringing birds back to US.

Great hunts, good lodge, good food, good operation, well planned out. We were well informed and well planned thanks to Ramsey and Anita.  I had confidence that everything would be handled.  We flew into Obregon via Mexico City.  The UA agent told us we did not have to claim luggage that it was checked all the way through, so had Ramsey not talked me through the process beforehand it could have been a big problem if we had left our luggage sitting there unclaimed while we were in Obregon.  This was my third father-son trip with GetDucks.com and I had confidence that everything would be handled.

As AMAZING as Obregon Mexico duck hunting was, I may be spoiled for life! GetDucks.com staff were a dream to work with.

Shot every species of duck that I was interested in mounting. I even shot a fulvous duck as a huge unexpected bonus. Being on a ‘hosted’ hunt with Ryan was first class! I’ve never had more professional guides in my life. What an incredibly gracious host at the lodge! If only there was a place in DFW to get food as good as we ate in Obregon. GetDucks.com staff were a dream to work with. overwhelming peace of mind. As AMAZING as Obregon Mexico duck hunting was, I may be spoiled for life! 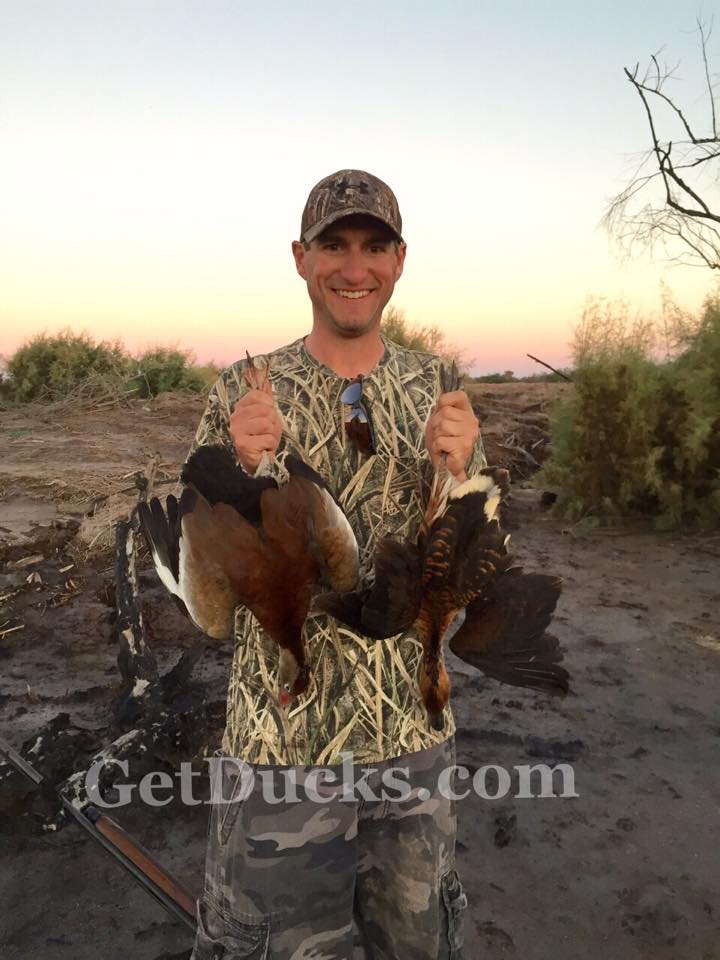 I loved Alaska king eider hunting. It was an exotic duck hunt for one of the premier duck species in the world.

I loved Alaska king eider hunting. It was an exotic duck hunt for one of the premier duck species in the world. If you want to hunt king eiders in Alaska you need to make arrangements through someone like Ramsey Russell at GetDucks.com who understands what needs to be done in order to make this happen. Stick to the suggested packing list. It is spot on. I had never hunted sea ducks before. It was a blast to hunt them from the boats. It was all so different from my previous hunting experiences.  The guide-staff took great care of us and adapted to conditions as they changed. They were very safe and did their very best to see that all of us had an opportunity to have a successful hunt. And We Did! 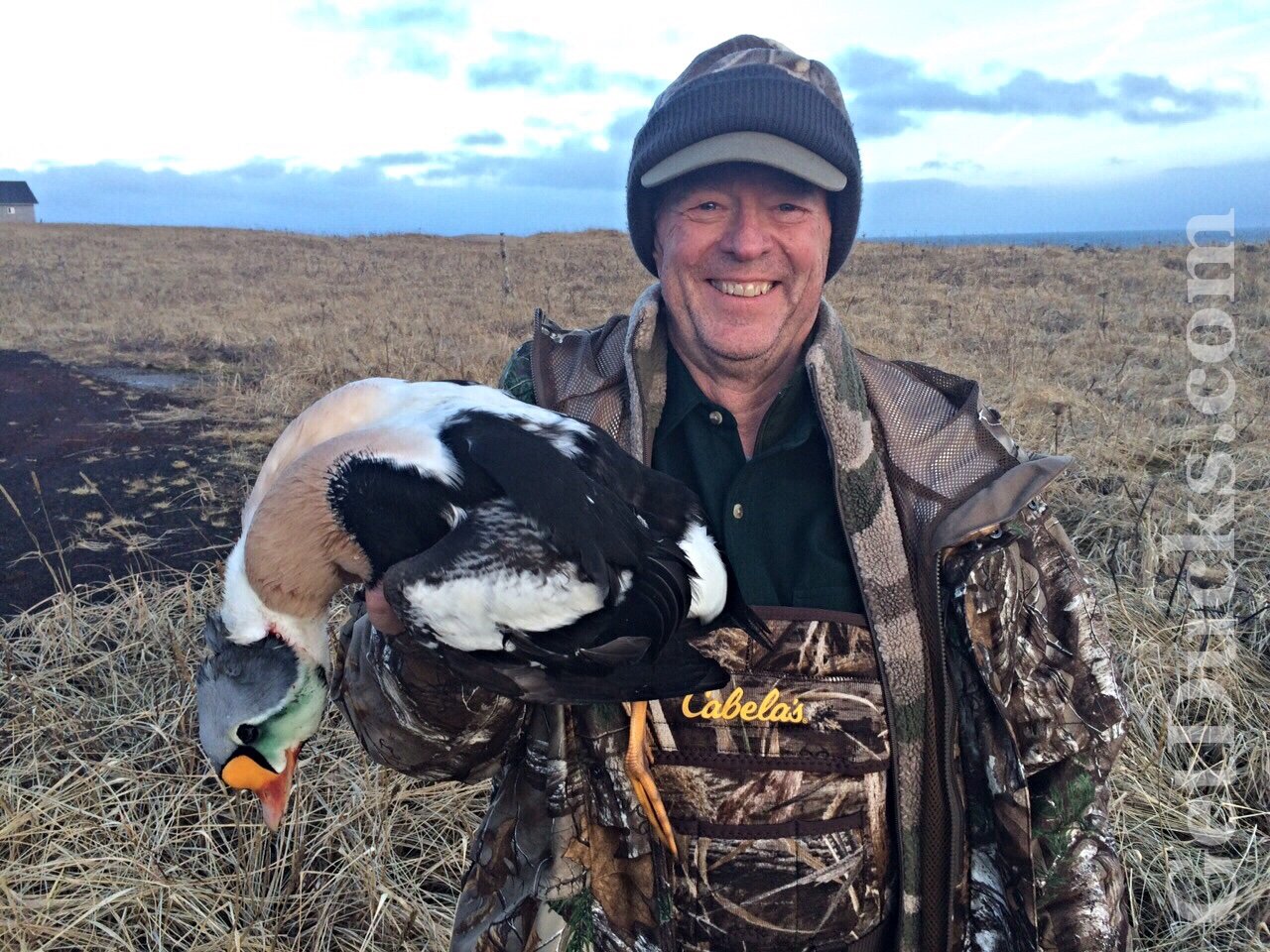 Obregon Mexico duck and brant hunt staff went above and beyond to put us in excellent hunting situations.

Excellent accommodations, equipment, staff and hunting grounds. Our black-bellied whistling duck hunt was amazing! Obregon Mexico duck and brant hunt guides and staff went above and beyond to put us in excellent hunting situations. The entire experience was smooth from beginning to end.

every bit as good as described…lived up to every expectation.

Mazatlan Mexico duck hunting was every bit as good as described. The hunt lived up to every expectation. I even shot all the trophy ducks that hoped for. My Dad and I were able to spend mornings enjoying fast action duck hunting spend the afternoon on the beach with the spouses.  Everything was very organized and very well run. The guides and hotel staff were extremely accommodating and friendly. It was the perfect combination of hunting and relaxing vacation. Everything went very smooth from the initial planning until I got home. Thankfully we didn’t have any travel or hunt issues, but if we had, I was confident that Ramsey and Anita at GetDucks.com would have worked out in short order. I am sure they seemed remedial but for a guy going on his first guided hunt and bringing birds home from Mexico they were important questions and the quick response were greatly appreciated.

I really enjoyed being in different kind of country and marshes at dawn and seeing so many different species Mexico brant hunting in Obregon.

Our Obregon Mexico brant hunting trip was very good. Our host was very inventive to offer us different opportunities when inclement weather altered primary plans.  It was a bit of a pain but that is what makes for memorable adventures.  I had never hunted with a guide before, but I really enjoyed being in different kind of country and marshes at dawn and seeing so many different species. Everything was well organized and I am glad I went.  Travel arrangements were thorough and perfectly clear.

GetDucks.com is a one stop shop. Anita’s professionalism and attention to detail is unequalled.

Obregon Mexico brant hunt was excellent. Very Attentive and competent staff. Nice lodging and food. They put us on the ducks and brant. Moved us if it was slow. Most of all, it was a real hunt. Not a guided shoot with someone else calling birds and calling your shots. Lots of birds and opportunities.  GetDucks.com is a one stop shop. Anita’s professionalism and attention to detail is unequalled.