Yellow-billed Pintail (Anas georgica) is a common species of dabbling duck that is larger in size to the Yellow-billed Teal. Their yellow bill displays a black like running down the middle to the tip, and a little around each side. The bill somehow gently and sharply slopes off of their face, and is quite elongated. Their neck is also somewhat thin and makes their head look larger than it is. The eyes are completely black. The majority of their plumage is different shades of dappled browns, making this a simple yet picturesque bird. While in flight, the wings are brown with a dark brown speculum that is edged with tan plumage on the top and bottom. Sexes look similar and juveniles have a duller yellow on their bill for a short time. As their name implies, they have a sprig but it’s much shorter than northern pintail.

Their population range includes most of South America, the Falkland Islands, and South Georgia. A behavioral characteristic that helps in differentiating the Yellow-billed Pintail from the Yellow-billed Teal is that Yellow-billed Pintail are not extremely social so they do not normally form large flocks. This species is found in habitats ranging from lakes and marshes within the higher elevation to coasts and rivers in the lower elevation near open country. During the breeding season, regardless of altitude, nests are created in dense vegetation on the ground near water. Each clutch can range from 4 to 10 eggs. 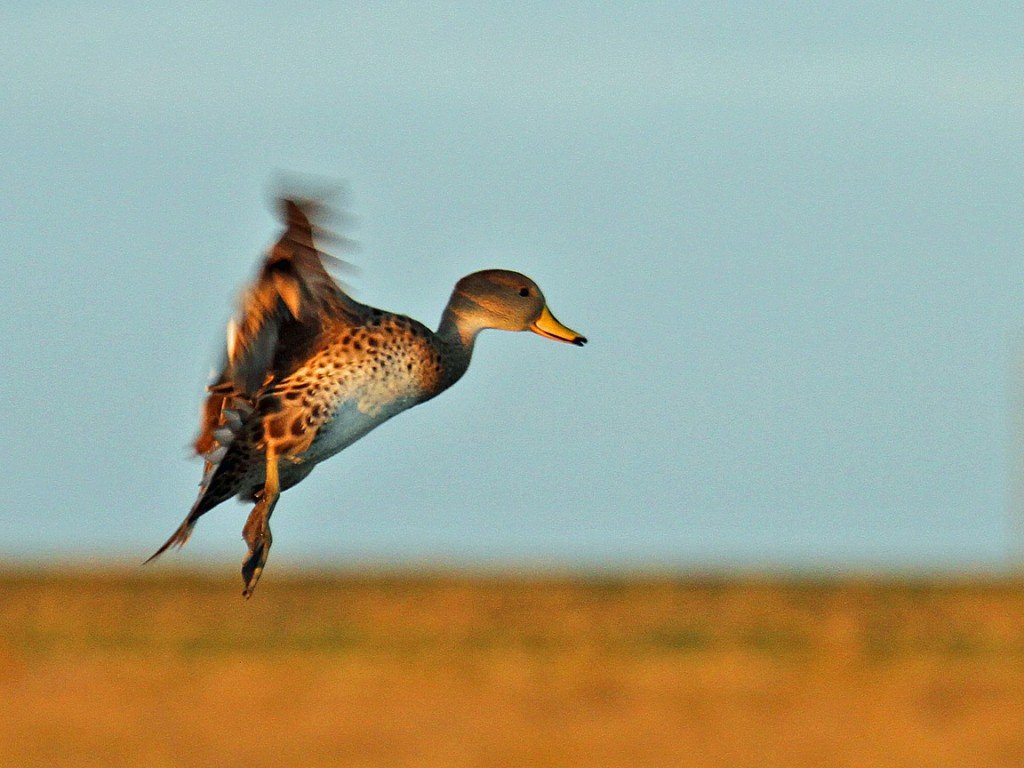 Foraging behavior for this species and its three subspecies is dabbling, though they will sometimes dive. To avoid predation, foraging is mostly done nocturnally. Their omnivorous diet consists of seeds, roots, grasses, algae, crustaceans, insects, shrimp, and snails. On land, Yellow-billed Pintail use their bills to dig into soft, moist ground or consumes vegetation that is above ground.

YELLOW-BILLED PINTAIL. They may look different than northern hemisphere pintails, but there’s no mistaking what’s what when you hear their whistles, see those long necks on one end and pointed sprigs on the other, elegant flight. Ubiquitous throughout Argentina, they like skinny water most. Maizero is their Argentine name, meaning “corn duck,” in reference to their brightly visible yellow bill. 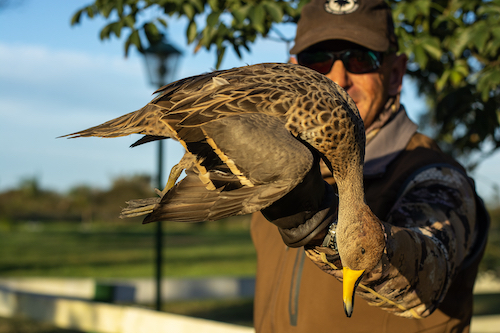