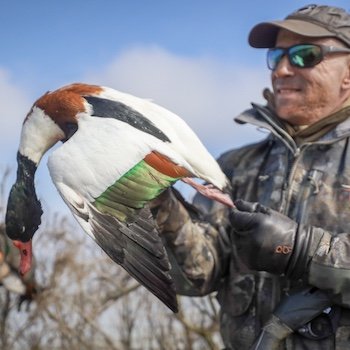 For 365 days per year, it really is duck season somewhere. Ramsey Russell’s year-long duck hunting quest takes him worldwide, 6 whole continents worth of duck hunting adventures.  And Duck Season Somewhere podcast brings it all home to listeners. Pull up a seat and join host Ramsey Russell, founder of GetDucks.com, as he meets with genuine waterfowl hunters, biologists and storytellers from around the globe. 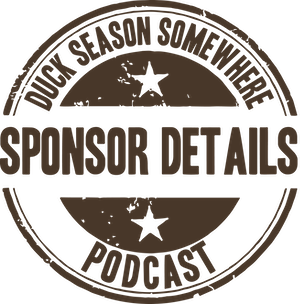 May 6, 2021 | DUCK SEASON SOMEWHERE PODCAST
Listen to this episode

Wetland management for better waterfowl habitat. Interested in wetland management for waterfowl (and I know from countless inbox requests for this topic that many of y’all are) then this 3-part series is right in your wheelhouse.  It’s no accident that we’re dropping this series when it’s time to start readying your wetlands waterfowl habitat for next season! Regardless of where you hunt, better understanding duck habitat needs will make you a more successful hunter. As USDA Natural Resources Conservation Service’s Wildlife Biologist in the Mississippi Delta, Kevin Nelms is a duck hunter that has spent the past couple decades designing and developing numerous private-lands waterfowl impoundments pursuant to Wetland Reserve and other Farm Bill-related programs. He’s worked extensively with private landowners throughout the region, improving desirable duck habitat conditions, enhancing duck utilization, even putting together a handbook that Ramsey considers must-have staple for waterfowl habitat management (refer to related links in podcast description for your own PDF copy). In today’s Duck Season Somewhere podcast episode, Ramsey and Nelms make introductions then cannonball off the bow into murky subject matter, discussing prevailing silver-bullet misconceptions to waterfowl habitat management; duck life-cycle requirements on the wintering grounds; why recognizing and satisfying certain life-cycle requirements may attract more waterfowl; managing vegetative succession; the importance of invertebrates; and more.

May 3, 2021 | DUCK SEASON SOMEWHERE PODCAST
Listen to this episode

Mississippi native Alex Littlejohn remembers “Tallahatchie tree line duck hunting” with family members as a youngster after Canada geese ceased migrating to Mississippi. While in college, he guided duck hunts on South End Trails portion of Beaver Dam, the cypress oxbow lake made famous by Nash Buckingham, and worked at Wild Rose Kennels.  What was it like hunting at Beaver Dam Lake, what are some of his favorite memories, and what do ducks do in lightening storms?  What his most endearing memory of a favorite uncle that taught him to duck hunt and call ducks? And what happened in southwest Louisiana that made him wonder about predestination? Today’s Duck Season Somewhere podcast episode is a slow burn conversation, like two buddies sipping bourbon toddies during a rainy Mississippi duck hunting camp afternoon. All duck hunting listeners will relate.

“She’s probably banded more ducks than any non-biologist in North America,” said the mutual friend that introduced us.  Liz Bourgeois grew up alongside 4 brothers, hunting the bayous of Avoyelles Parish, Louisiana. She was mentored by her father, who instilled in her a strong sense of conservation and unyielding independence. She now bands thousands of waterfowl annually, but finds purpose transferring those values to countless volunteers that know her only as a tireless fireball of enthusiastic energy.  What does Liz recall about growing up hunting with her father? How’d she go from forensic accounting to waterfowl banding? What changes has she seen in Louisiana duck hunting, how’d her hunting background shape her wildlife technician skill-sets, and what interesting waterfowl behaviors has she learned learned while banding? Why’s it important to Liz that women have a sense of agency outdoors, and how does her facilitating hands-on waterfowl banding experiences ignite passion for wildlife?  She’s the real deal, folks. Buckle up and grab the handle because she plows through this Duck Season Somewhere episode like only Mama Duck can!

Preceding the 1918 Migratory Bird Treaty Act, duck hunting was not considered recreational. It was big business. Very big. Who was Florine “Pie” Champagne and how’d he start hunting ducks commercially? What was his daily quota, how’d he hunt and where’d all those ducks go? Where’d he get decoys and calls, and how big was his spread? What firearms did he favor and just how good were his shooting skills? What became of Pie after market hunting? And why does he remain Louisiana’s most famous market hunter? In today’s Duck Season Somewhere podcast episode, grandson Benny Broussard borrows from his own boyhood memories, his mother’s meticulous notes and his uncle’s supper table stories to describe his famous duck hunting grandfather, portraying the people and culture of last-century Louisiana duck hunting “hired guns”.


On Louisiana Bayou with Dale Bordelon

Dale Bordelon is continuing Louisiana bayou traditions by making 100% hand-made cane calls. And everything else. In today’s Duck Season Somewhere podcast episode, we discuss why Bordelon prefers duck hunting over things he hand-makes the same way his ancestors did. Why did he choose duck hunting this past season with a century-old shotgun? Preceding an upcoming episode about Louisiana’s most famous market hunter, Bordelon describes old decoys, how market gunners got their goods to make, and much more.

In today’s Duck Season Somewhere podcast episode, more Louisiana market hunter stories as Mr. Johnny Borrel continues describing differences between today versus then. Why might there be fewer ducks in Louisiana?  How has the landscape changed? How have duck hunters and the way they now hunt changed? How important is hunter concealment? What are Mr. Johnny’s thoughts on shooting flying birds? What he can he tell from hunters’ volleys from a distance?  And does he have any regrets? From Avoyelles Parish, Mr. Johnny unapologetically takes it to the plug again, connecting listeners to the not-too-distant past as fluidly as shells shucked through his well-oiled Model 12.

Obregon Mexico duck hunting has been a barrel-burner flagship GetDucks destination for nearly a decade, usually booking out over a year in advance. But why?  In today’s Duck Season Somewhere podcast episode, Ramsey Russell joins guests for frosty, post-hunt margaritas, listening to what they most enjoyed about waterfowl hunting where the Sea of Cortez meets the Sonora Desert.  Who are they and where are they from? Why’d they choose this destination as bucket-list hunt worthy, and what will they most remember about this south-of-the-border experience? Laid-back conversations that honestly depict Obregon duck hunt from hunters’ perspectives.

Maybe the good old days were different. To hear today’s guest tell it, it wasn’t a hundred years ago but during my own lifetime that salt and pepper were the only real Louisiana seasons abided. Everything was eaten, by necessity in many cases. Everything. And local wildlife markets thrived. Mr. Johnny Borrel from Avoyelles Parish began hunting at a very young age. He started market hunting in high school and tells us what it was like back then. When and why did he start selling wild ducks? Where’d he sell game and what were the going rates? What’s the most ducks he ever bagged? What about game wardens? What shotgun was considered best? When and why did he stop? Mr. Borrel is an animated storyteller, a steel-trap mind for details.  Like a hell-bent green-winged teal with a tail wind, today’s Duck Season Somewhere podcast episode is going make your head spin!

Like gleaming gold nuggets to ’49 boomtown miners, waterfowl leg bands are precious commodities coveted by some duck hunters. But to folks like Dr. Doug Osborne, these data points are a bonanza of much needed information.  Who is Doug Osborne, and why’d he start The Osborne Lab at University of Arkansas at Monticello? Why is waterfowl banding on the wintering grounds important, and how does it differ from late-summer banding in Canada?  How important are mallards to banding programs – and what’s so special about hens? What’re some cool things Osborne has seen along the way? Are flyways shifting westward? Why might we be seeing more ducks after hunting season?  Passionate about his waterfowl research, Osborne sheds light on some topics we hunters have been discussing among ourselves for years, and leaves me wondering about a few things that had not yet crossed my mind. Which is the whole point of meaningful research. 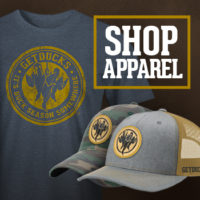