Great shooting and atmosphere. There were so many things to do beside just hunt.

Mazatlan Mexico duck hunt – Good accommodations. Good outfitter. Good hunting. I was impressed with the organization of our outfitter. I was impressed that they insisted that bag limits be obeyed. There were more shovelers than pintails when we were there. Excellent communications with GetDucks.com staff. Their knowledge of the hunt, outfitter, and resort are excellent.

Obregon Mexico duck hunt was fantastic! We had a couple of mornings that were slower than the outfitter expected, but the outfitter made a change and we had tremendous shooting opportunities for the rest of our days. Including two memorable hunts of a lifetime. We were also able to take Pacific brant limits and our trophy target, elegant quail.

One hunt stands out in my mind where we hiked out about 400 yards through the mud to a blind the guys had built that morning on a marsh. We had a slow hunt in the morning and the outfitter was eager for us to have a good hunt. Once we were in place the birds just piled in almost a fast as we could load the guns. We shot cinnamon teal, bluewing teal, pintails and Mexican mallards. Group after group, all no farther than 25 yards. It was crazy.

I can’t say enough good things about Obregon Mexico Duck Hunting Combo. From the bird boys all the way to the outfitter himself, everyone made every moment super enjoyable, whether it was hunting or non-hunting! My dad and I had as much fun hanging out with the staff as we did hunting. Every day’s hunting trips were extremely well planned out with seamless transitions. I enjoyed the extreme diversity of species and types of hunting available. I was thoroughly impressed with how friendly and helpful the staff were. They would get just as excited about us shooting ducks and dove as we were! This was truly an amazing, once in a lifetime father-son hunt with my dad.

Anita Russell was always super responsive and helpful. I feel like everything was totally taken care of for me and I was never left wondering about anything. GetDucks.com’s organization of all required payments, paperwork, and communications not only with me but with the outfitter about my desired species priorities. This was my 2nd Mexico trip I’ve booked through them, and I have not been disappointed in the least with their services!

The entire Mexico duck and dove hunting experience was wonderful.

Great hunting, wonderful lodge and fantastic staff. The entire Mexico duck and dove hunting experience was wonderful. Everything was top notch. I can’t think of anything that could have made it any better.

Cool duck species and plentiful action. If anything negative, the beers were too small haha

Mazatlan Mexico Duck Hunting – Great duck activity. Lots of ducks. Cool duck species and plentiful action. If anything negative, the beers were too small ;). Everything was taken care of by GetDucks.com. Didn’t have to worry about anything.

The hunting was great and this Mazatlan Mexico duck hunting outfitter exceeded expectations! Fast-paced action, sheer number of ducks in the area was impressive. My first time duck hunting in Mazatlan, I feel we had very productive hunts all three mornings. This trip was also a vacation for my wife and I, it was a great feeling knowing we could leave the booking and trip details up to the professionals at GetDucks.com.

Obregon Mexico Duck Hunting Combo – Easy travel. Good hunting. Lots of ducks. Great camaraderie, weather, good number of birds, staff at the lodge is good. The lodge is dated, it’s comfortable and the service and value are good. This was my 2nd trip and I will do it again. Ramsey and Anita They make the trips easy.

I’ve been lucky enough to hunt all over the country and a few distant place but Obregon Mexico duck hunting ranks high in the top 5!

Here’s a few extra copies of the Obregon Mexico duck hunting story I wrote for American Hunter Magazine. I think it turned out well, and it was a joy to relive that experience while writing it.

I’ve been lucky enough to hunt all over the country and a few distant places. I have to tell you, that hunt ranks high in my Top 5 for sure.  A lot of that has to go to you, sir.  Thanks for an incredible adventure. Hope we have the opportunity to hunt together again real soon. 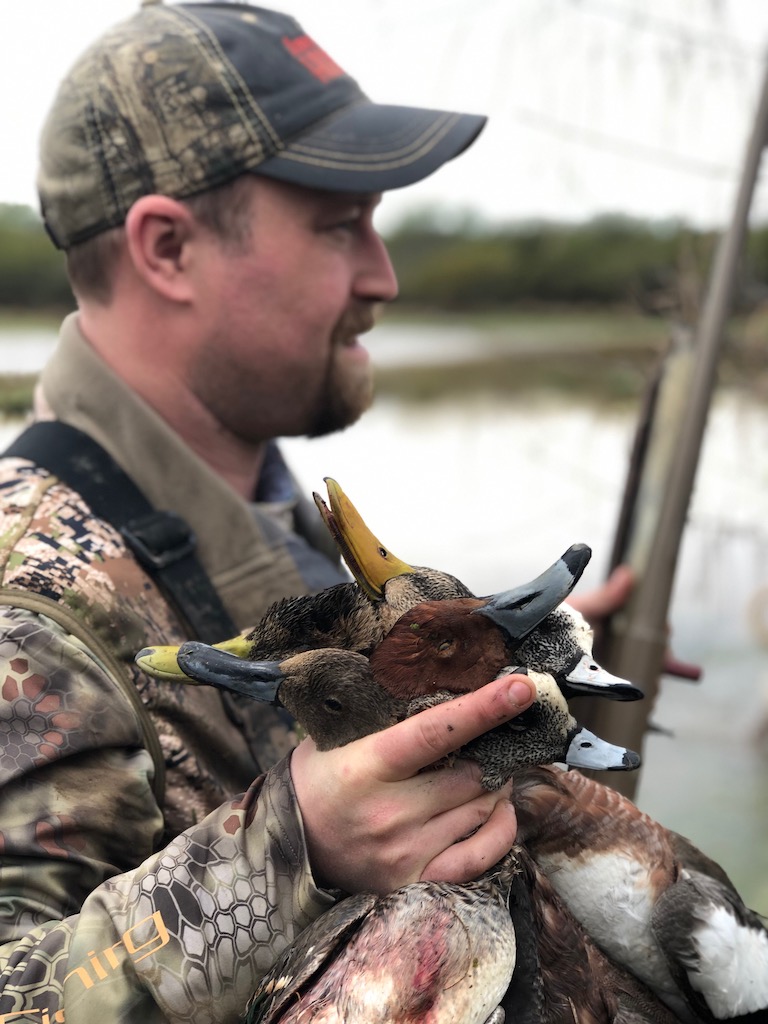